Last Thursday was the Amara Interior Blog Awards 2018 and I have the winners for you. The UK’s Best Written Blog goes to….. 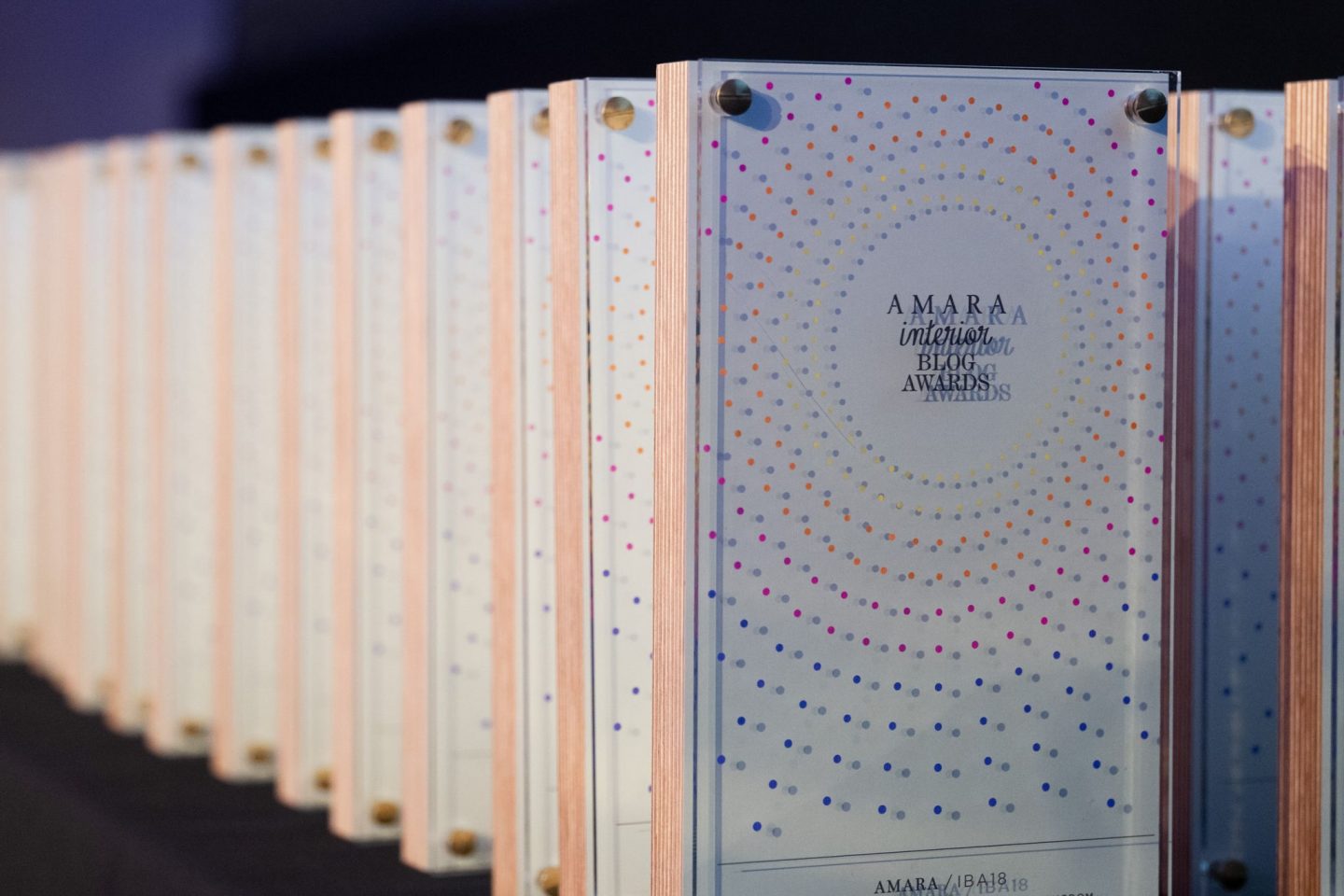 For those who blog about interiors and home décor, the Amara Interiors Awards is a milestone in the annual calendar, as it celebrates the best interior blogs in the industry. It includes a number of steps, starting with nominations in the Summer, a period of open voting, a judging panel and finishing off with a lavish ceremony to announce the winners. Since 2014, the Amara Interior Blog Awards have been seen as the most authoritative awards in the UK interior blogging industry, championing and celebrating bloggers from across the globe.

But please excuse me while I squeal. For those of you that follow me on social media, you might have seen that last Thursday was rather special. I mean really special, as I won the Best Written Blog category in the Amara Interior Blog Awards 2018. So squeal indeed I did, to the confusion of everyone else at the Kennedy Space Centre in Florida. You see I wasn’t even at the Amara’s this year, as my husband and I were celebrating our 15th Wedding Anniversary with a family holiday to Florida. So in my place was Phoeby Oldrey of Smart Style Interiors, who called me as soon as she’d been up on stage to collect my award (and what a great job she did!). 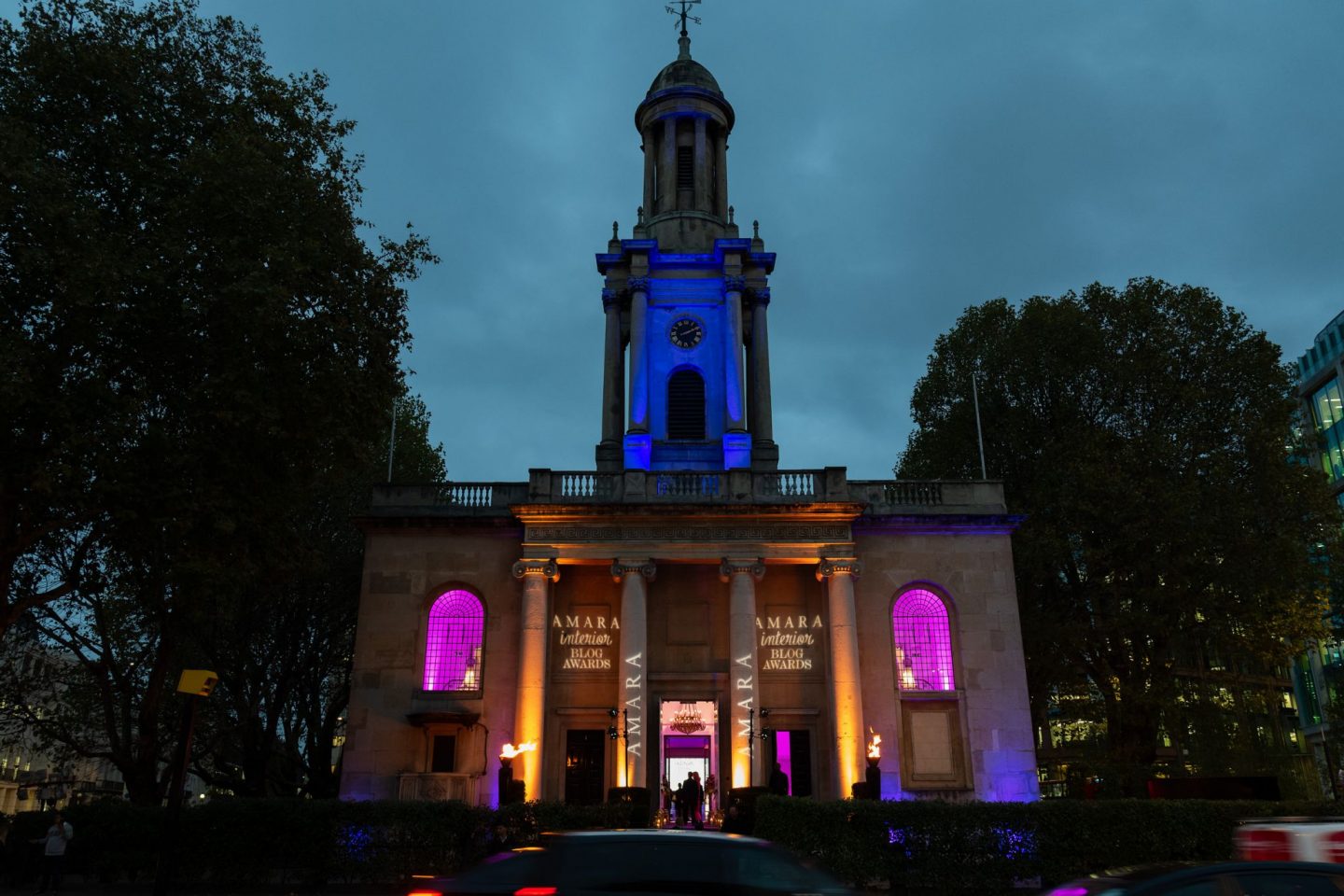 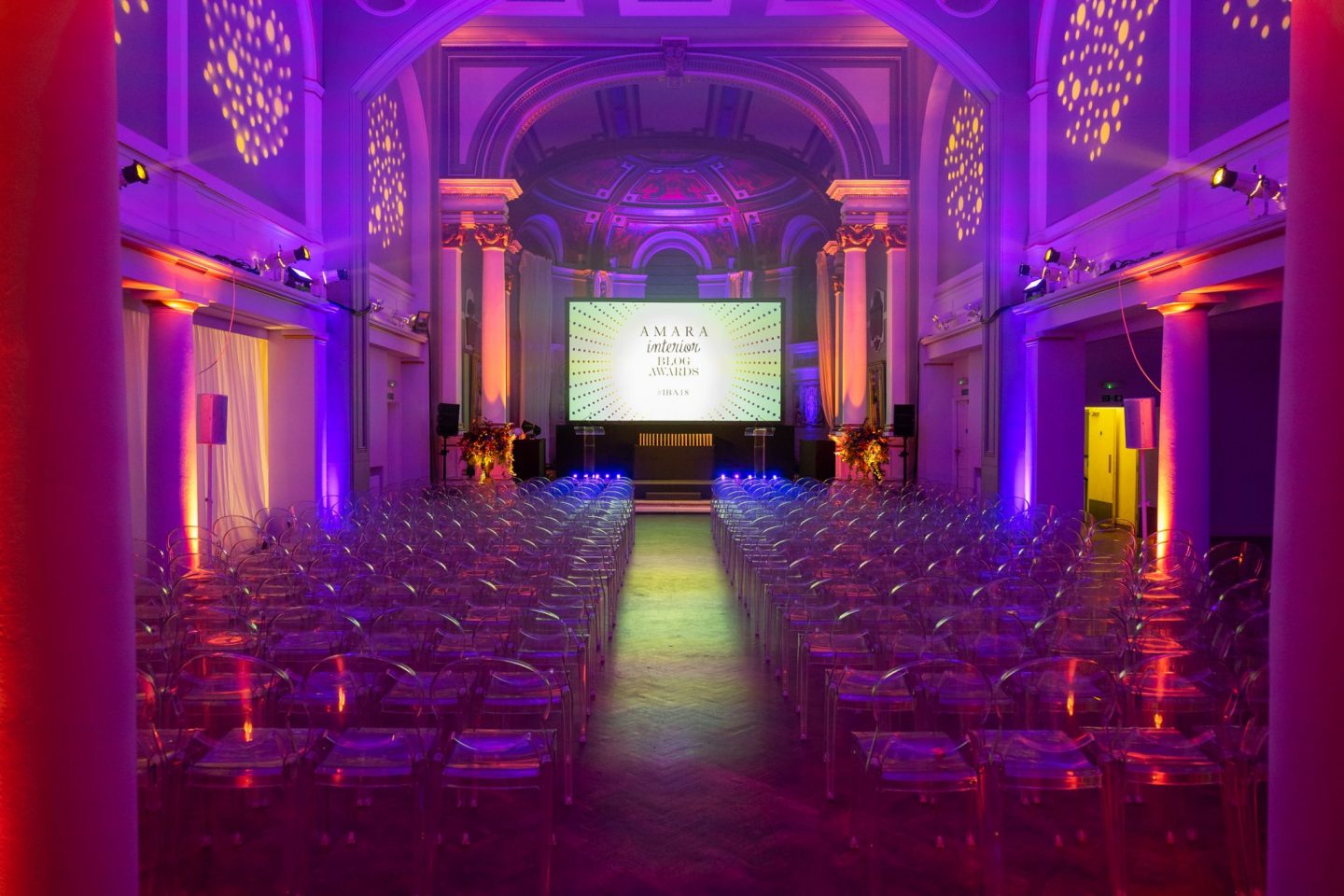 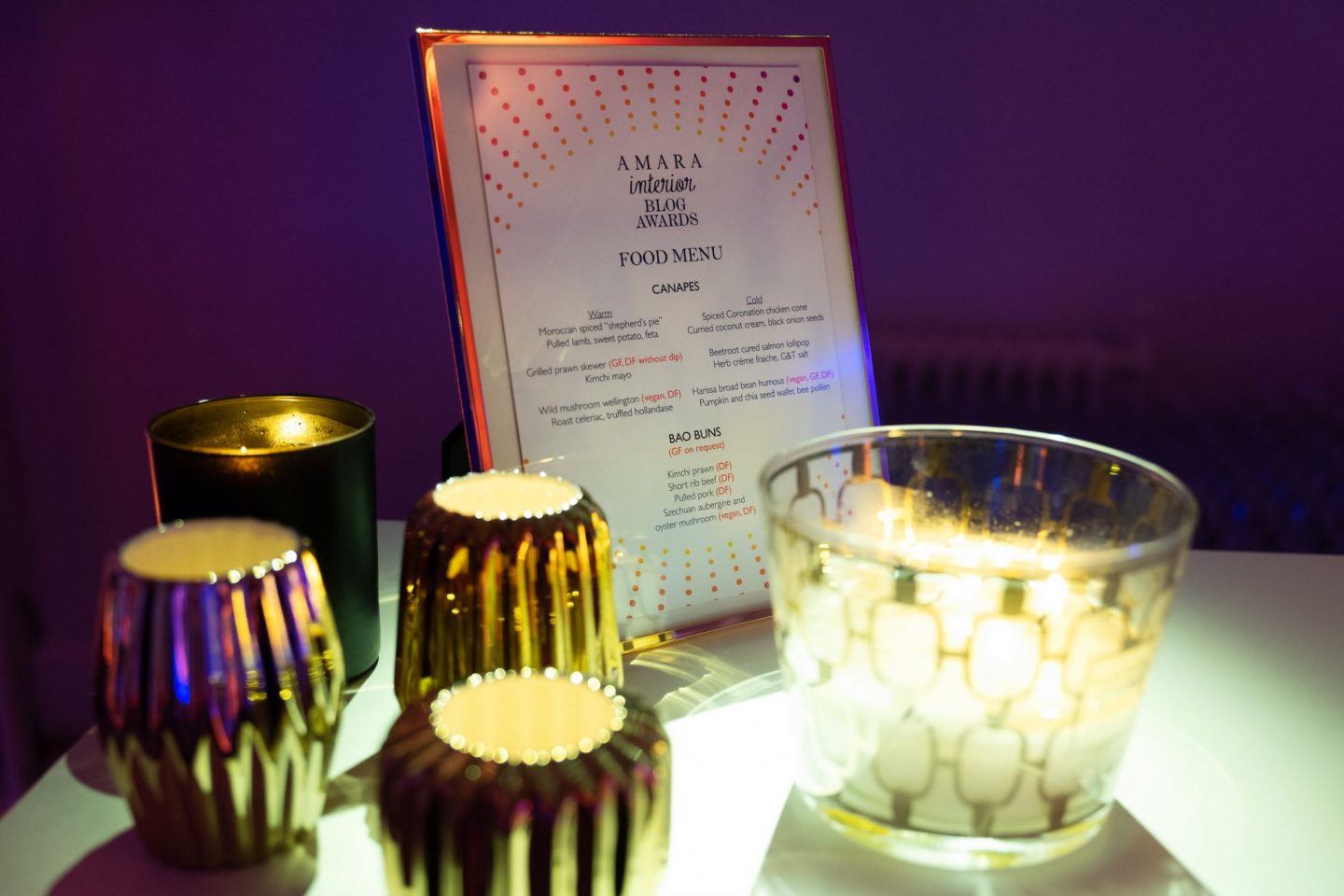 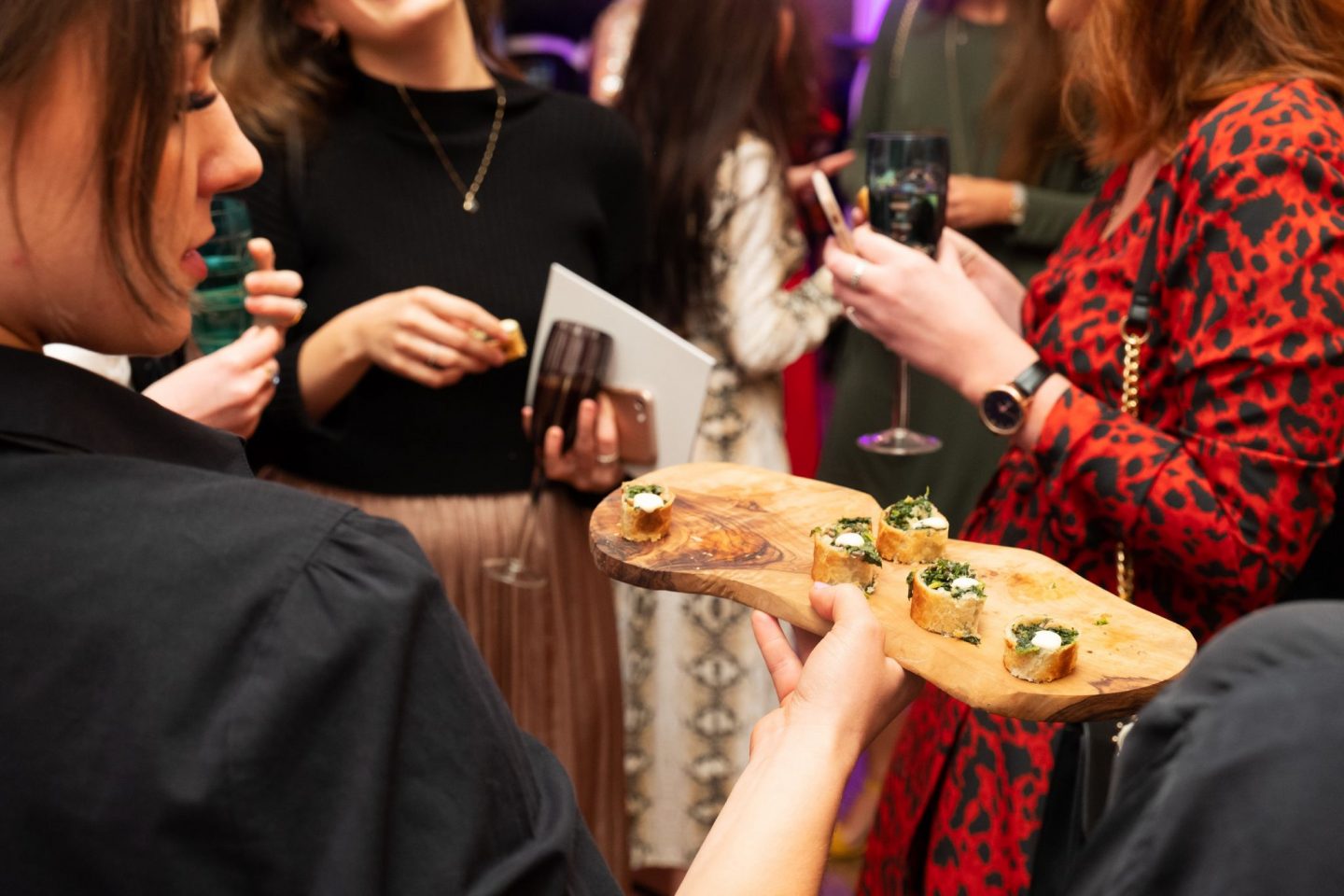 You’ll recall that last year I went along to the awards with Annie from Bleak House London and met lots of incredible bloggers at the ceremony – and also gave away my goodie bag, which was filled to the brim with gorgeous home goodies.  I was absolutely ecstatic to make the shortlist this year and be entered into the finals and I really wish I’d had a chance to mingle with such a talented bunch of bloggers again. By all accounts, last Thursday’s award night was another wonderful evening, in the amazing location of One Marylebone, a disused church that has been transformed into an events space. It was filled with the wonderful Amara team including Sam Hood, bloggers from around the globe and hosted by Michelle Ogundehin, TV presenter, writer and former editor of Elle Decoration Magazine. With canapés, cocktails and a shared passion for interior design, everyone was waiting for the announcements of the category winners. I was in a really strong category with Victoria Jackson of Apartment Number 4, Katie Woods who writes Come Down To The Woods, the lovely Jess Hurrell of Gold Is A Neutral and Rachel Southern who creates The Ordinary Lovely. I really wasn’t expecting to actually win, and soooo wish I’d been there to hear my name being called by Michelle Ogundehin. But as you know I was sunning myself in Florida, but don’t worry I raised a toast to myself at the Four Seasons in Orlando later that night! 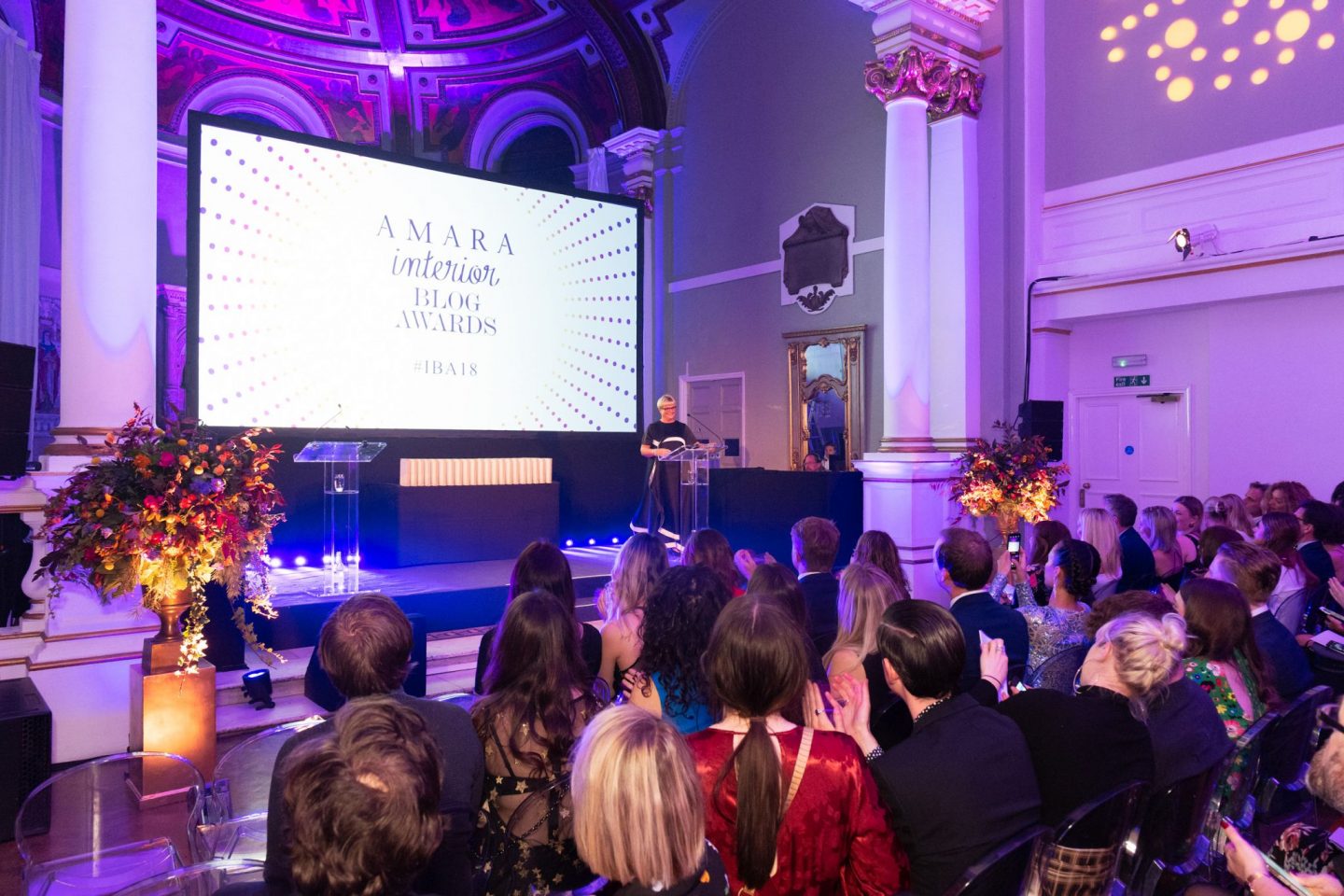 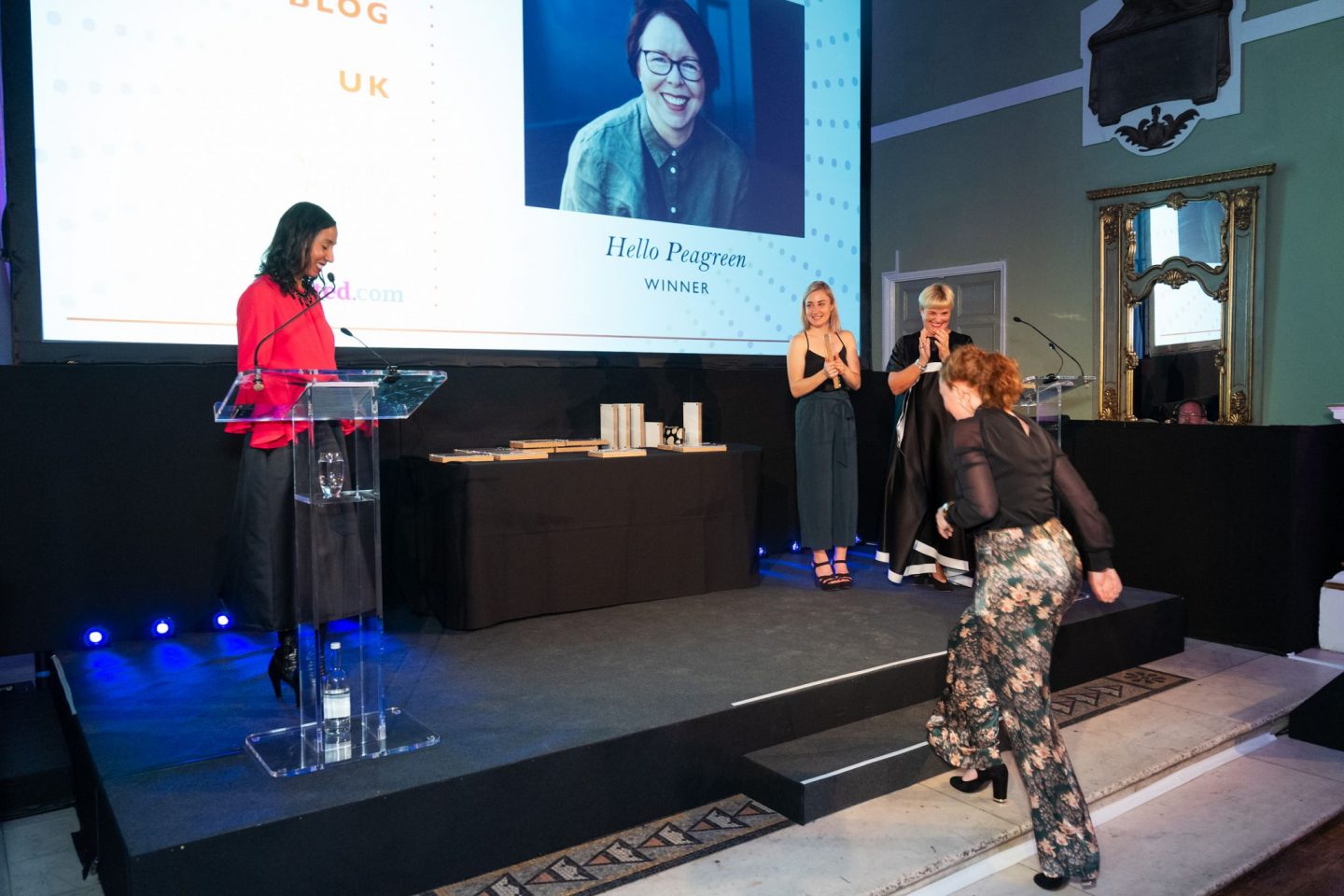 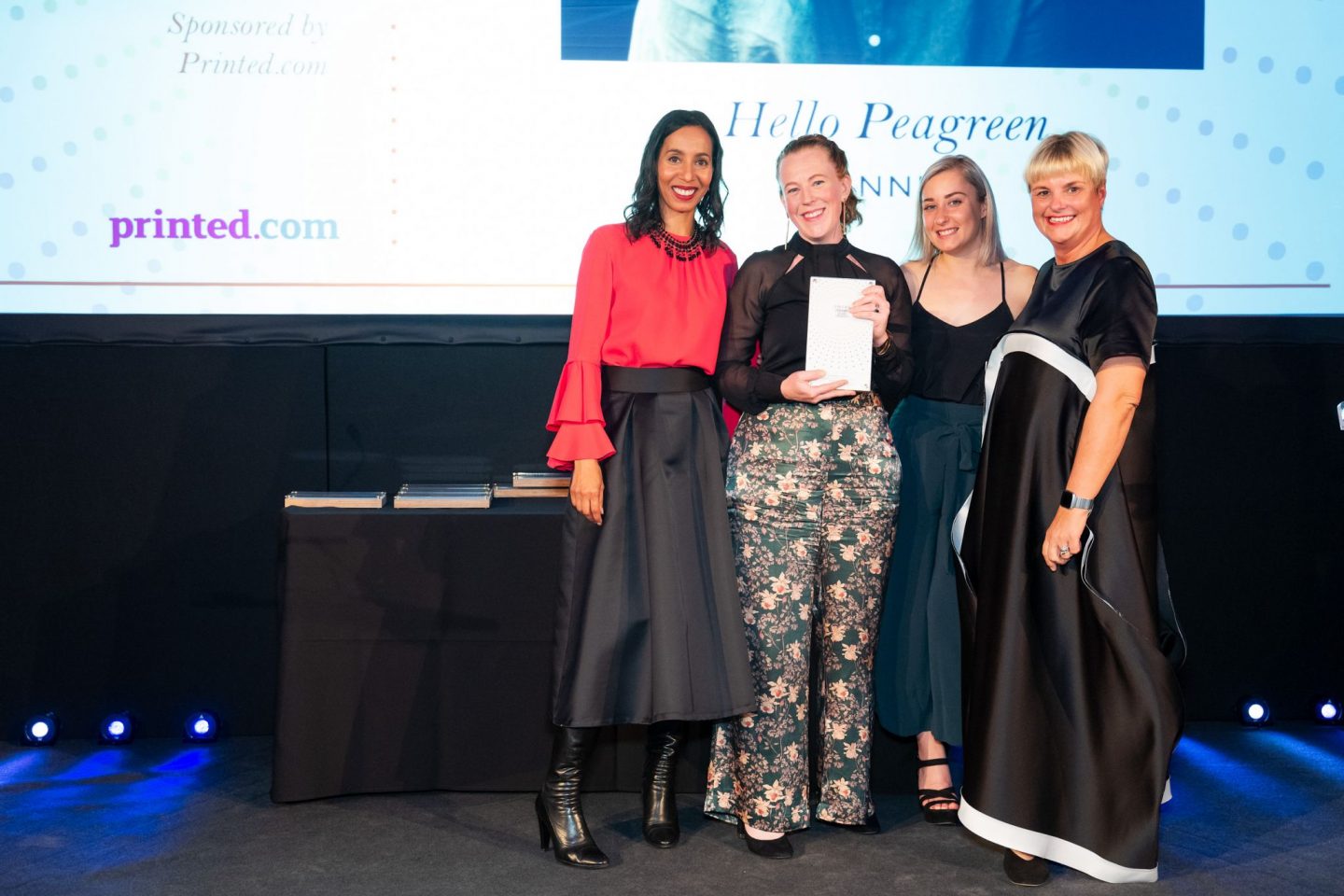 If that wasn’t enough excitement I found out early this week that I was in the Sunday Times and also in the Evening Standard Homes & Property section, both featured pictures I had taken at Cersaie. I don’t think my heart could have taken it, if I’d actually seen them in person in the paper… thank goodness I was living it up on holiday instead.

I have been writing this blog since 2010 and initially, it started out as a scrapbook where I could keep things that interested me in interior design, and share them with people who might also be interested in my little corner of the internet. At the time I’d just finished my PgDip in Architectural Interior Design and was interning in design studio’s in Chelsea (at the ripe ‘old’ age of 34… significantly older than the other interns around me I might add). Fast forward through working in Design Studio’s in London, having a child and writing for magazines but my blog has always been bubbling along beside me (although it almost went extinct when I had my son). It wasn’t until the Amara Interior Blog Awards 2018 that I managed to get to the shortlist stage. I’ve actually been nominated for the past 5 years and begged for votes for the last 5 years too (thank you so much for supporting me, I know I’m a pain at times).  As a spare-time blogger, it’s easy to be filled with feelings of ineffectiveness, fomo and quite frankly question whether its worth the time sometimes. In a constantly moving digital space where blogs have given away to Instagram, vlogs and podcasts in content popularity, winning this award has truly been the icing on the cake and the boost that I needed. Don’t get me wrong I’ve had a really great blog year and I love how Hello Peagreen is morphing and changing but this award has been a real validation that my readers, the judges and the interiors blog industry think it’s good enough. It shouldn’t matter as much as it does, but I am truly touched by the award.

I would also like to take this opportunity to thank you for your support and for voting for me, I really couldn’t have done it without you! I am grateful to count you amongst my readers and I promise to do my best to continue delivering interesting and inspiring content.

So let me get on with it, I promised a list of winners after all. There were ten categories split into three sections of UK, USA & International winners, so 30 in total, and without further ado this is how the evening went for the UK based bloggers.

Best Colour Inspiration | Well I Guess this is Growing Up

Best use of Photography |The Villa on Mount Pleasant

Once again thank you for your support and for voting for me in the Amara Interior Blog Awards 2018. 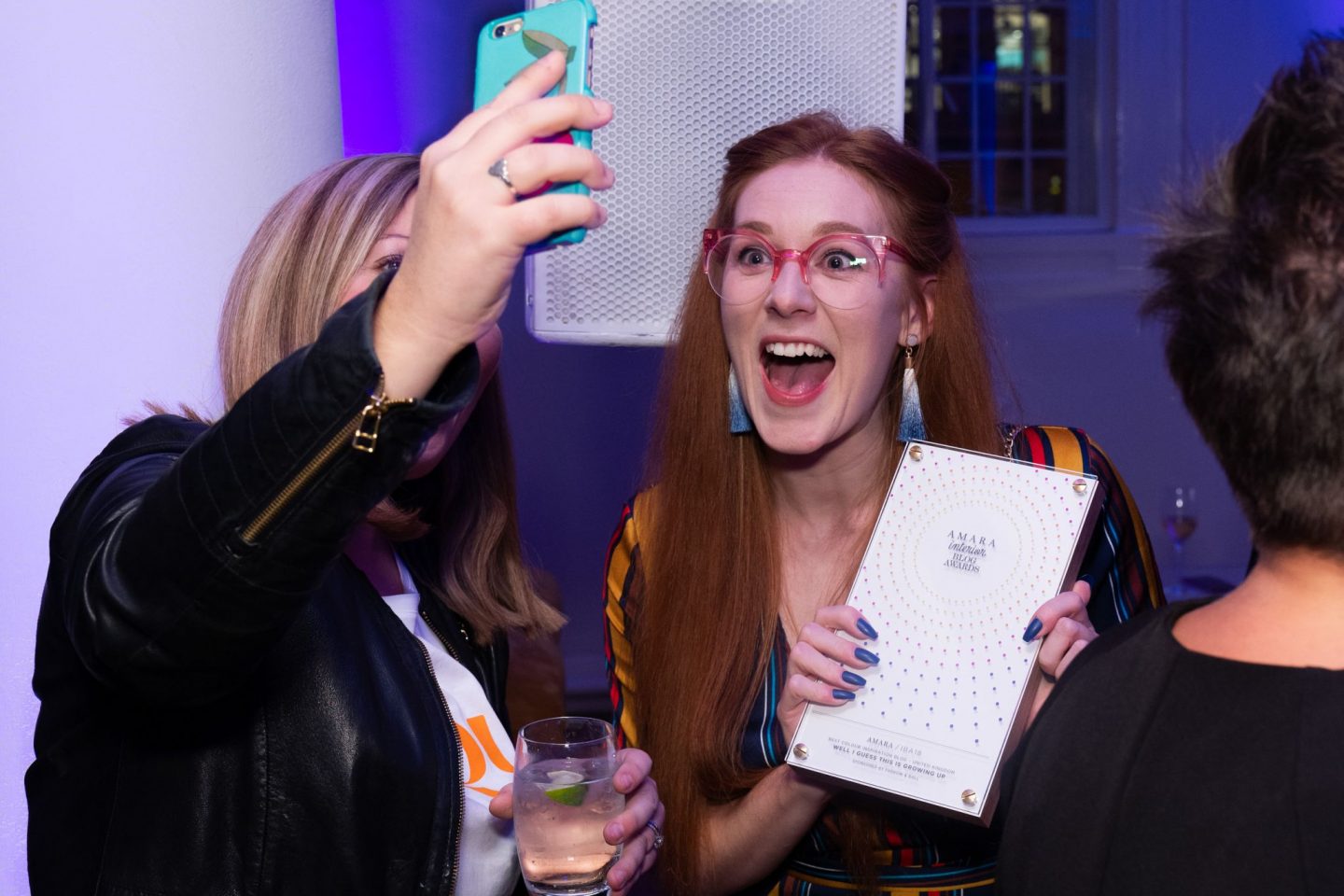 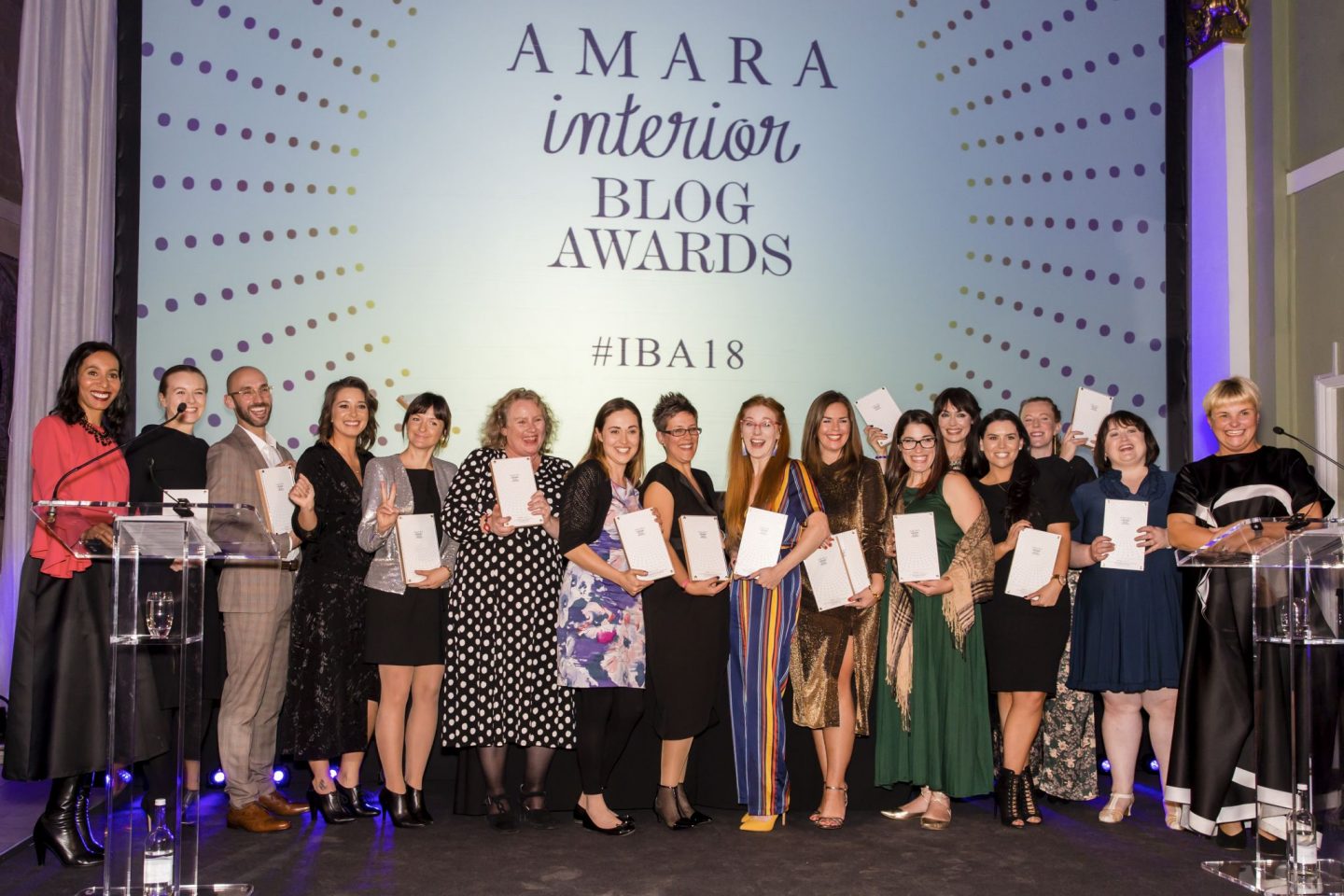 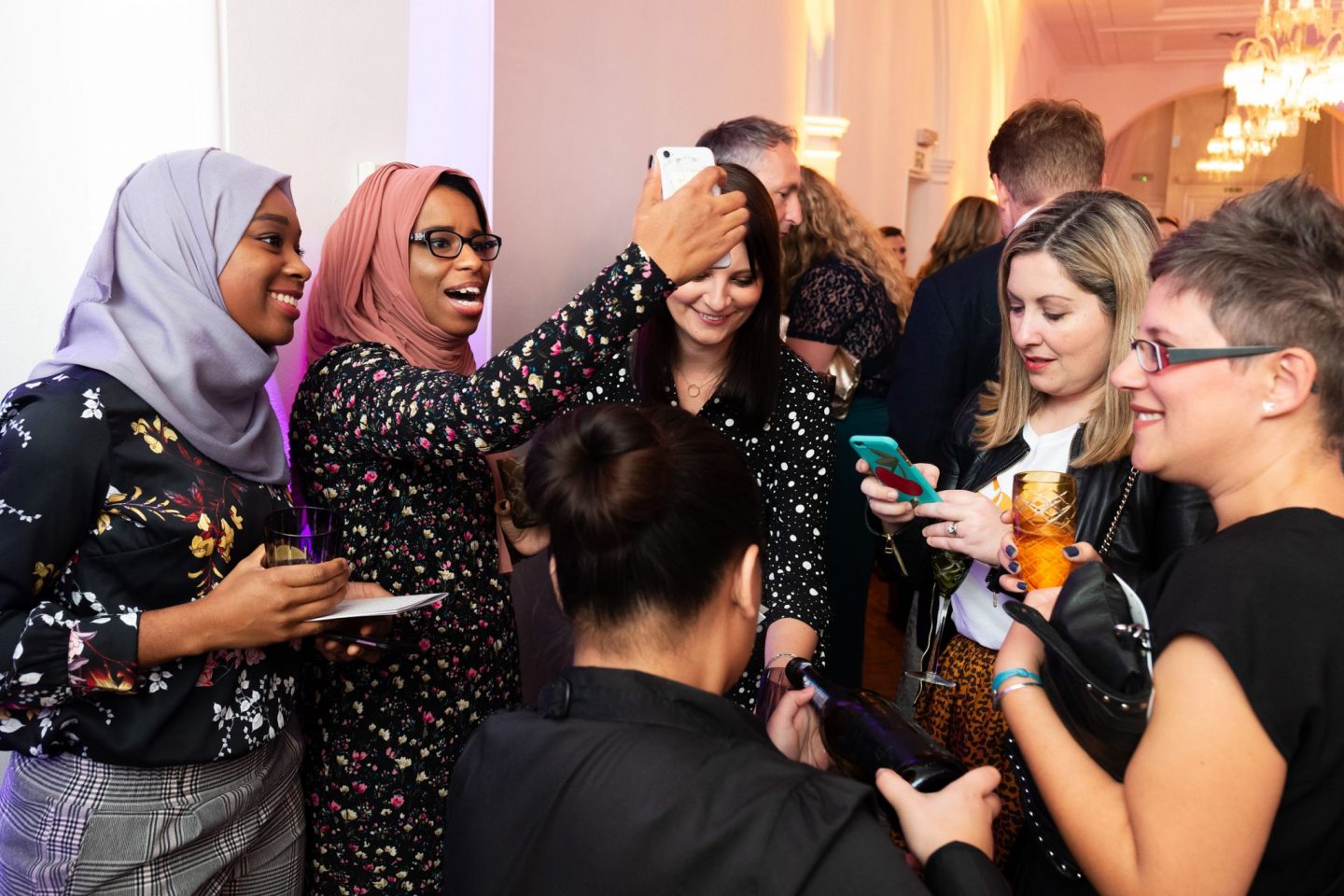 All Photo Credits Clément Lauchard except below. 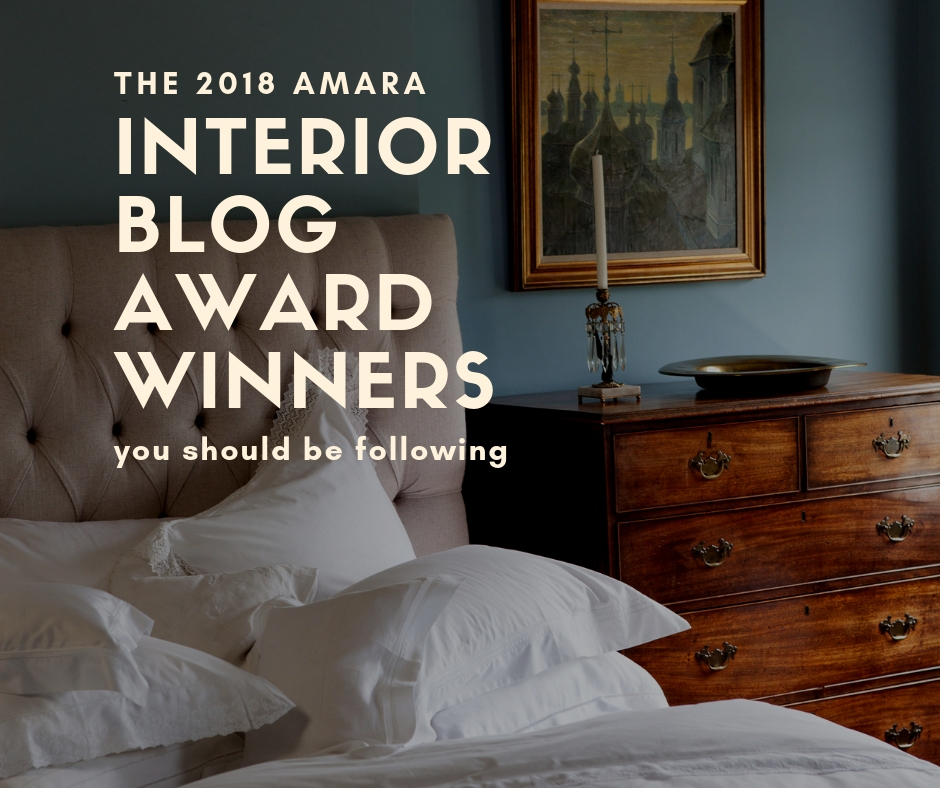