Hemma Stories from Home was a Scandinavian design dream in the Brera District during Milan Design Week.

Milan Design Week almost feels like a distant memory. Thankfully my feet have recovered at last and I’ve filed away all the press materials I brought home. However, the products and design direction I spotted at Milan Design Week are still very much present with me.  I’ve shared already my finds from Salone del Mobile here and highlighted the trends from Eurocuccina here. But there is more to Milan Design Week that just the halls of the Rho Fierra and if you were following along at the time on Instagram you’d have seen much much more. The Fuorisalone is a series of events distributed all over Milan on the same days when the Salone del Mobile takes place, which this year was more than 2000 events. There isn’t a cat in hell’s chance of getting around them all, or even getting around all the “design districts” – there were eight of them this year. One of my favourite exhibitions from the Fuorisalone, I saw on my first day in Milan before the “official” opening was Hemma Stories from Home. Sweden has long been an innovator in the design stakes and an influencer in creative thinking, and they didn’t let the side down in Milan. Stockholm Furniture Fair is one of my favourite trade shows and always a popular topic here on the blog.

An initiative set up by the Swedish government in 2017, Swedish Design Moves brought together a selection of Swedish companies and designers to create Hemma Stories from Home. The concept was a look to the future while trying to improve the lifestyles of individuals and communities. The brands and designers, in keeping with Scandinavian style, combined functionality with a pared-back aesthetic to both space and furnishings. Set in the busy central Design District of Brera the installation was design directed by Joyn Studio (founded by Lisa Grape, Helena Eliason and Ida Wanler), a small interior architecture studio with one great ambition: to put people in the right mood. 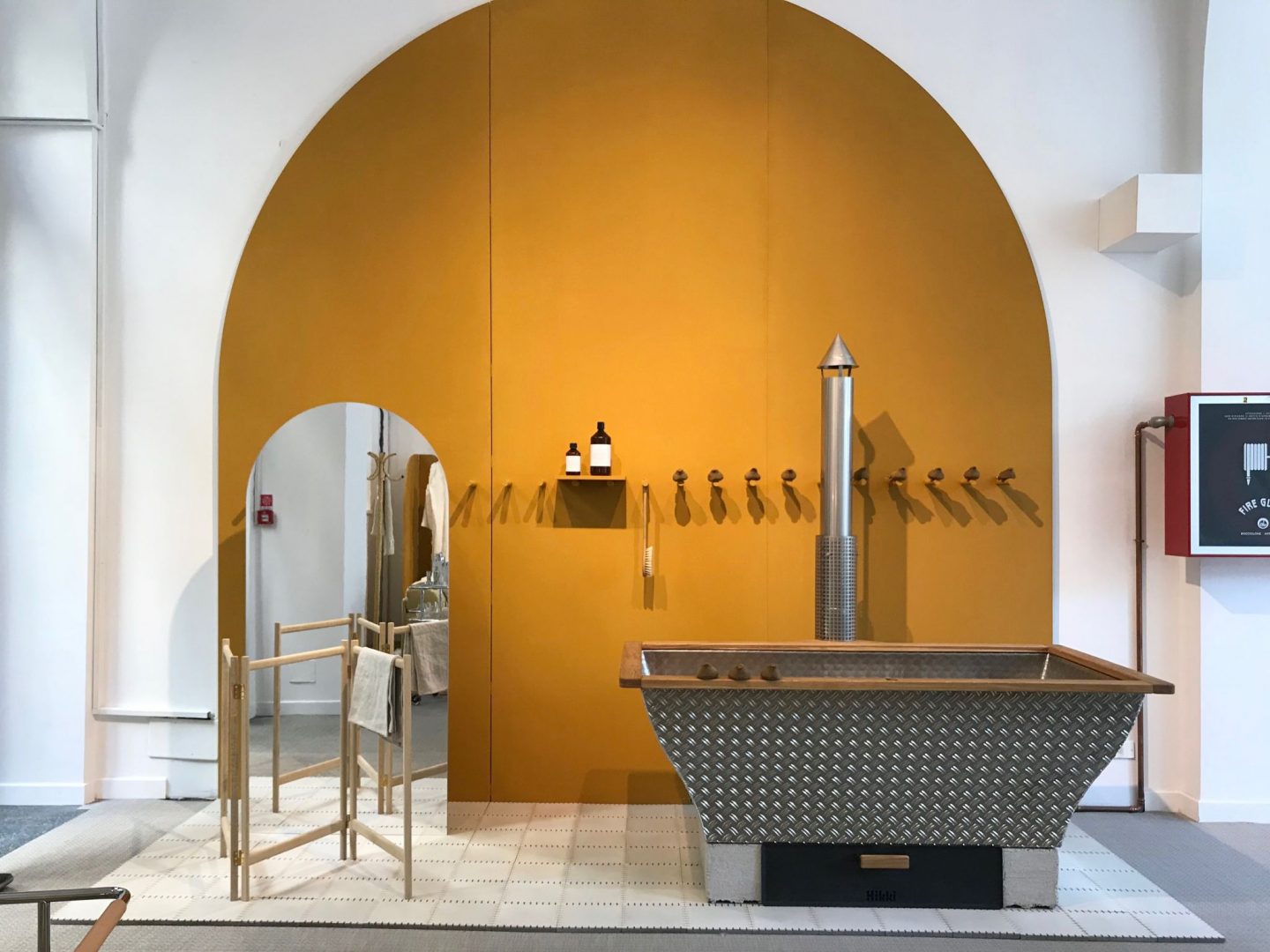 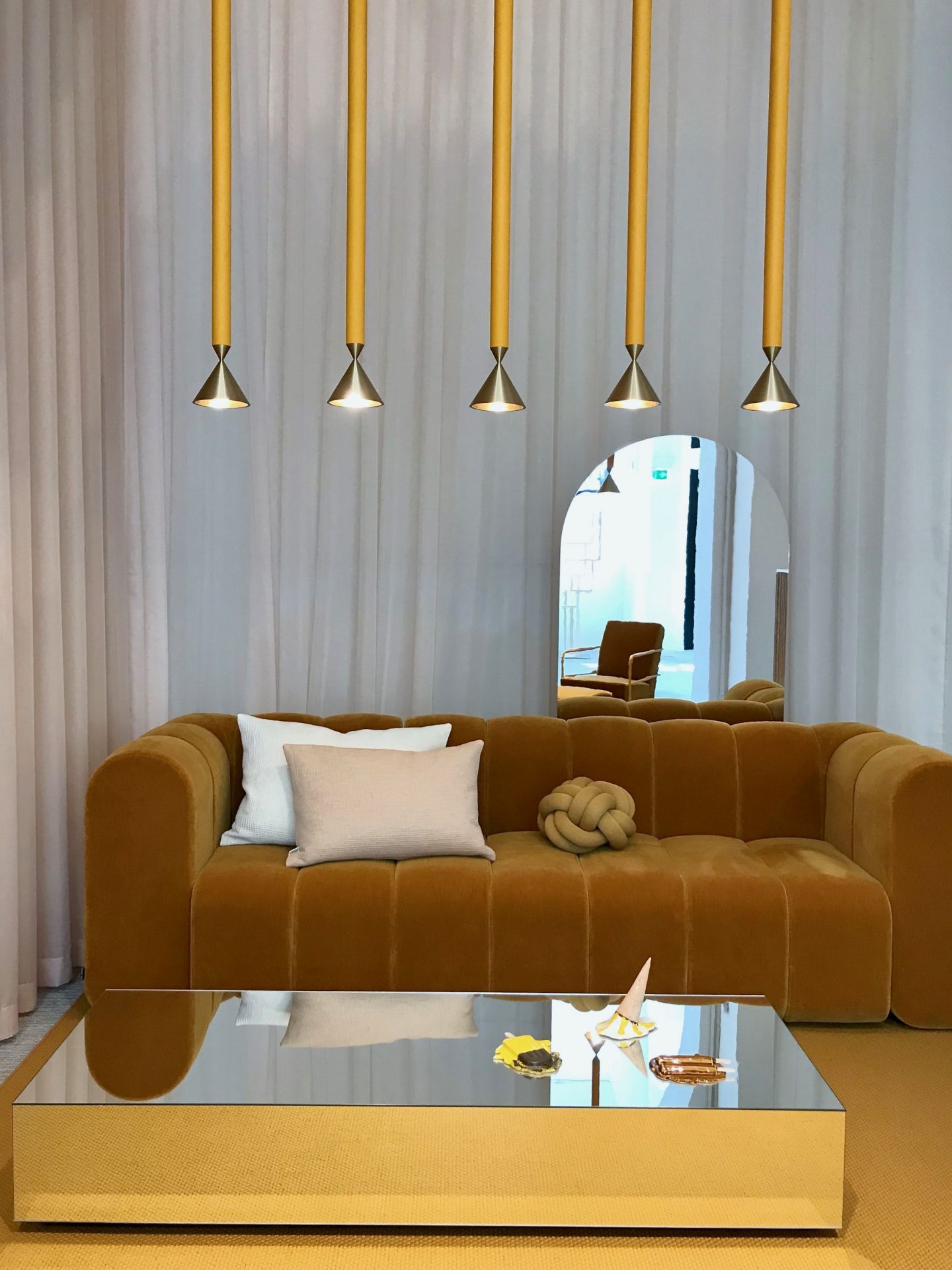 When you’re at an exhibition or a design festival like Milan Design Week it’s easy to see the recurring themes. I can’t help but notice design trends, even when I’m trying hard not to pay them too much attention. Primarily it’s because I believe we should design and decorate based on our own personal expression and tastes, rather than being followers of fashion. I wouldn’t dream of wearing a crop-top for example even though they are fashionable, so why would I do the equivalent with my home and interior? Saying that sometimes a burgeoning trend is absolutely my taste. Walking through the Hemma- Stories from Home exhibition I couldn’t help noticing how the light-filled spaces were punctuated with rich mustard yellow. Definitely a trend I’m onboard with already, having the colour in my home. What was new though was it’s companions of pale pinks tones, hits of almost neon brights, fleshy neutrals and apricot hues. It was a wonderful palette that showed that Swedish design isn’t just white or pale cool tones, it works equally well with warm tones. Hemma Stories from Home was still a vision of minimalism, but it was layered and nuanced. Simplicity with a tactile quality due to velvets, leather, gathered fabric-covered walls and the ubiquitous wood.

My favourite “walkway” in the space was the simple, calm arched corridor created with voiles and lighting. 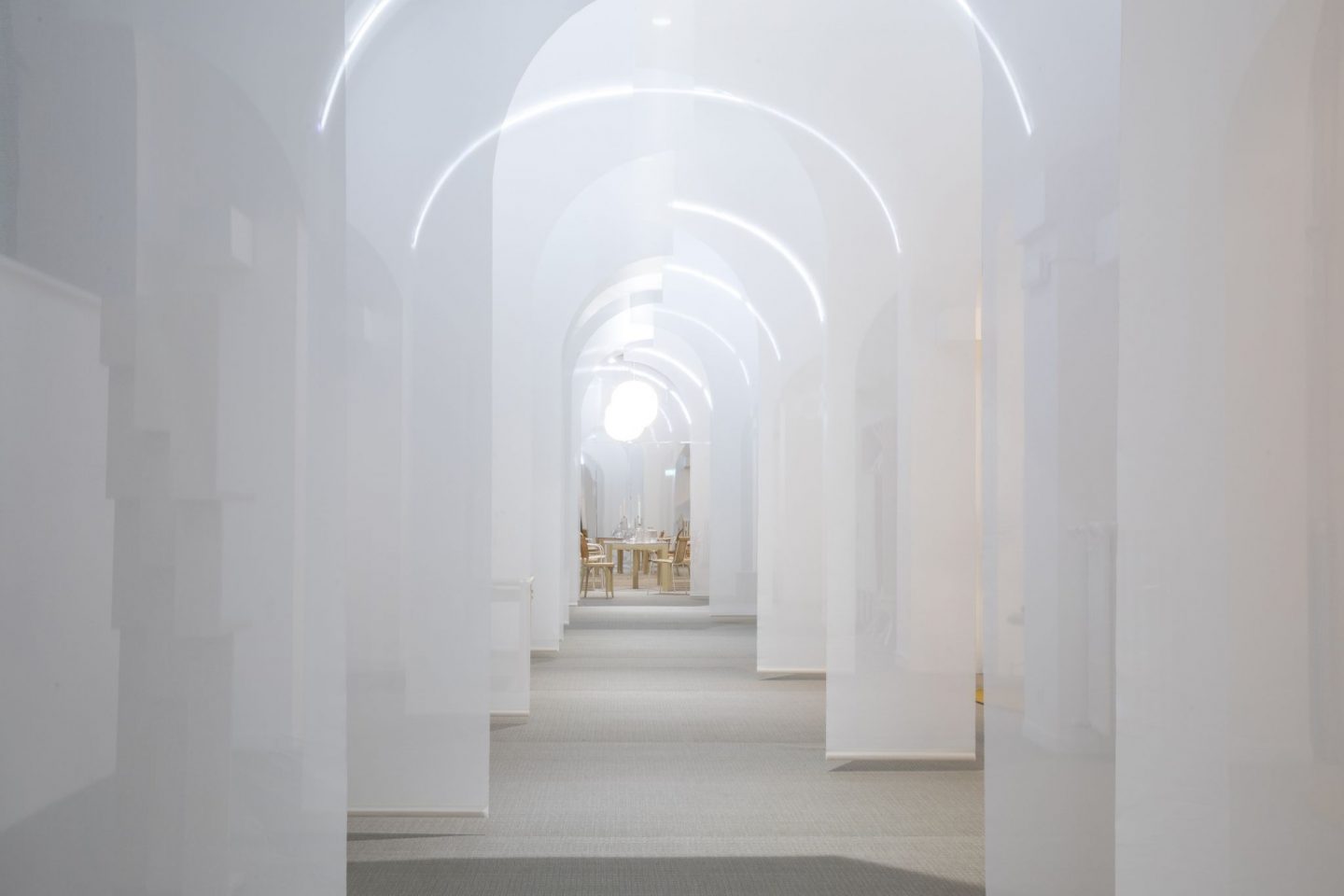 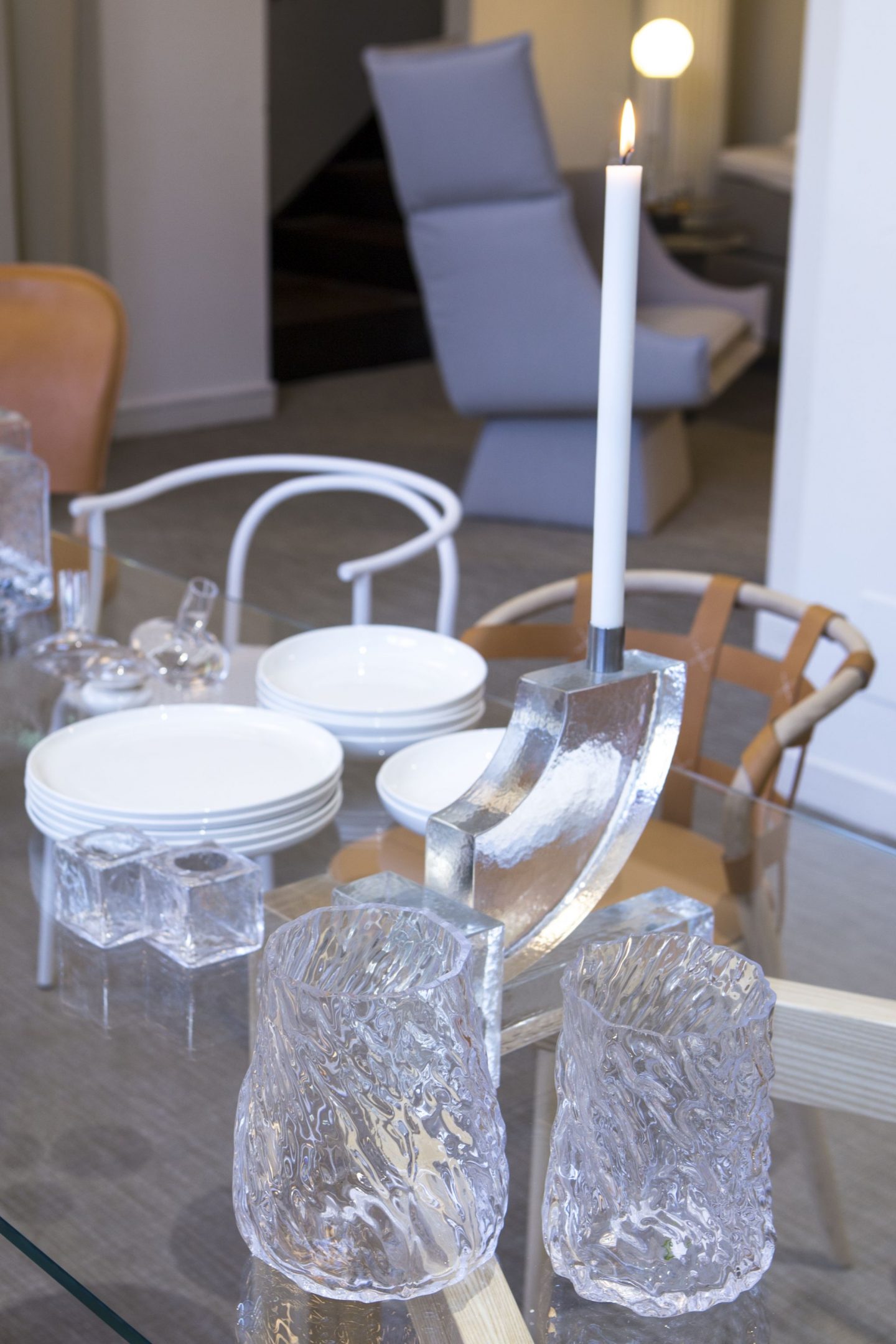 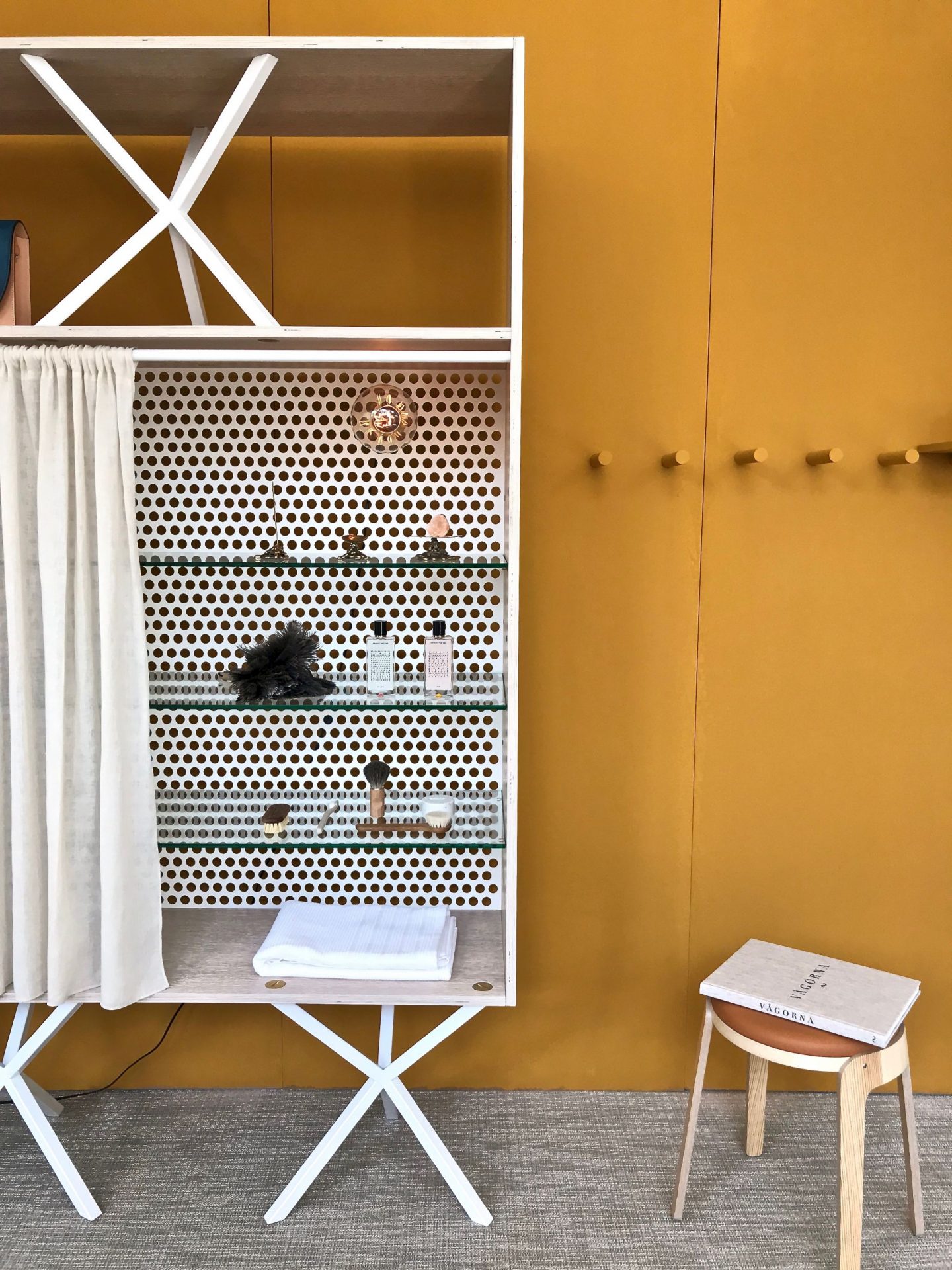 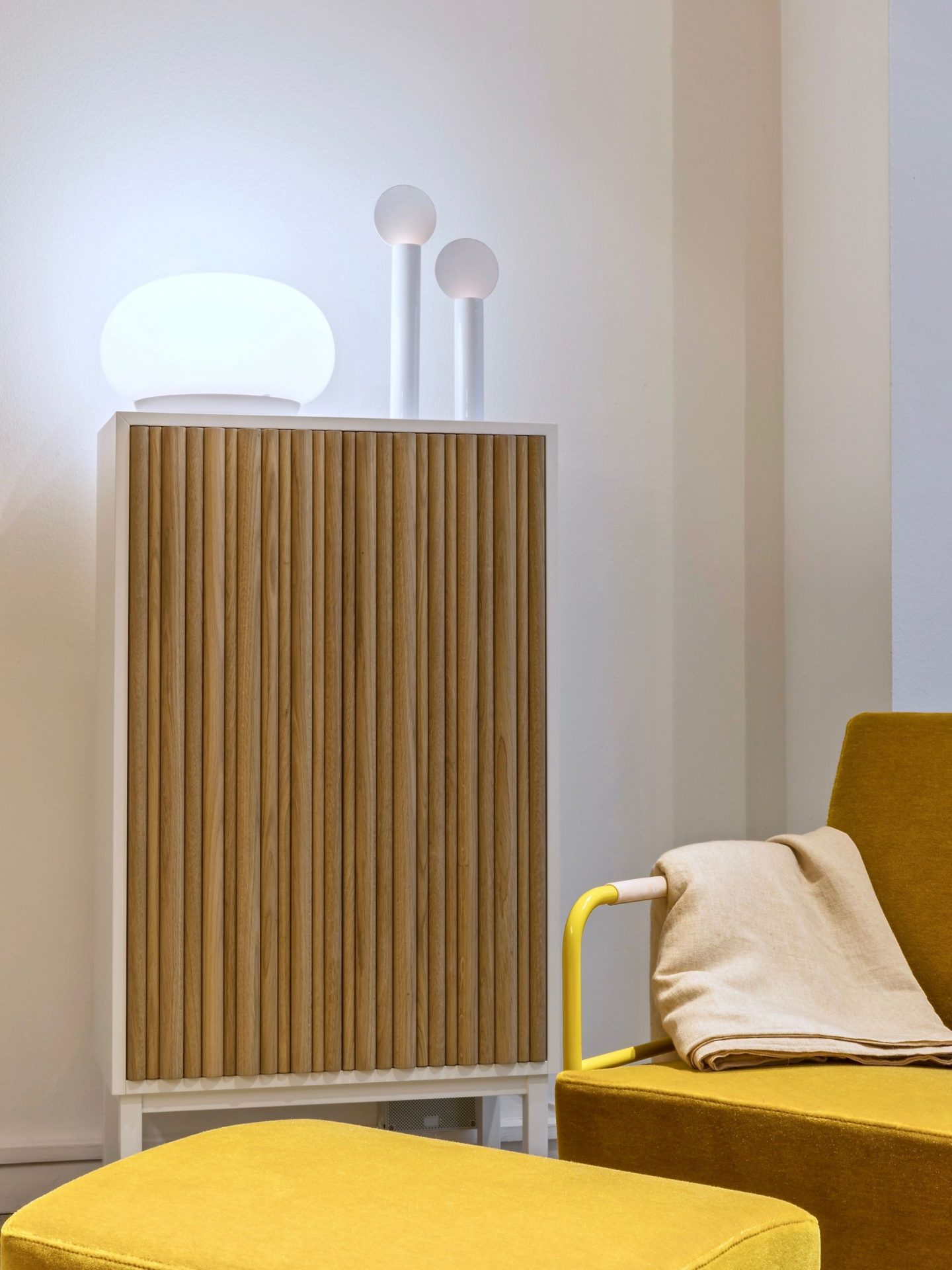 With almost 40 participants including companies, design studios, and universities with products that touch every sector of life. These included Swedish design companies such as Källemo, Lammhults, A2, Design House Stockholm, Front, Färg & Blanche and Apslund.

Can you guess my favourites though? Was it the Hikki Bathtub by Per Enoksson, Equally Strong by Hanna Wik or maybe the unnamed and yet to be released new sofa by David Design? Or maybe it was Palais Royale in White stained oak by Asplund…. 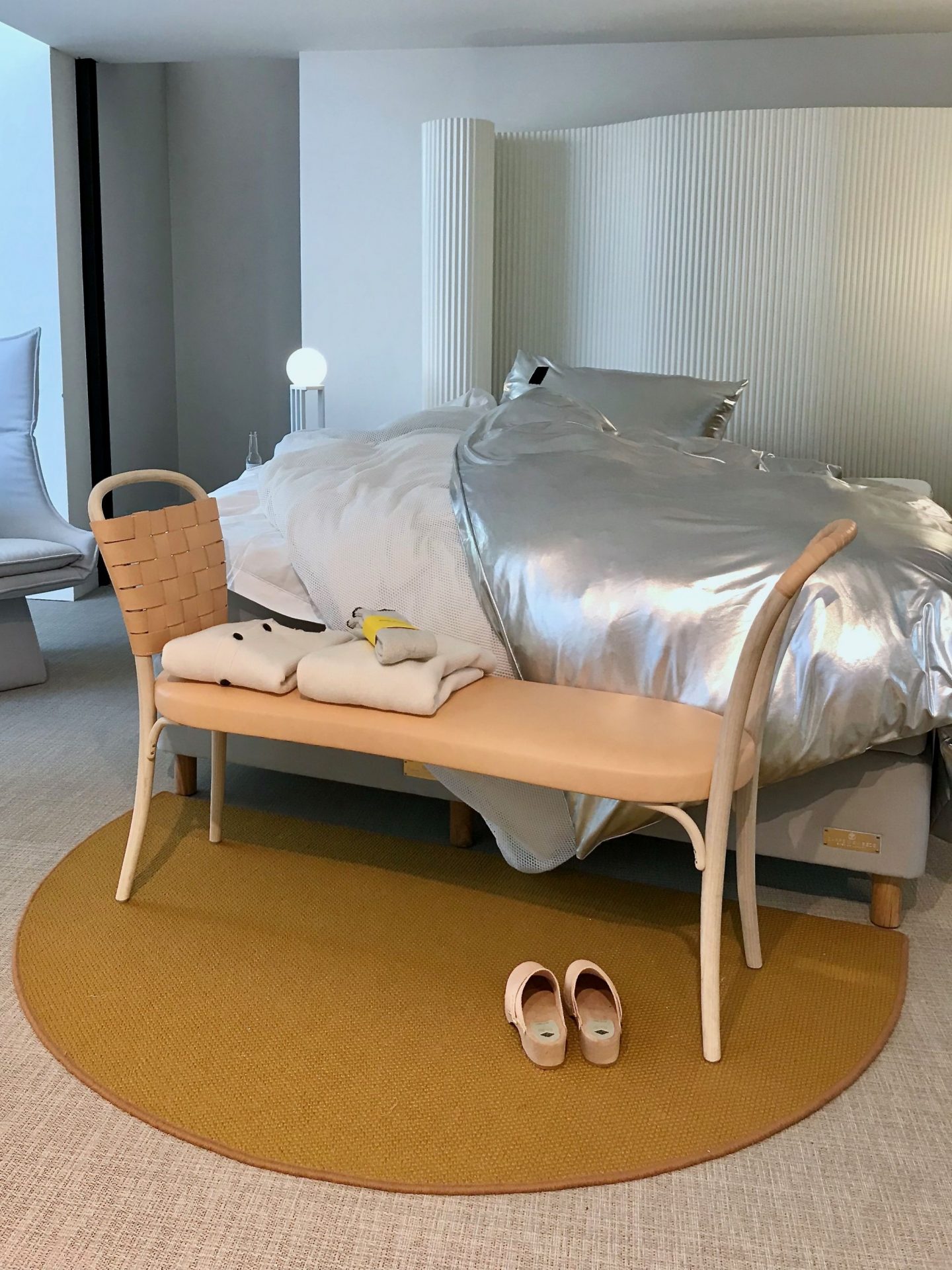 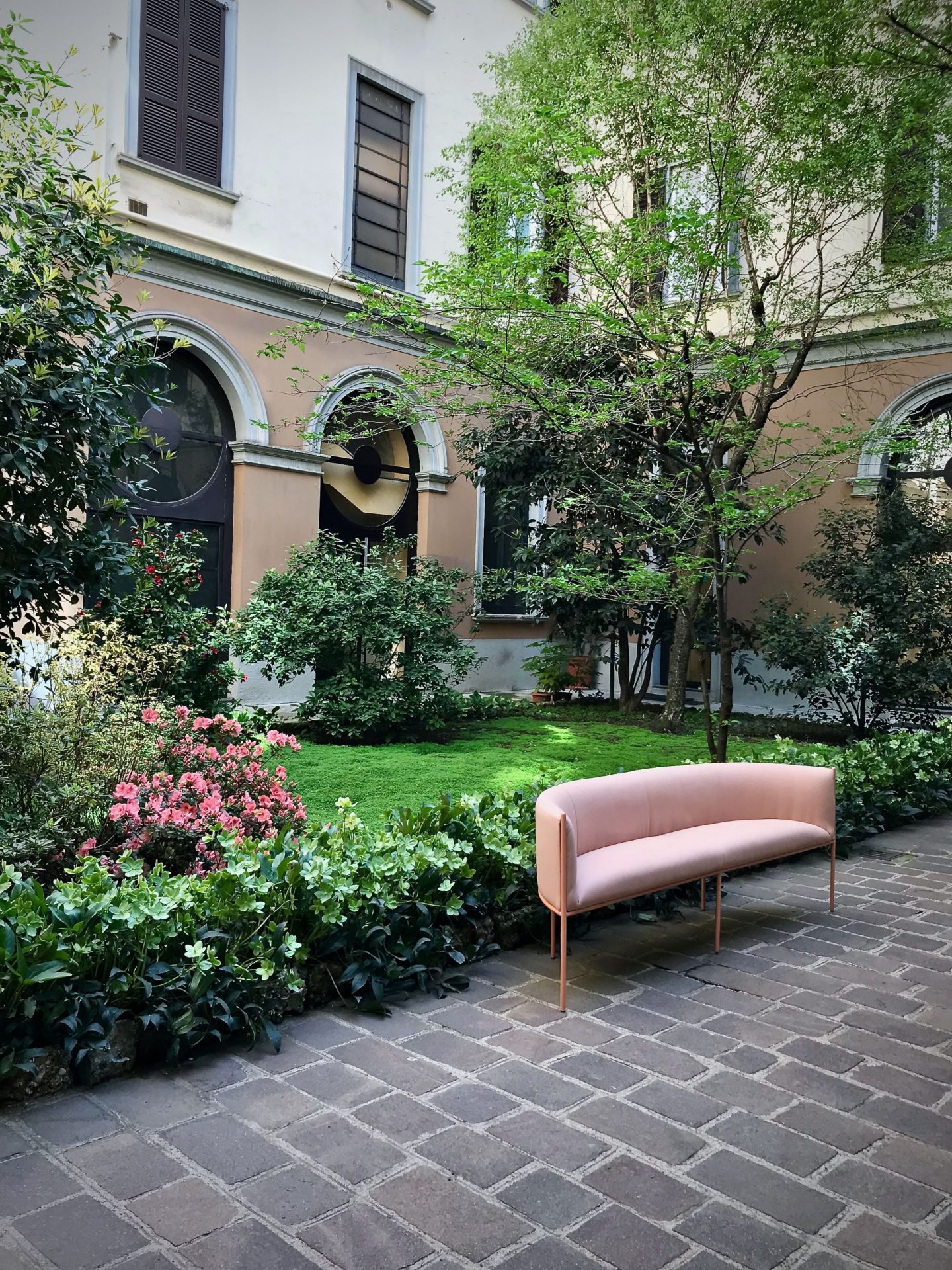 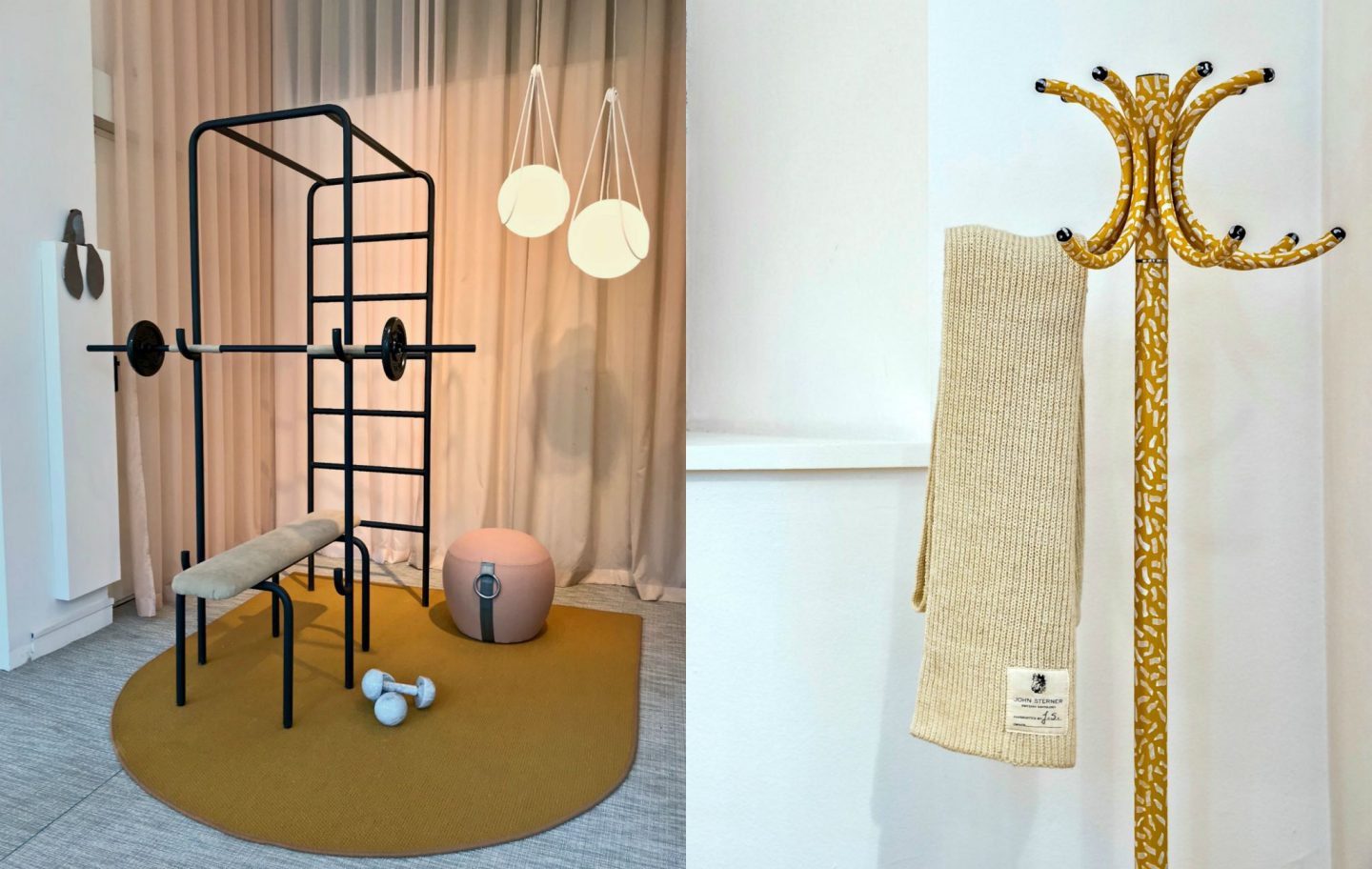 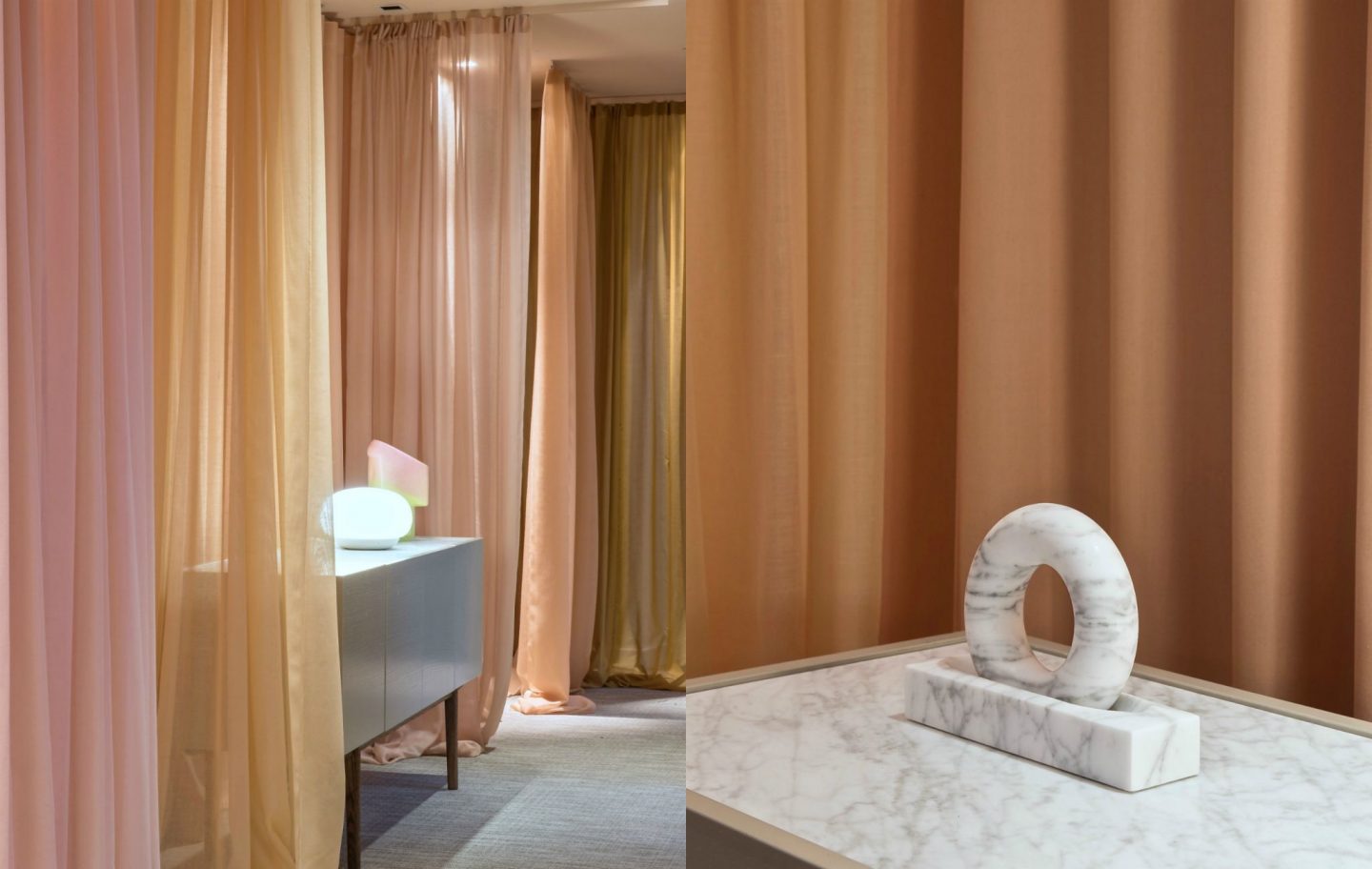 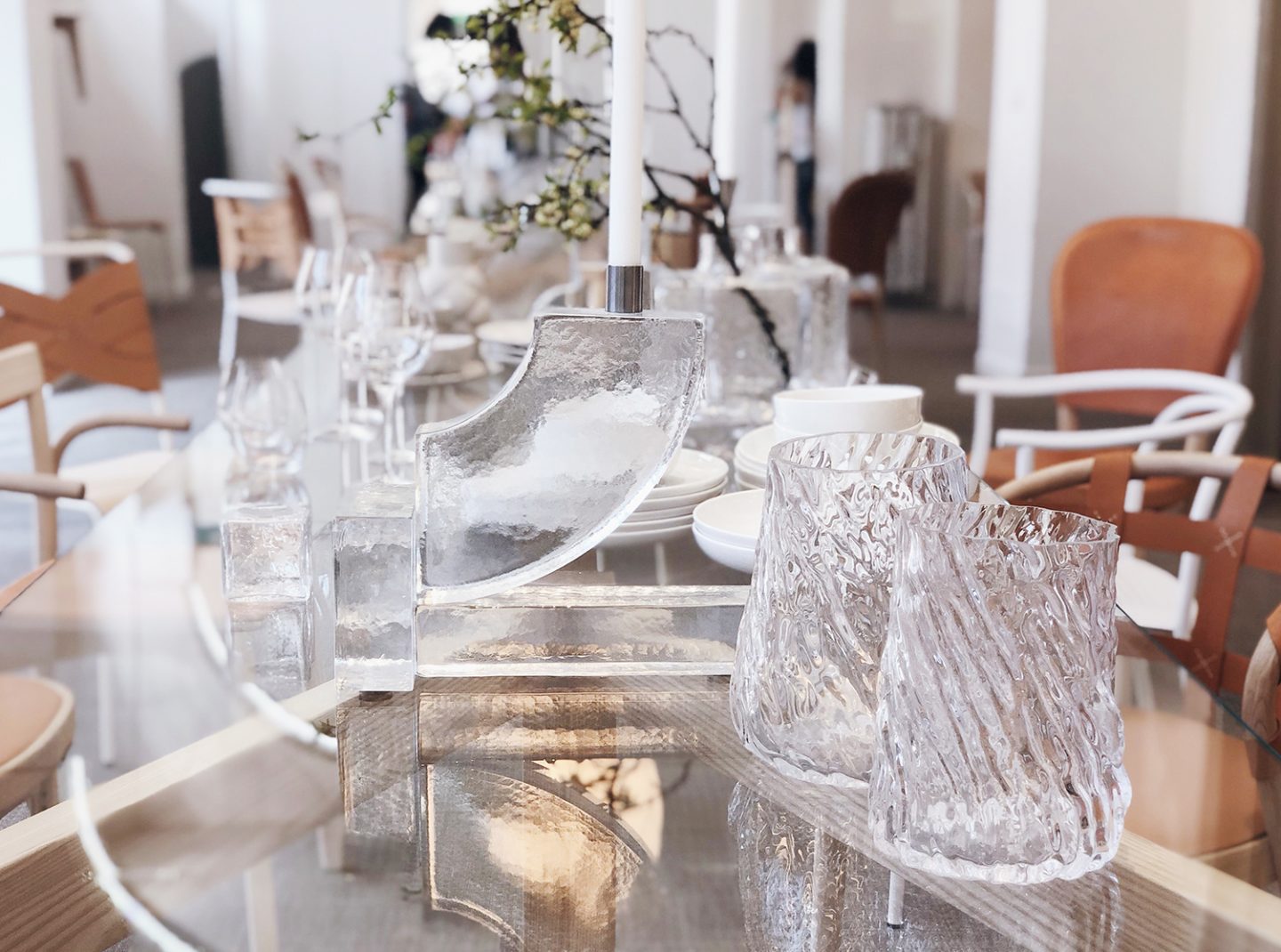 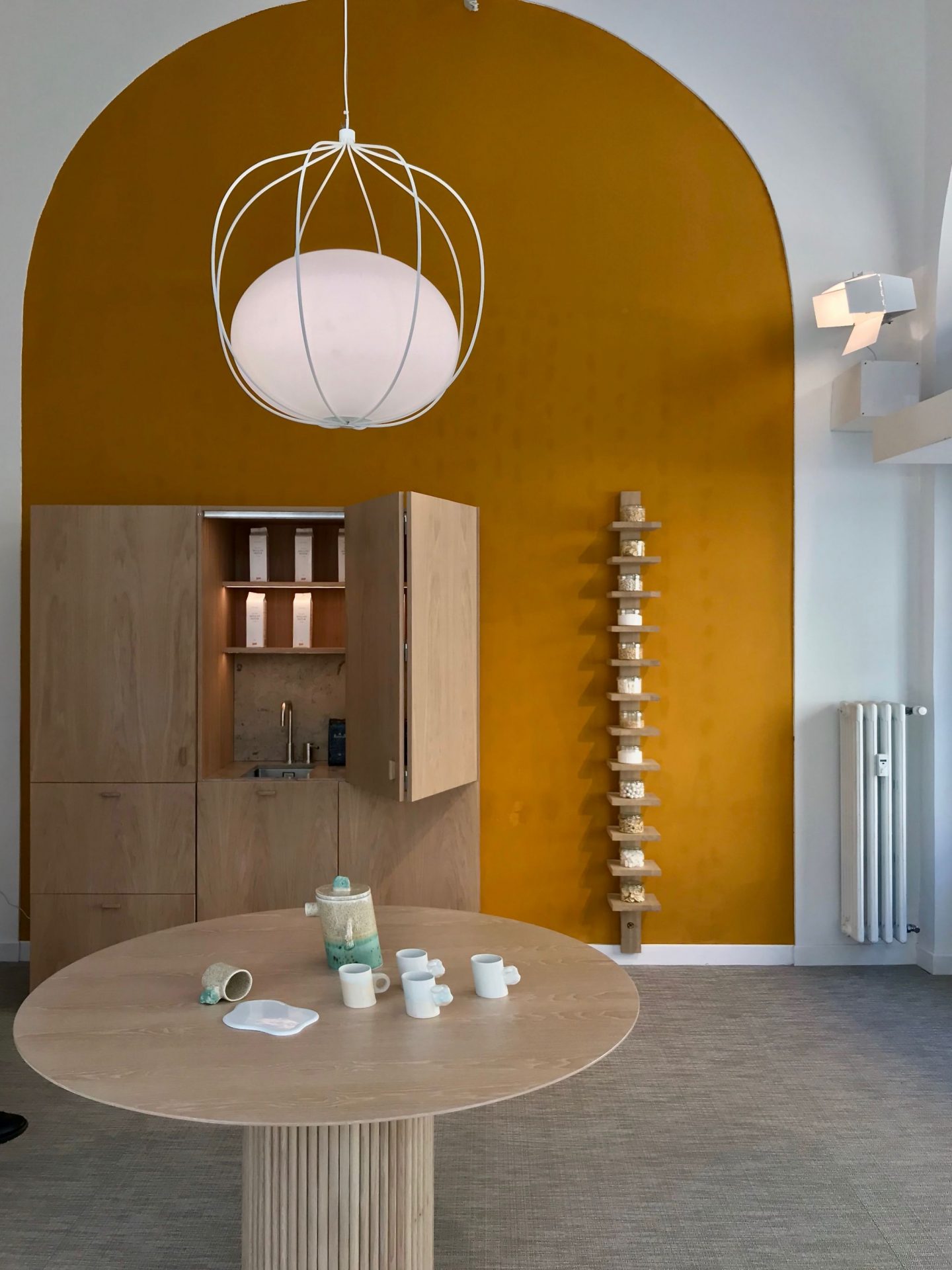 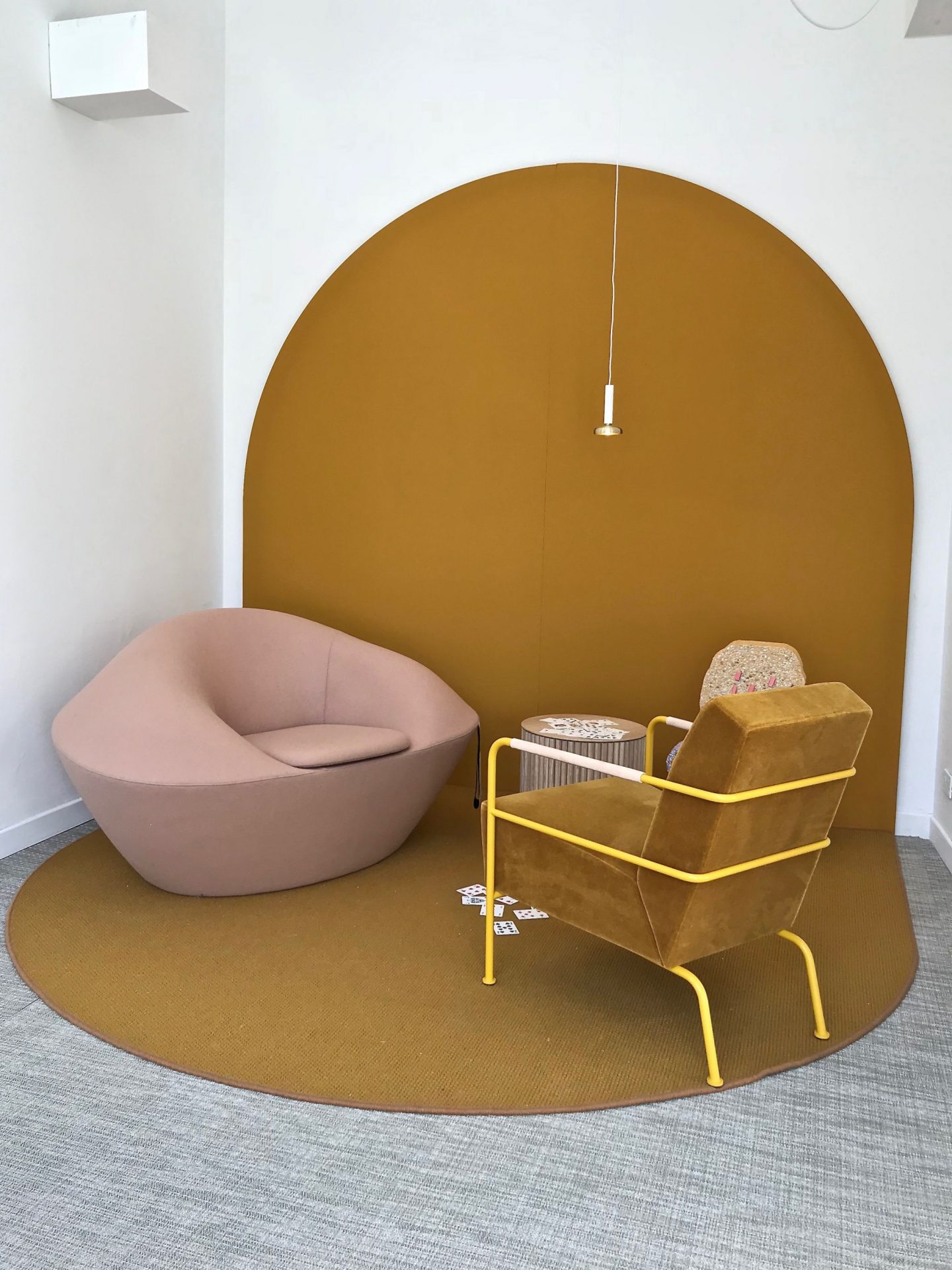