Stockholm Furniture Fair is a surprisingly colourful trade show and full of interesting new products, it’s been on my trade show stomping route since 2014. This year though I didn’t attend. I was gutted, but I’d simply travelled too much already. So this is a Hello Peagreen first, I asked Abi Dare of These Four Walls blog to write a guest post all about her favourite finds from Stockholm Furniture Fair.  Abi is a fellow interior-design addict, and as a writer and a blogger, she focuses on Scandinavian design and relaxed living. The perfect person in my book to share her thoughts with us about all the gorgeous products at Stockholm Furniture Fair. 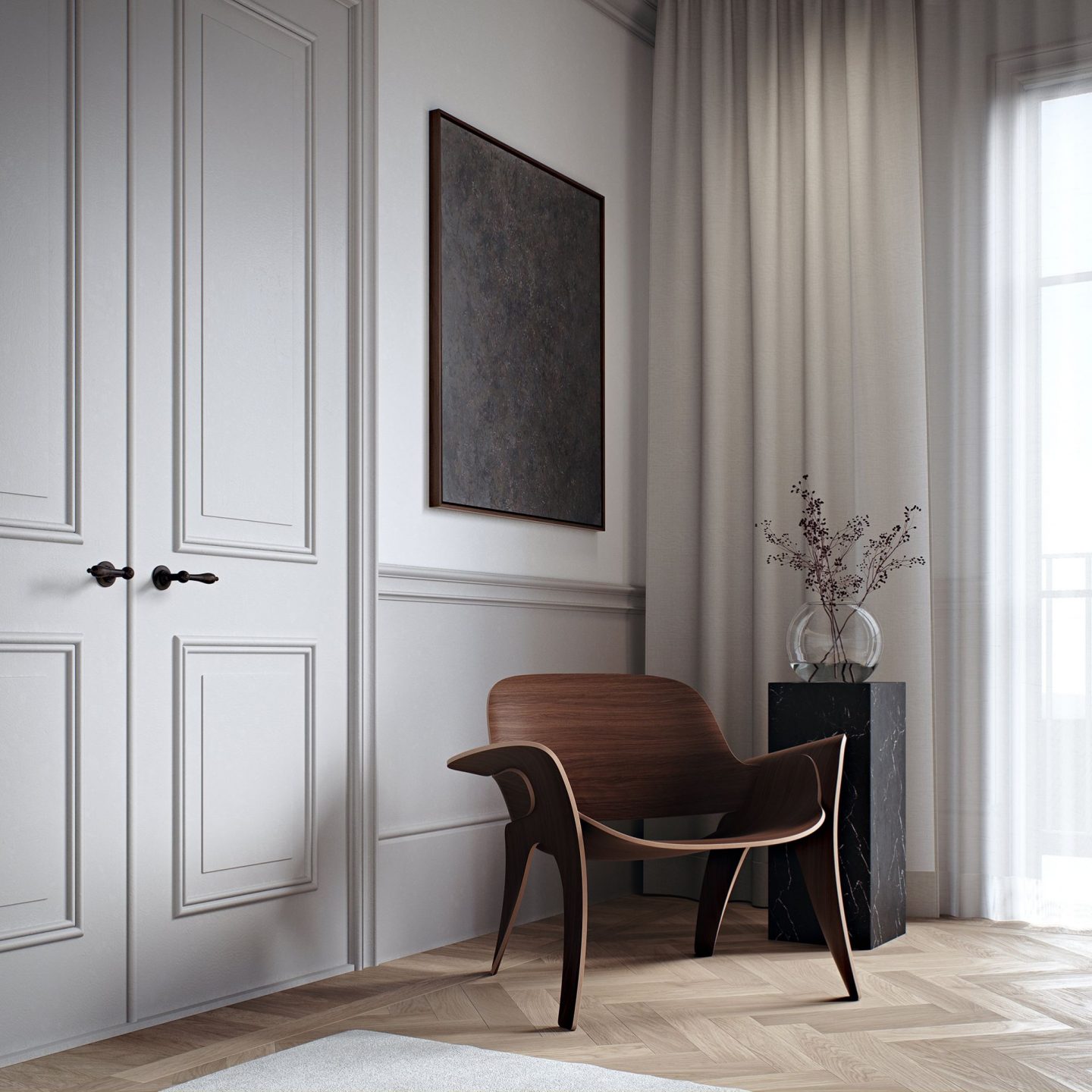 Billed as the world’s biggest showcase of Scandinavian brands, the Stockholm Furniture Fair is one of the most important weeks of the year for fans of Nordic design. And, with over 700 stands, numerous product launches and some brand-new companies to take in, it certainly didn’t disappoint.

So, what caught my eye?

Earthy colours were perhaps the most notable trend, with lots of brands focusing on the terracottas and peaches that are set to become very popular this year. This was particularly true of Warm Nordic, founded to counter the misconception that Scandinavian design is cold and clinical. It isn’t set to launch until March but its stand provided a tantalising preview of its first range, which encompasses new designs and revamped mid-century classics in striking shades such as coral pink, rust red and mustard yellow. 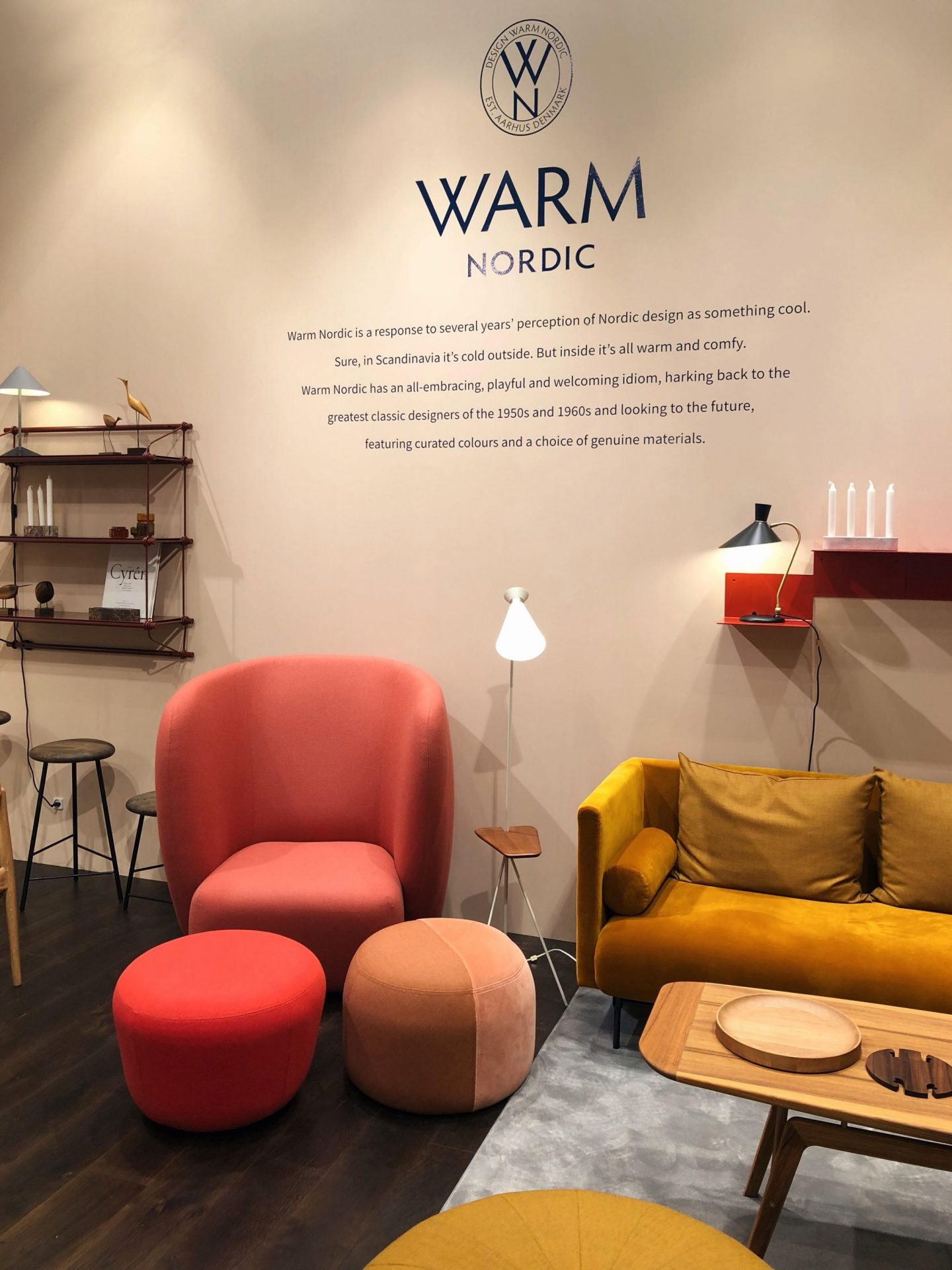 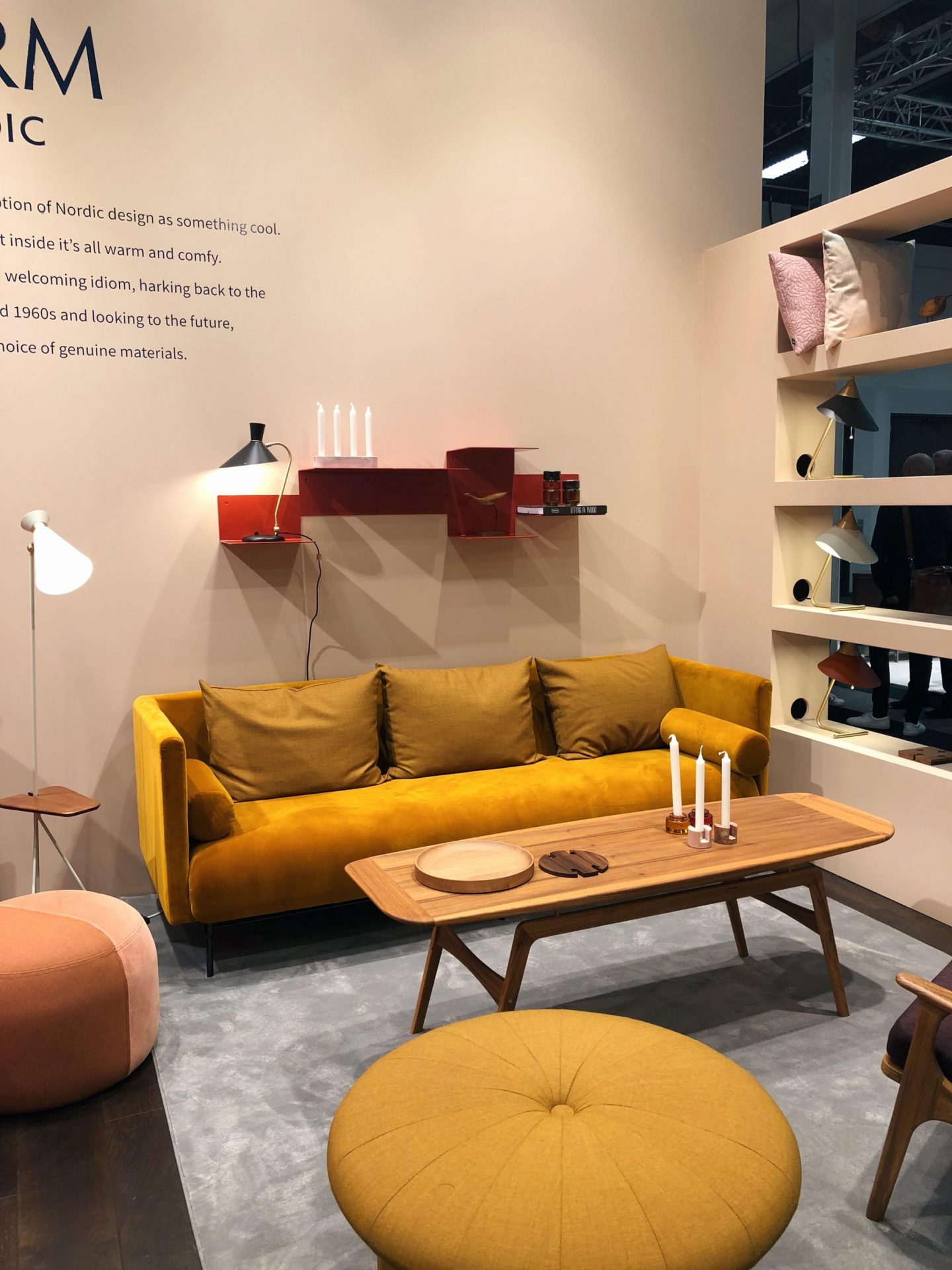 Sculptural, architectural shapes – arches, spheres, ovals – were another major feature. Stand-outs for me included the new terrazzo-topped ‘Tabula’ coffee table, created by Note Design Studio for Swedish brand Fogia, and Luca Nichetto’s striking ‘Lato’ side table for &tradition, which combines an egg-shaped marble base with a slim-line structure. 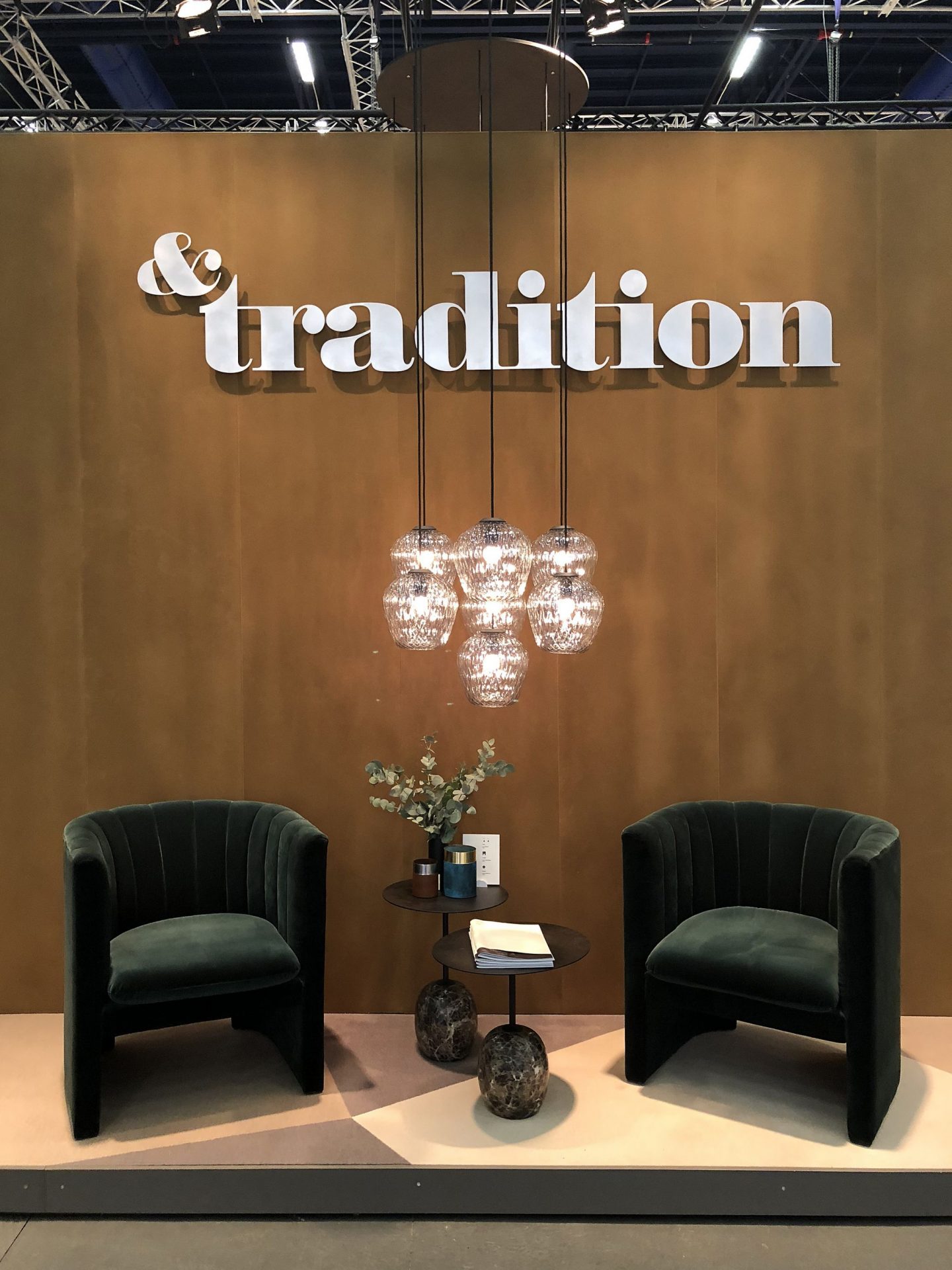 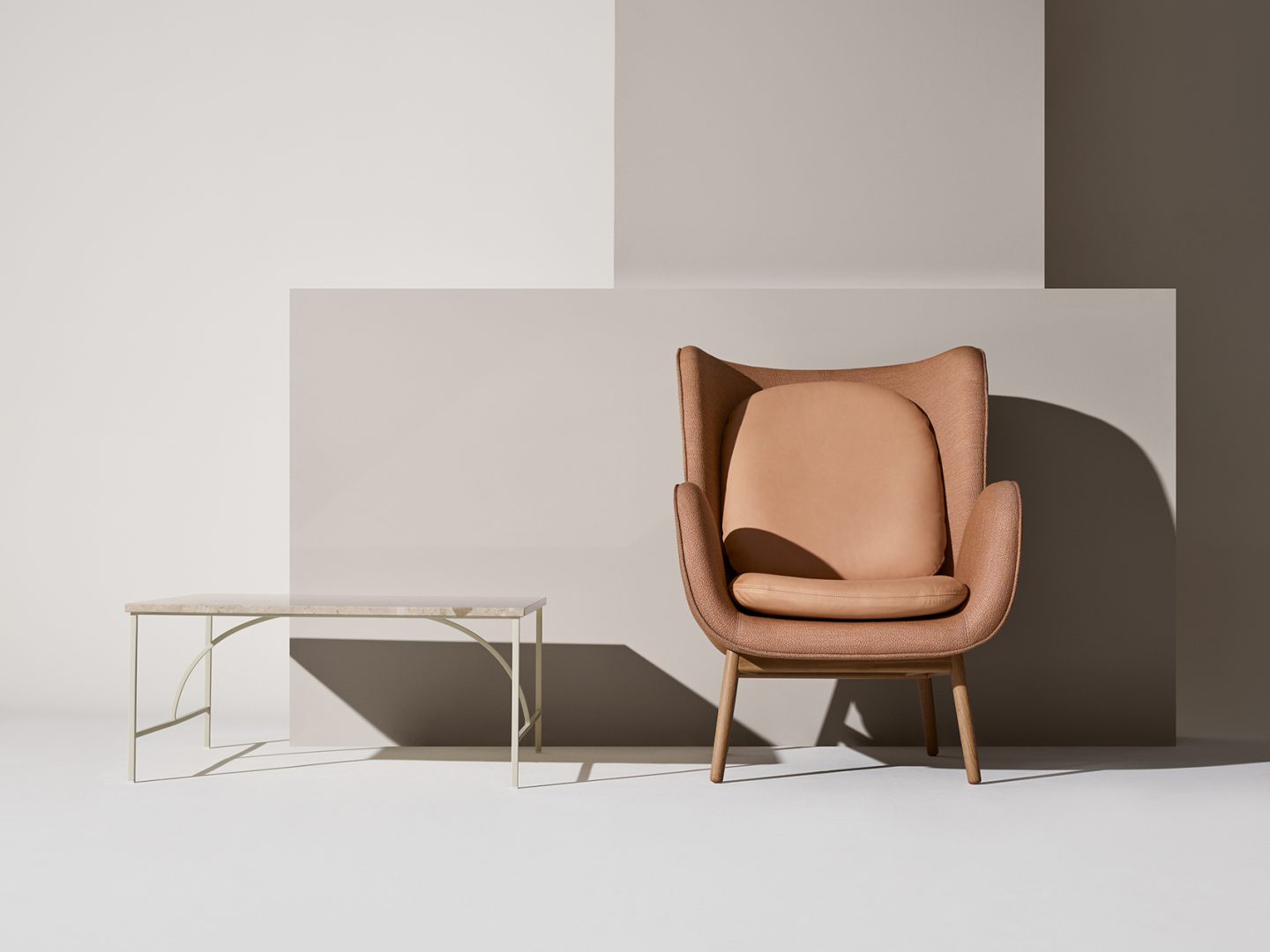 The popularity of curves extended to wooden pieces too, among them Skagerak’s ‘Turn’ coat stand, designed by Line Depping to celebrate the age-old craft of steam-bending. I was also very impressed by Stockholm-based Massproductions’ ‘Rose’ chair, which is named after the daughter of British co-founder Chris Martin and designed to resemble a flower coming into bloom.

Black fittings also featured strongly, particularly when it came to lighting. My favourites were the striking ‘Globe’ and ‘Studio’ series from HANDVÄRK, which again showcased the dome and sphere shapes mentioned above. That said, brass seemed to be as popular as ever and was the focus of the debut collections from Danish lighting brand Nuura, which launched at the fair and takes its inspiration from Nordic nature. 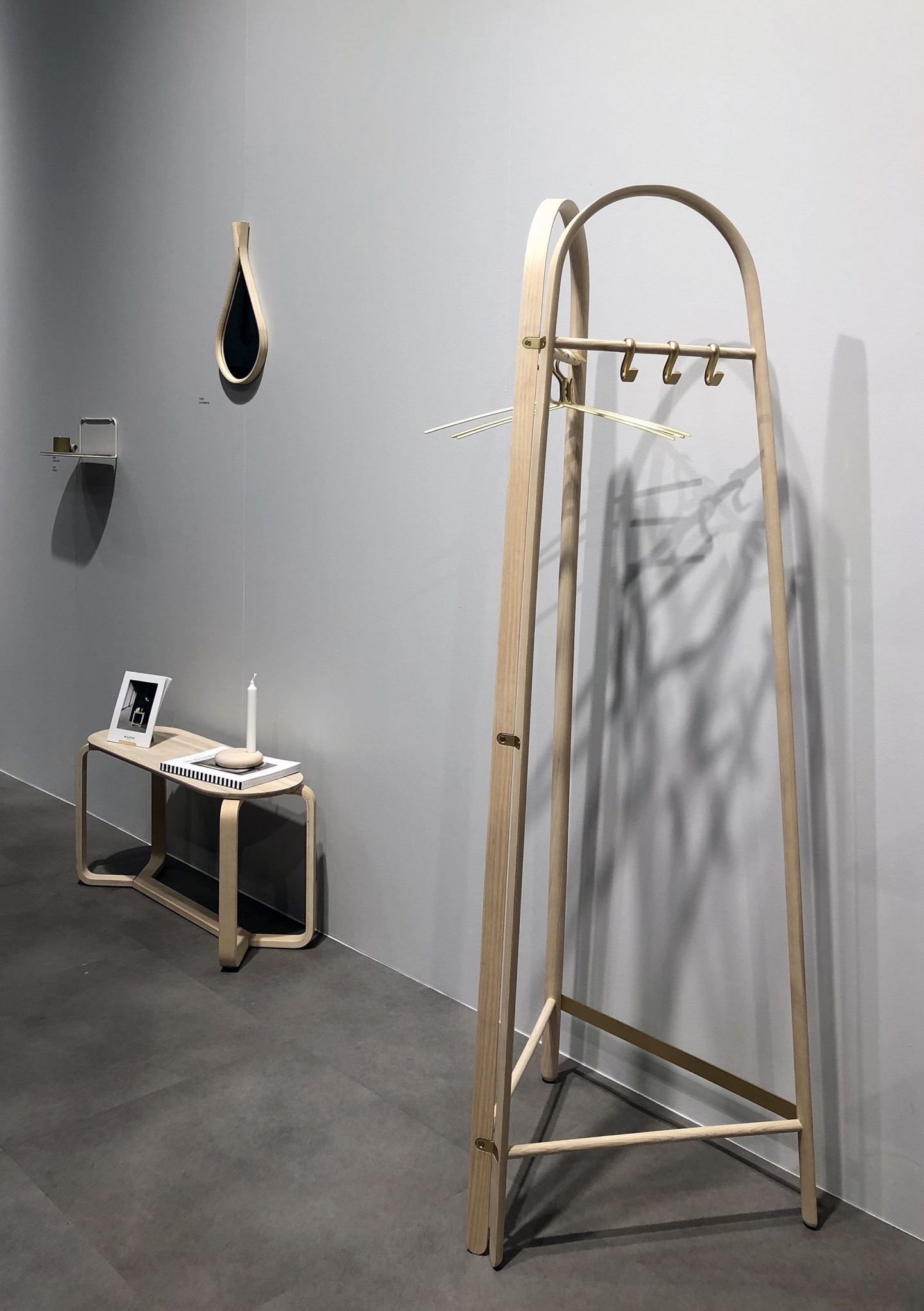 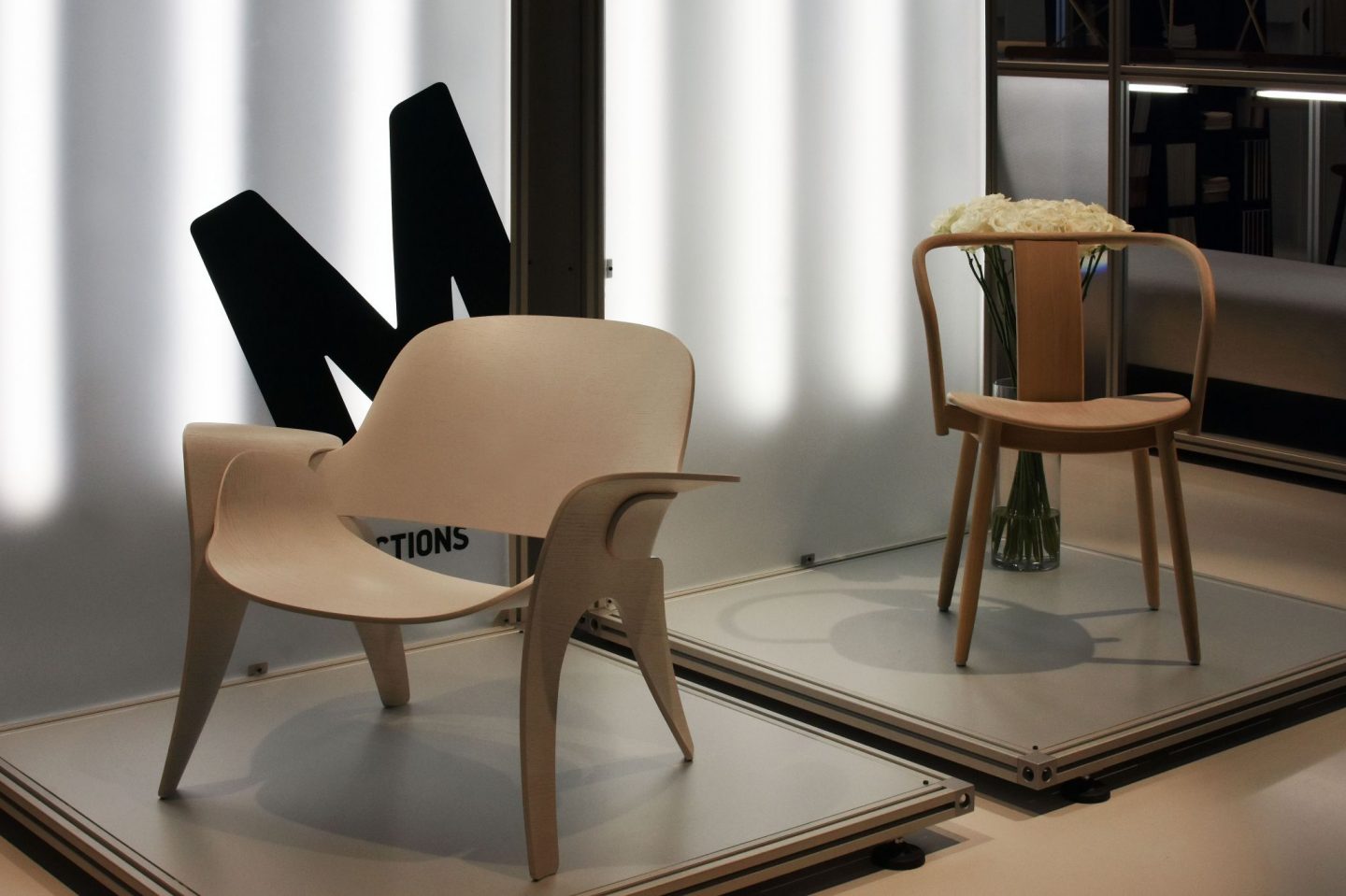 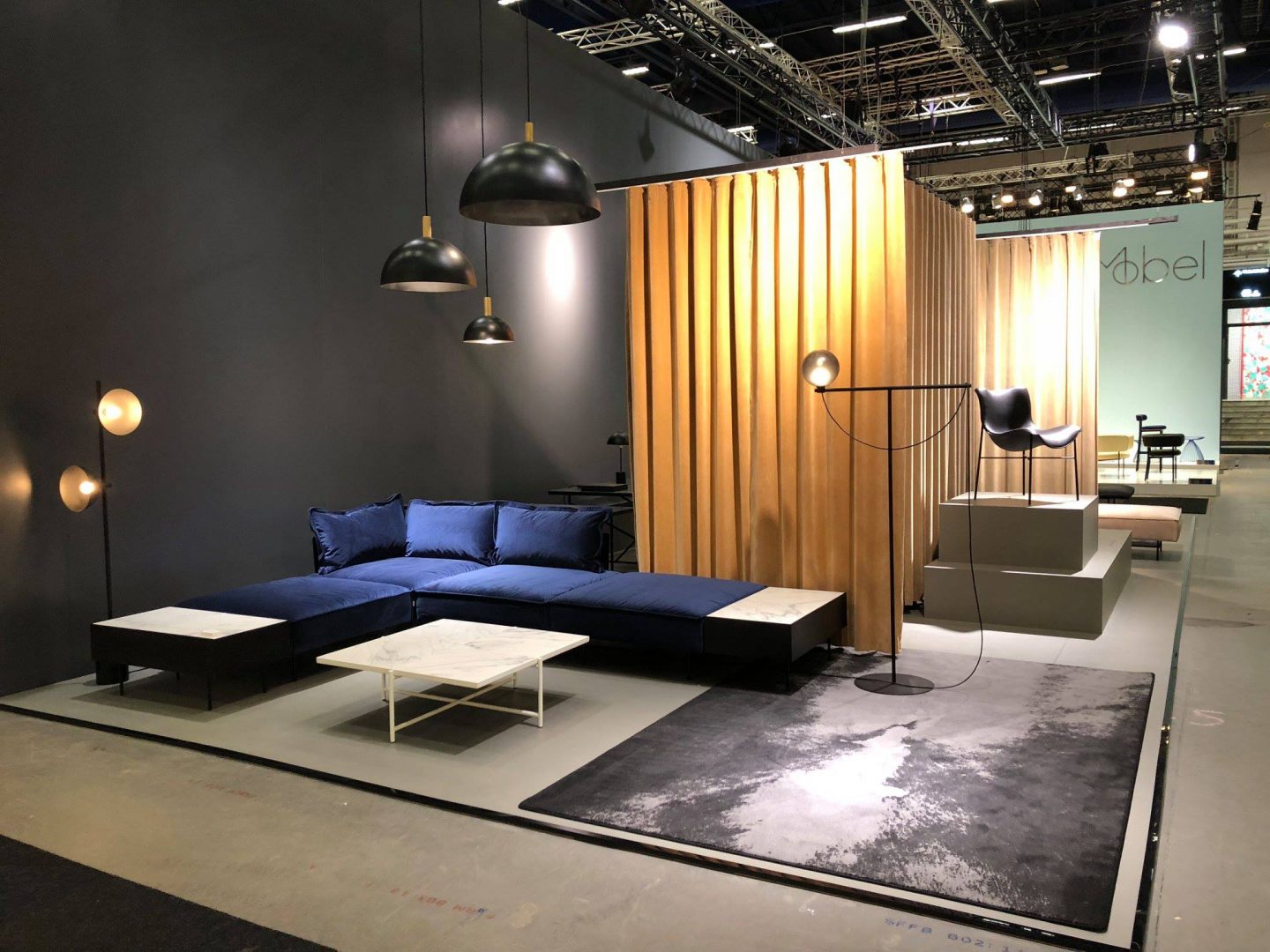 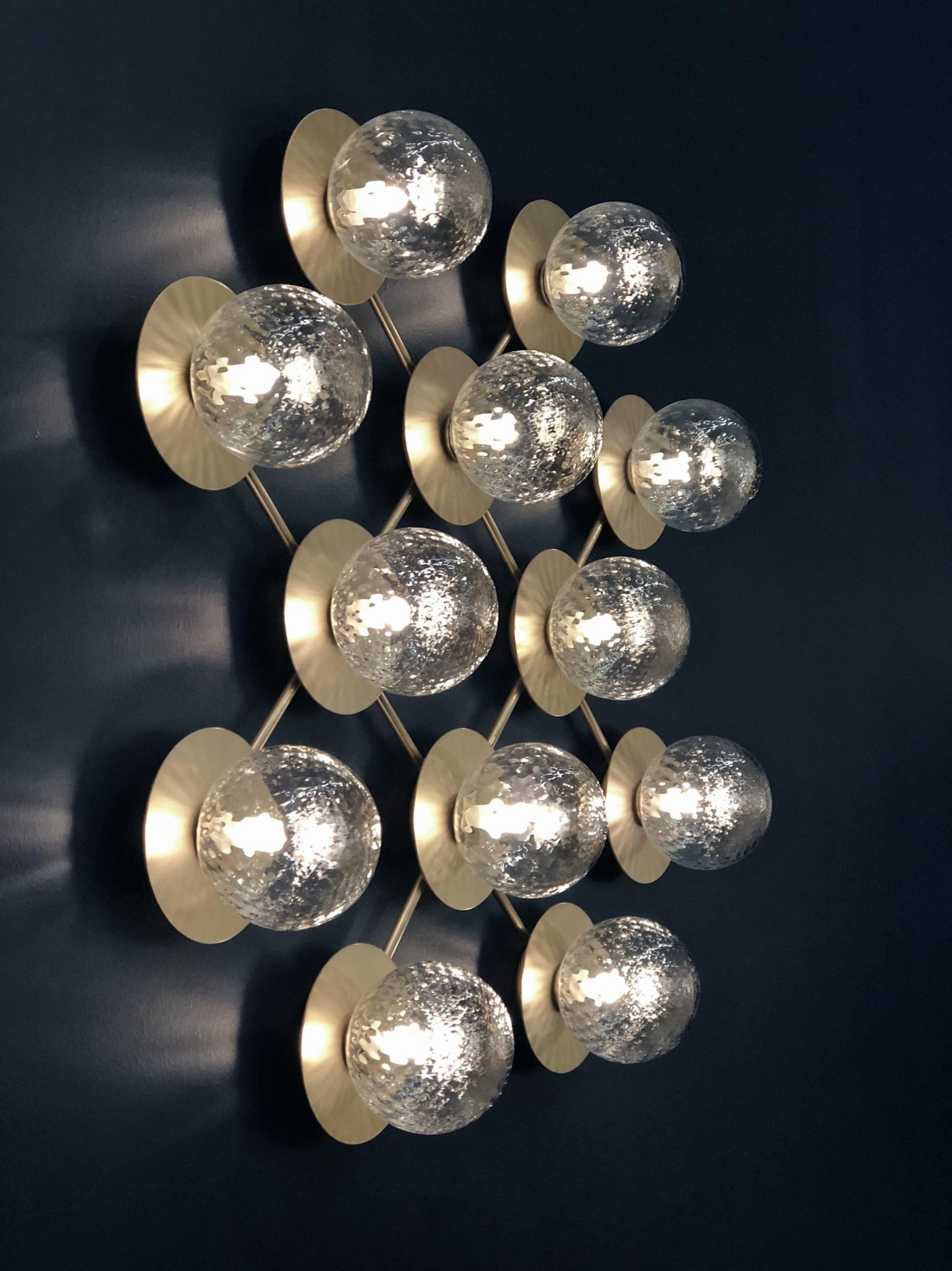 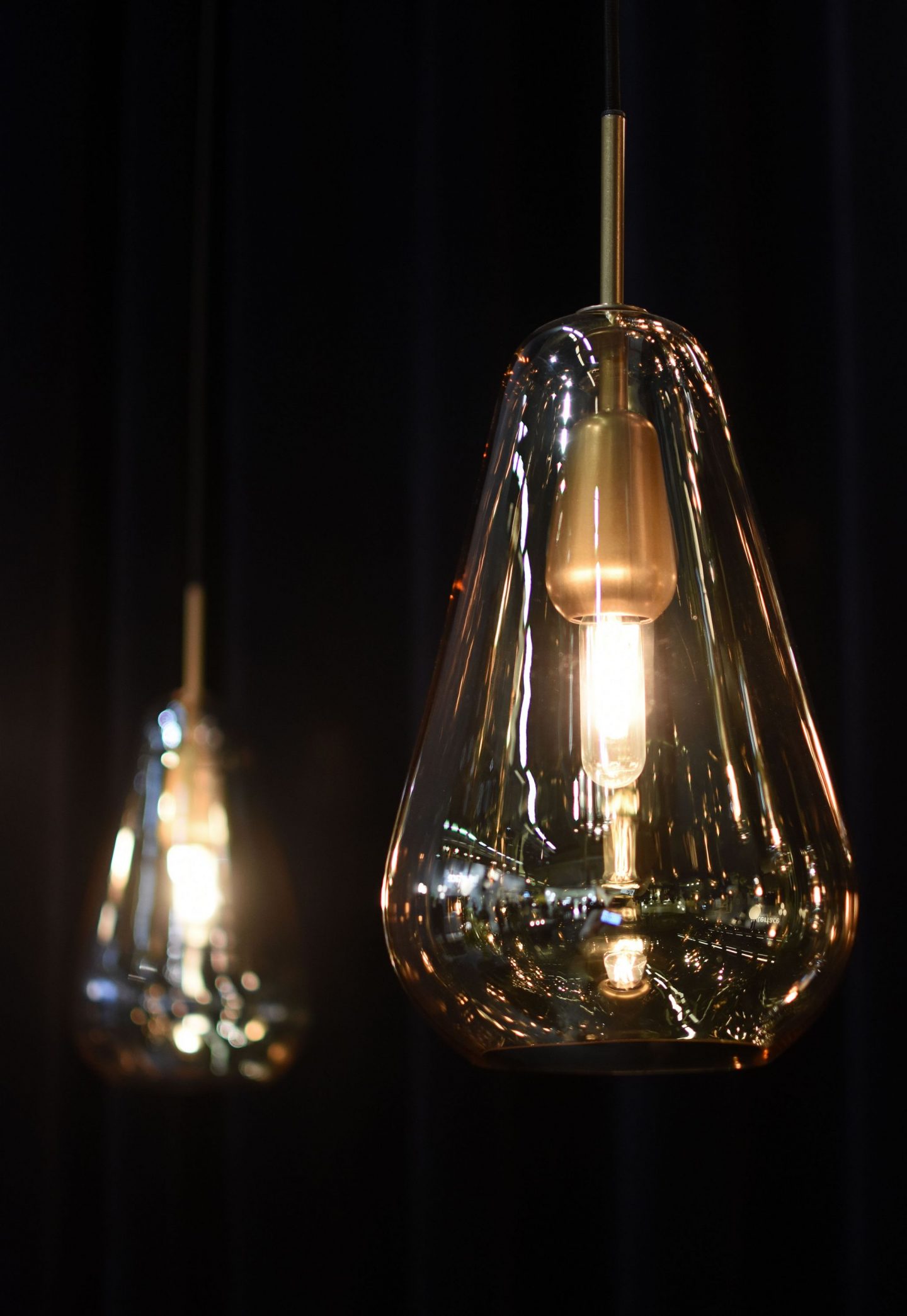 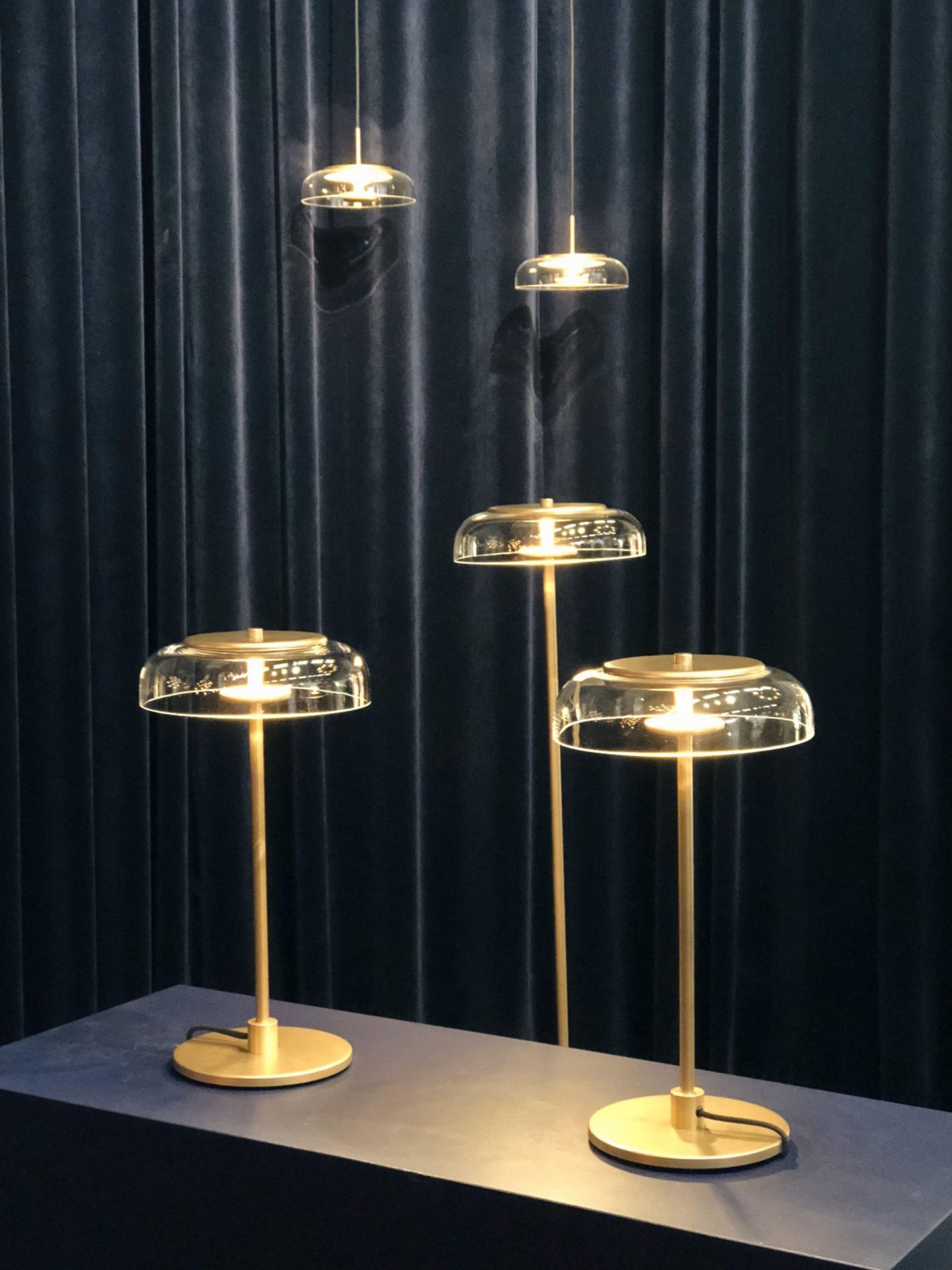 Finally, I saw lots of brands fusing Scandinavian and Asian influences, continuing the popular ‘Japandi’ trend from 2017. Examples included Massproductions’ ‘Icha’ chair, which won ‘Chair of the Year’ at the Swedish Design Awards and takes its name from the Japanese restaurant for which it was originally created, and my personal highlight of the whole week: the first showcase outside Asia of Ariake Collection. A collaboration between Japanese furniture factories Legnatec and Hirata Chair and international designers such as Norm Architects, it was exhibited in a beautiful old apartment in central Stockholm and wowed everyone who dropped by. 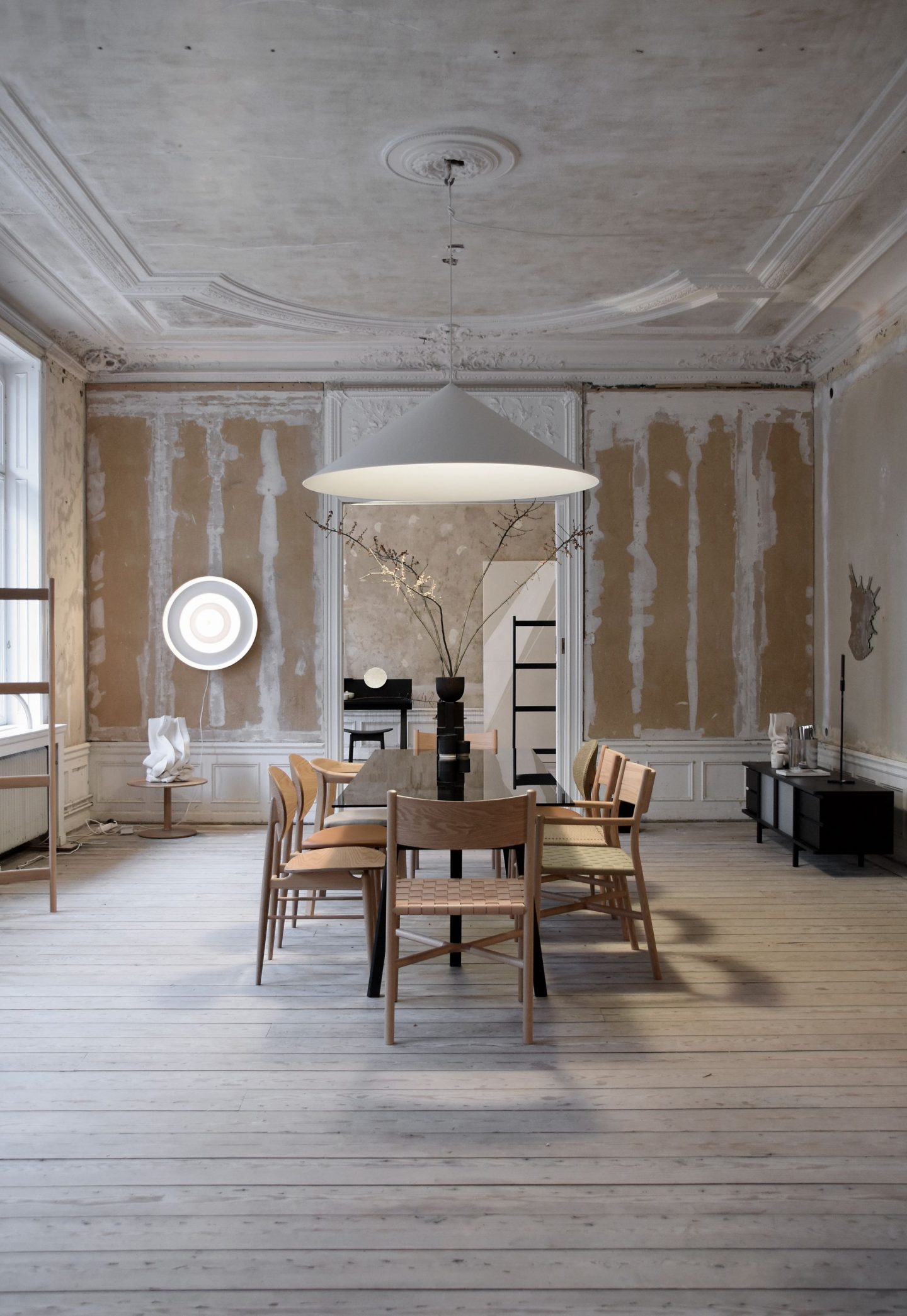 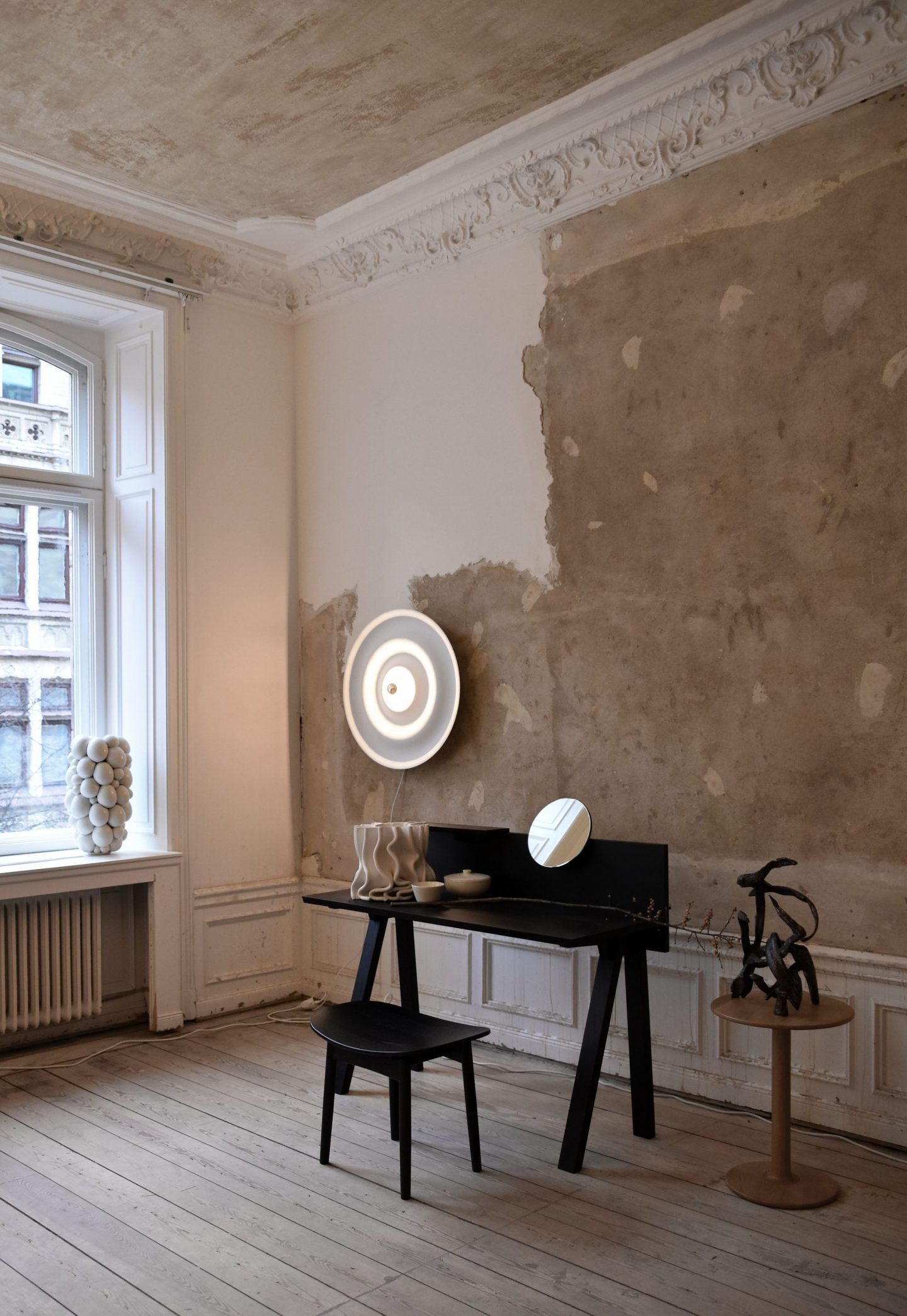 A big thank you to Abi for sharing her finds and photographs of Stockholm furniture fair. If you’d like to see my highlights from last years Stockholm Furniture Fair visit here and here. 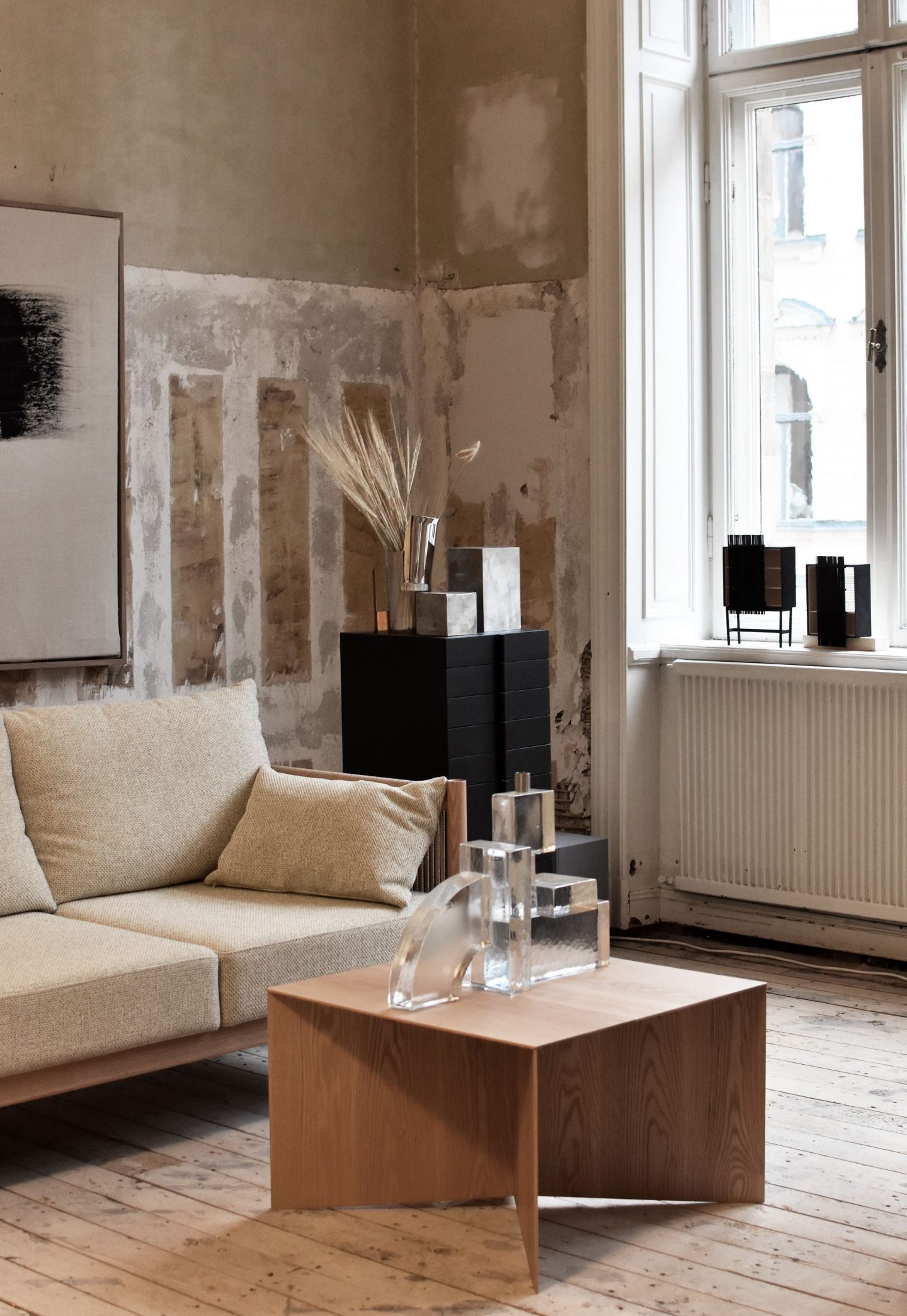 All photography by Abi Dare except top picture of Rose Chair provided by Massproductions.