Living in Brighton as I do, means that trips to London are more often than not work focused. So it was a real treat this weekend to join a group bloggers having fun and exploring the South Bank with Oxo Tower Wharf. The area is well known to me, but as London changes so fast, it’s not surprising that I discovered new places on our walkabout. We started the day at the Tate, which is a great starting point especially if you’ve just hopped off the train at Blackfriars as I had. We had a packed day of activities planned including lunch and the all-important Christmas tipple. Being bloggers though meant we were also seeking out photo opportunities and some of those had hilarious consequences. 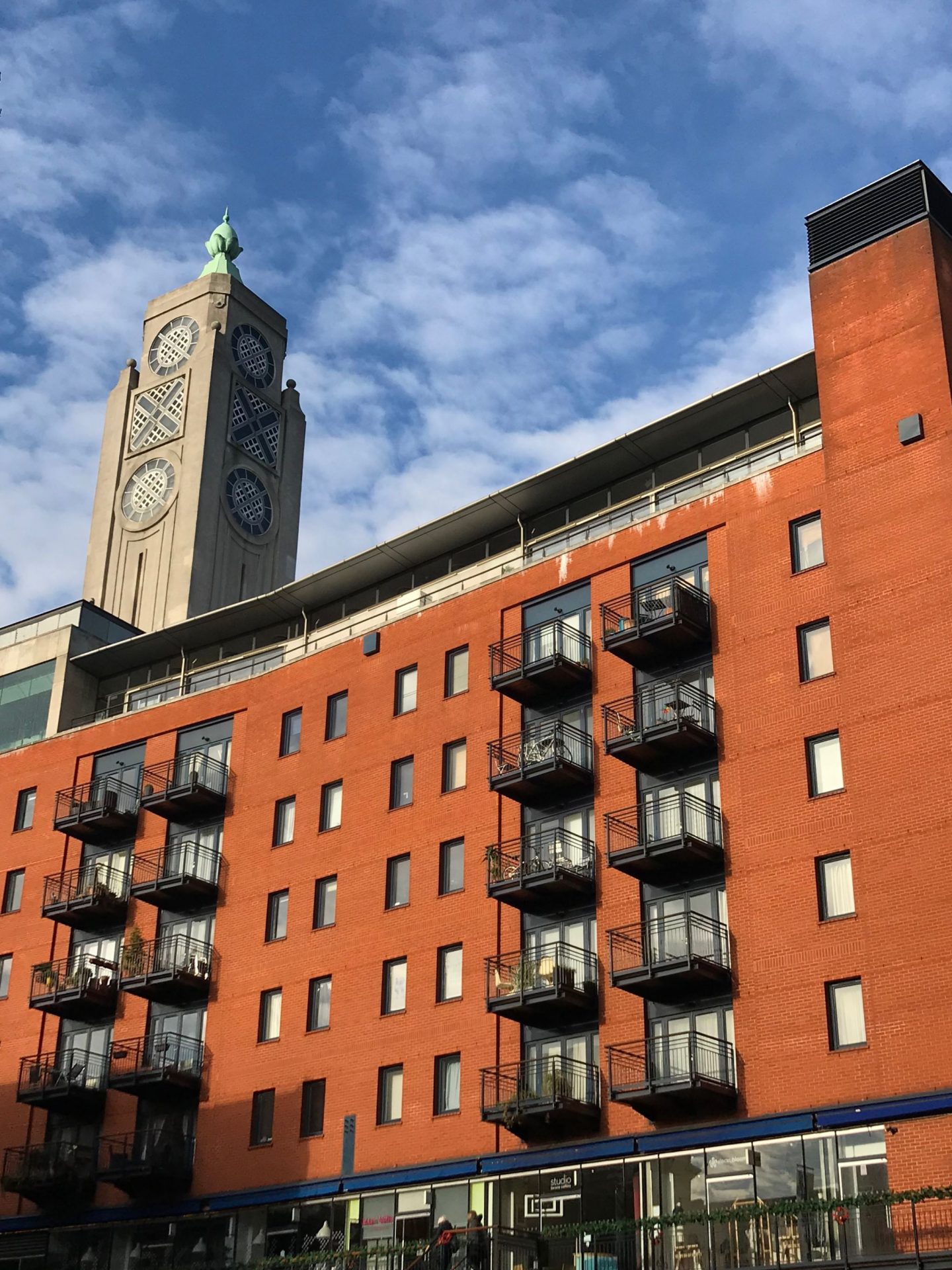 I’ve been to the Tate probably about 5 or 6 times in the last 12 months and will likely continue to visit regularly, to be honest. Why? Well, it’s free, there are plenty of changing exhibitions, it’s a great family-friendly venue, there are fantastic views from the Terrace towards St Pauls Cathedral and the Shard, plus the museum design shops have interesting, thoughtful gifts, particularly for kids. I think the new extension is worth visiting for the architecture alone, to be honest. I visited on its opening day back in 2016, which you can read about here. Don’t be confused though the Switch House was renamed after philanthropist Len Blavatnik earlier in 2017 they are the same. Blavatnik Building = Switch House.

On Saturday we started out with a blogger roll at the Tate Modern – don’t ask. The Danish art trio Superflex installation in the Turbine Hall is essentially a giant play park and the whole point is about joining in and getting involved. From lying (or rolling) on the striped carpet which is woven out of the same hues like those found on UK banknotes to utilising the three-person swing, all of these things are best done collectively and not alone. Watching people use the space is also a lot of fun. We didn’t have time to pop in to see the retrospective of Modigliani, but I highly recommend you do. We did visit the Bruce Nauman exhibition with its neon signage which given its over 40 years old still feels contemporary and appropriate for today. No visit to the Blavatnik Building is complete without a visit to the 10th-floor terrace to ogle at the neighbours and photograph St. Pauls. 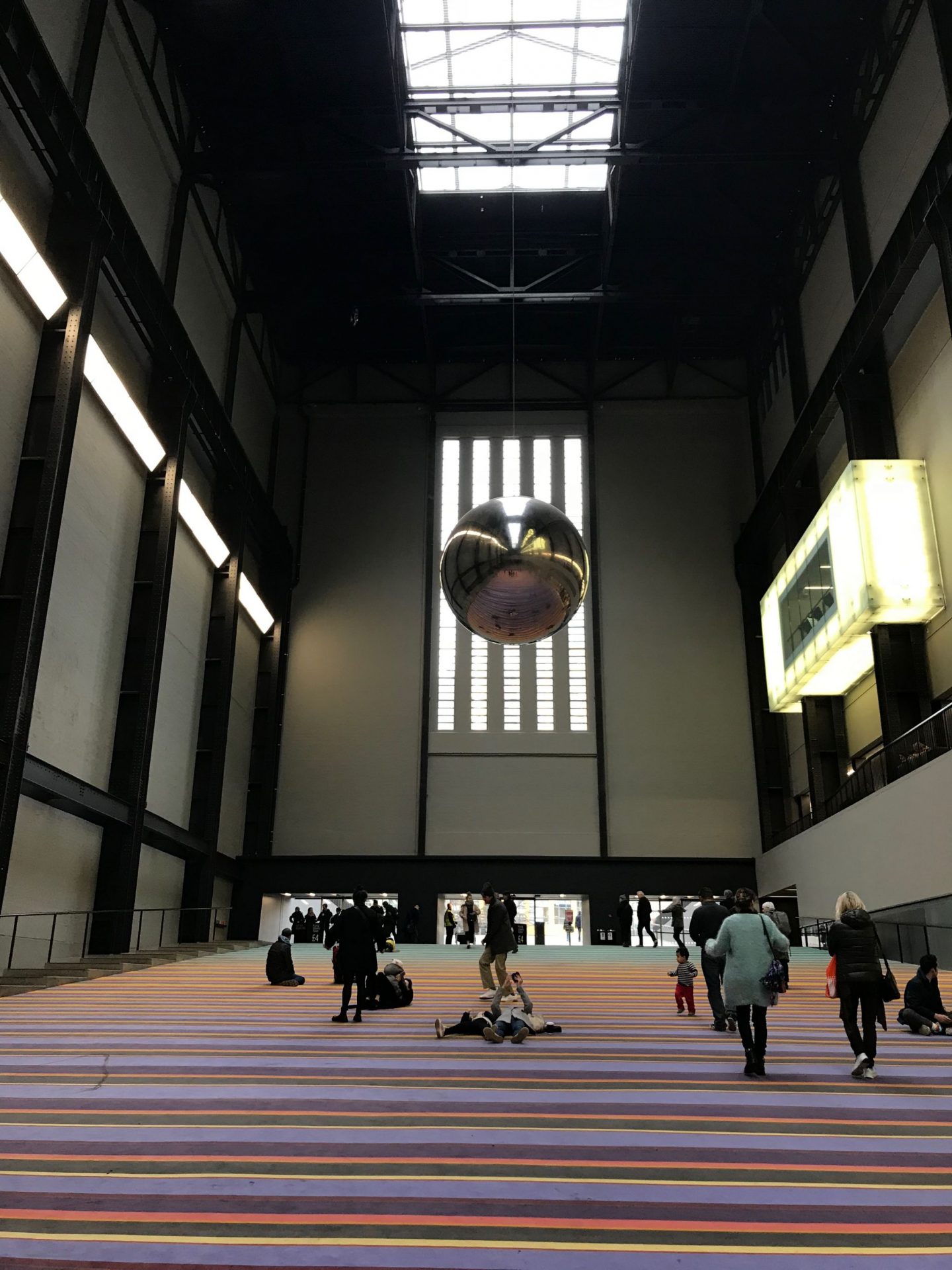 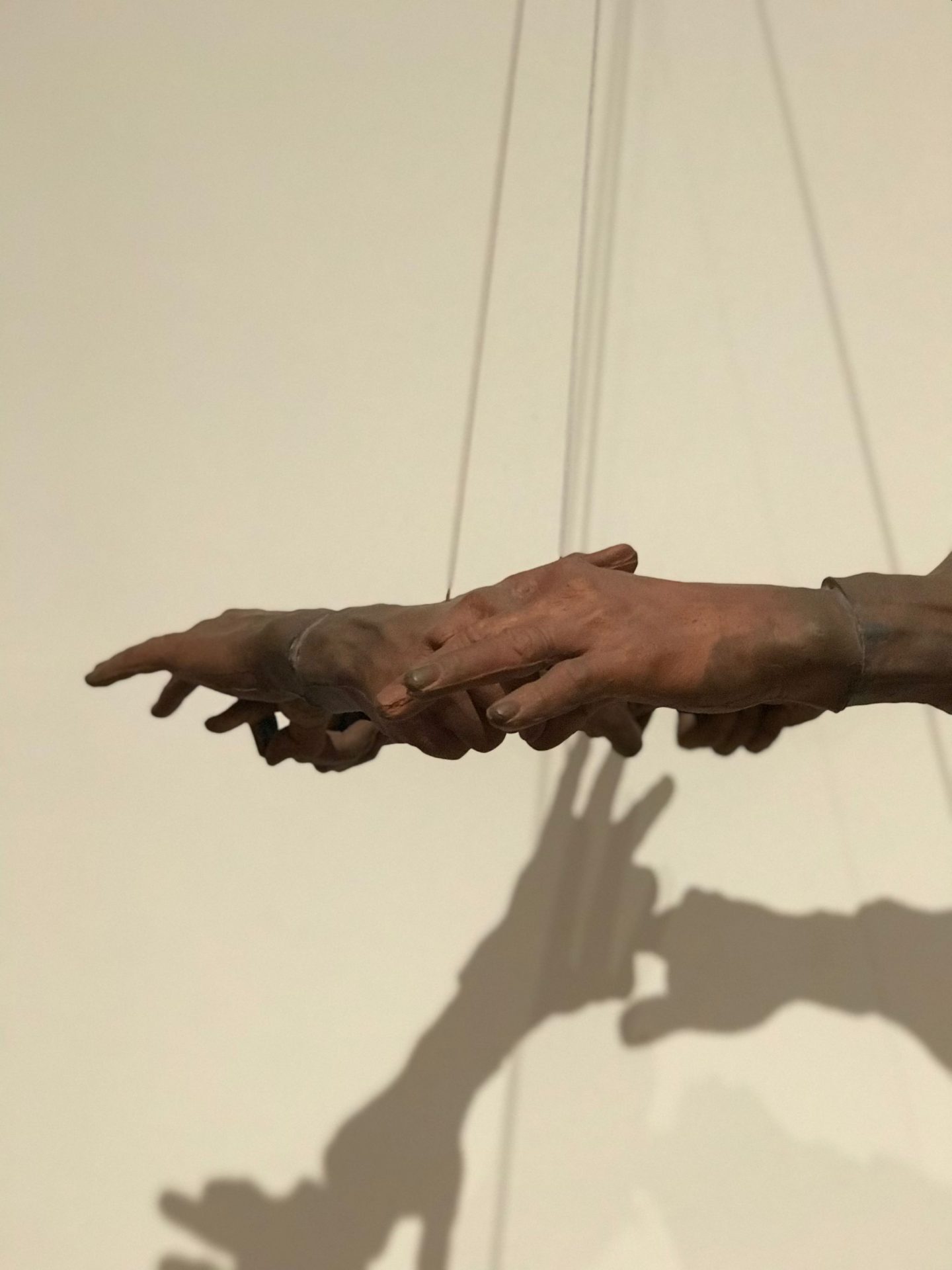 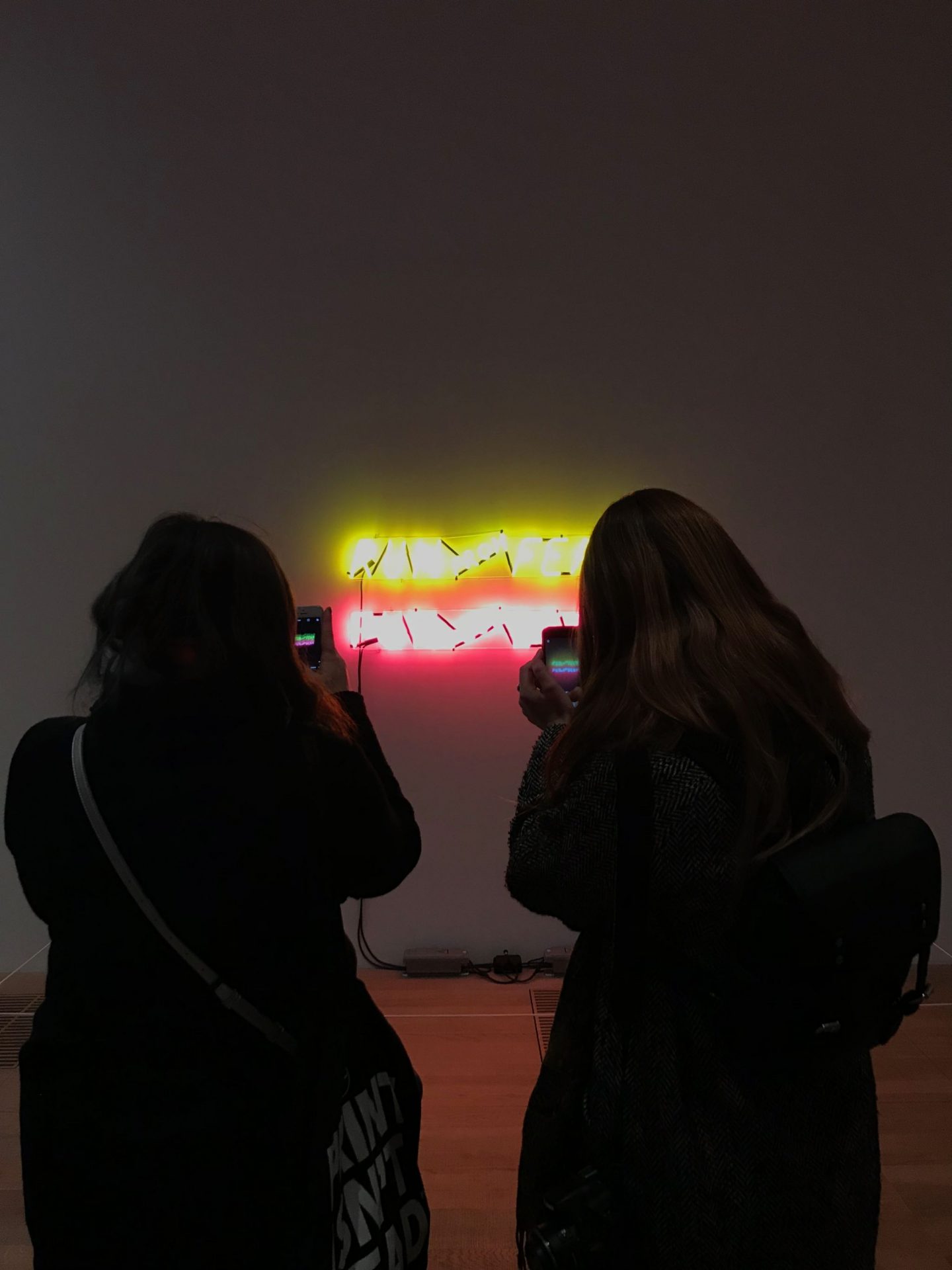 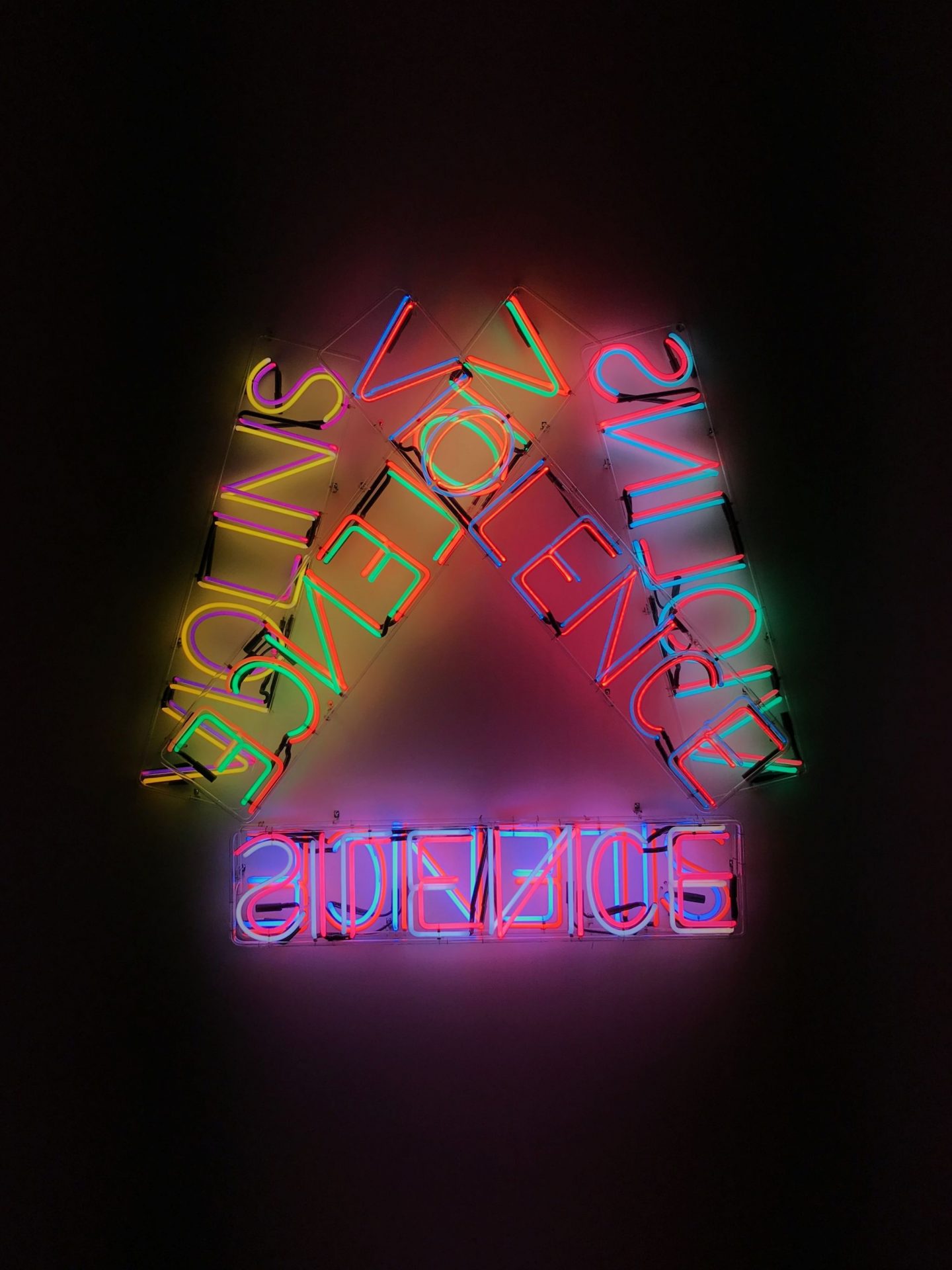 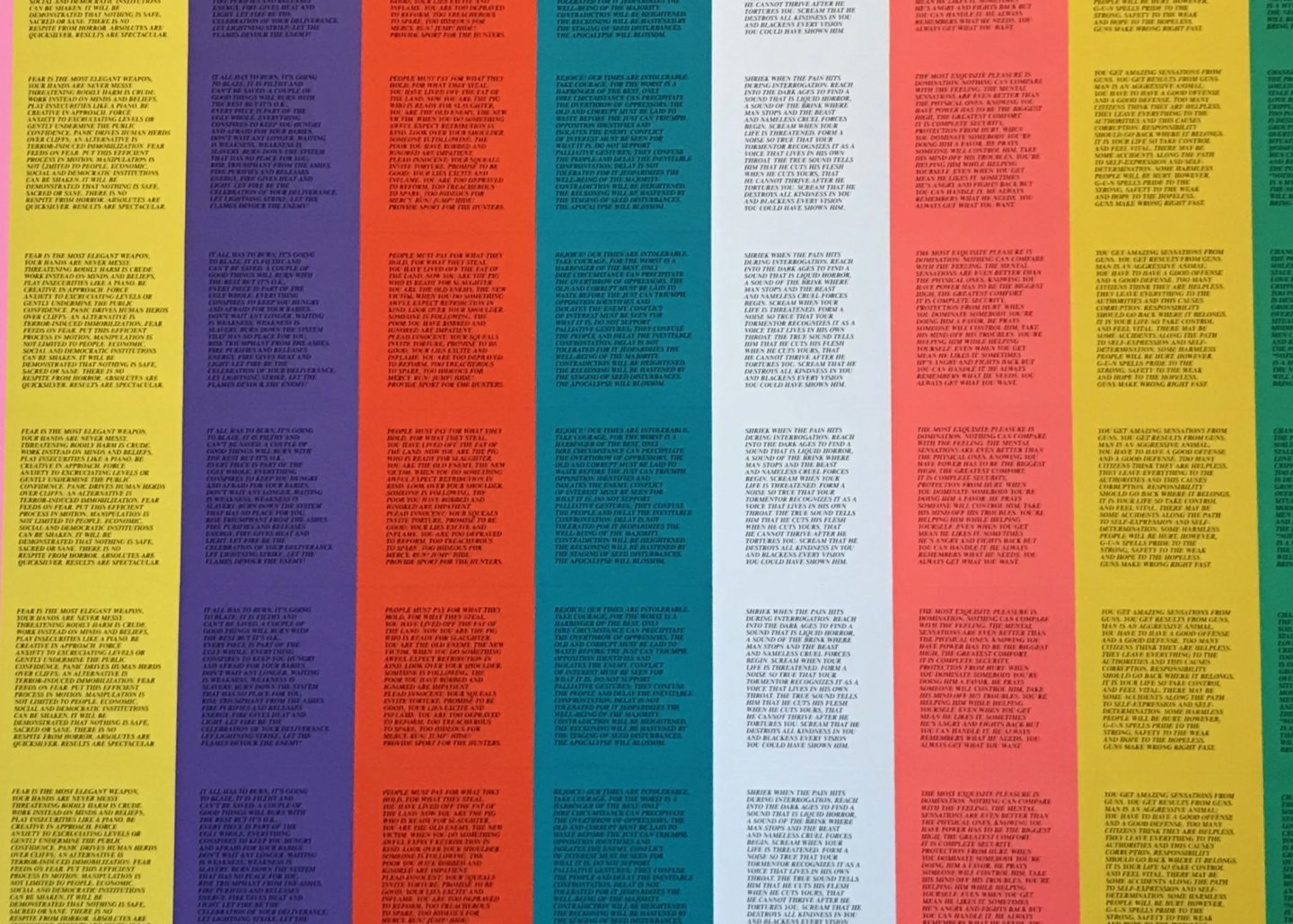 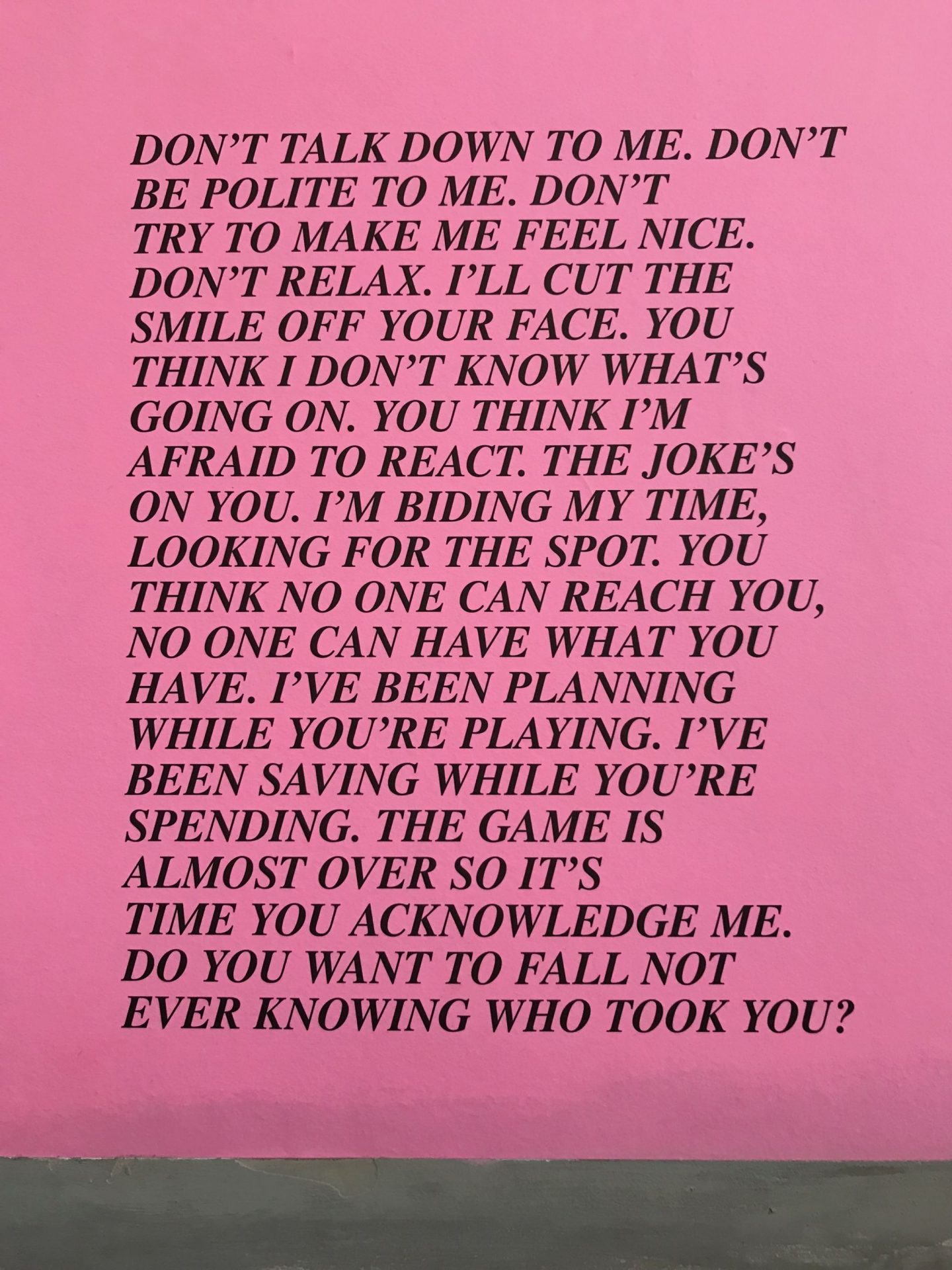 Leaving the Tate Modern, we walked westwards through the streets just off the Thames Path behind Oxo Tower Wharf towards the National Theatre. Much of the development here is part of the social enterprise by Coin Street Community Builders, which is a mixed-use community project with social housing, shops, galleries, cafes and bars and so much more.

We arrived at The Green Room our venue for lunch and were greeted with a welcome festive tipple. I’ve never had mulled Sloe Gin before and not only was it the highlight of my day, I’ve already discovered the recipe and stocked up. It’s my new favourite winter drink. At the pop-up Frost Bar in collaboration with Sipsmith, we gathered around a brazier to toast marshmallows and warm up.

Our festive lunch was delicious, starting with beetroot and goat’s cheese, followed by a turkey burger and finished with gingerbread French toast. The Green Room was a family friendly place (and a spot I’ve filed away to come back with my little one in tow), and I had a quick look at the kid’s menu, which would please most kids, even the picky ones!

Having rolled out of the Green Rooms, we headed off for a spot of creative crafting with Bramwell Brown at Oxo Tower Wharf. The aim? To create our very own Christmas bauble, complete with hand-painted miniature figures. I had two angels that promptly became disco diva’s dancing the YMCA. I think the Mulled Sloe Gin might have something to do with it. Creating Christmas baubles isn’t the usual activity for Bramwell Brown, they are in fact the creators of rather spectacular barometers and mechanical tide clocks.

Oxo Tower is home to 3 floors of independent shops and designer-maker boutiques including two of my favourites Snowdon Flood and Mr Jones Watches. Some people in your life I need a little more thought when it comes to Christmas presents. Just popping along to the High Street might not do but a trip to Oxo Tower Wharf might just do the trick.  If you are also in the area I’d highly recommend a visit to Dandelyan at The Mondrian which I wrote about here. 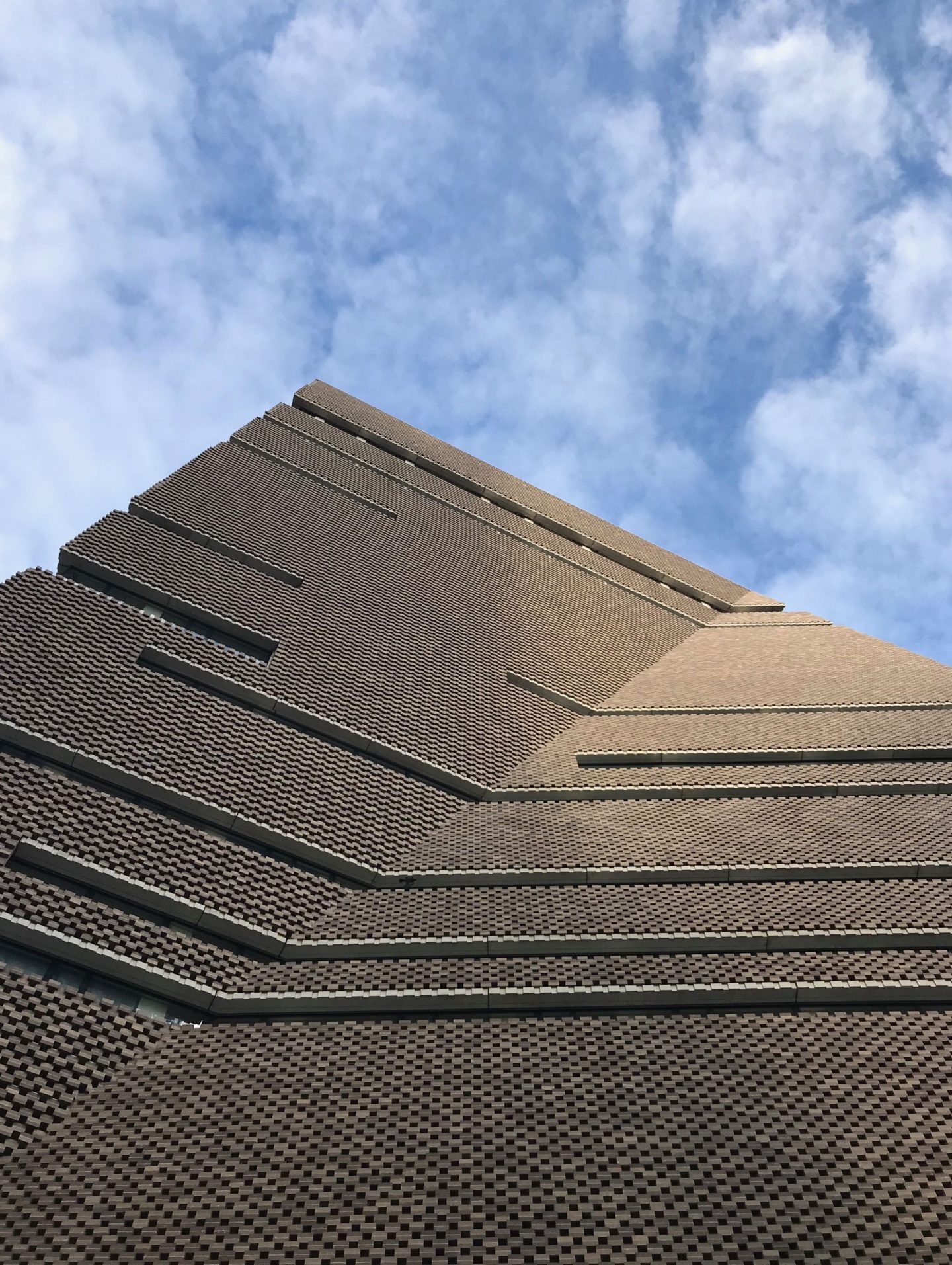 This is not a sponsored post, thank you for Oxo Tower Wharf for inviting me to their South Bank blogger event where drinks and refreshments were provided. All words, opinions and images my own.