School holidays intervened to make this post late which given the half term is TWO weeks here in Brighton I think its very understandable. On a dark evening almost two weeks ago I headed off to the Design Museum in Kensington to join the fun of the Amara Interior Blog Awards. As you will know from here and on my social channels, I was nominated again this year. Unfortunahttp://www.interiorblogawards.com/tely, I didn’t make the shortlist, but I still got to go along and join the party. I brought along Annabel of Bleak House London to be my wing(wo)man and be my fizz quaffing partner in crime. Before we’d even reached the hallowed gates of the Museum, we’d already met Kate Watson Smith from Mad about the House and Erica Davies of the Edited. I might have been a bit giddy about meeting Erica as I avidly follow her Instagram stories. In fact Kensington high street was awash with bloggers it seemed, I heard tales of people running from the tube station to get to the ceremony on time.  I quizzed Kate about her skincare and makeup regime – she looked flawless and failed miserably to ask her important questions like who was her favourite designer and which paint company comes up trumps in her books. I’ll save those for another time then. 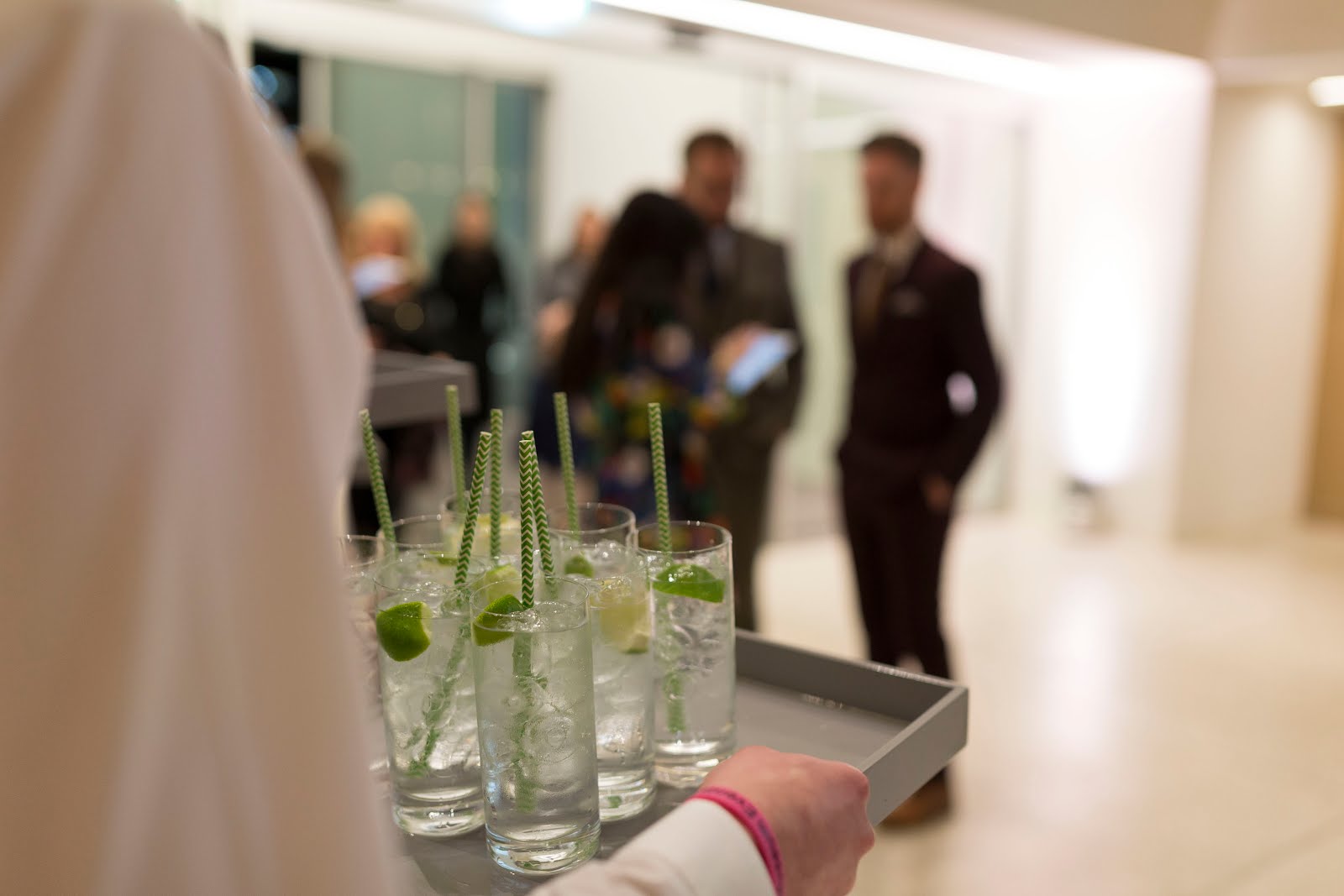 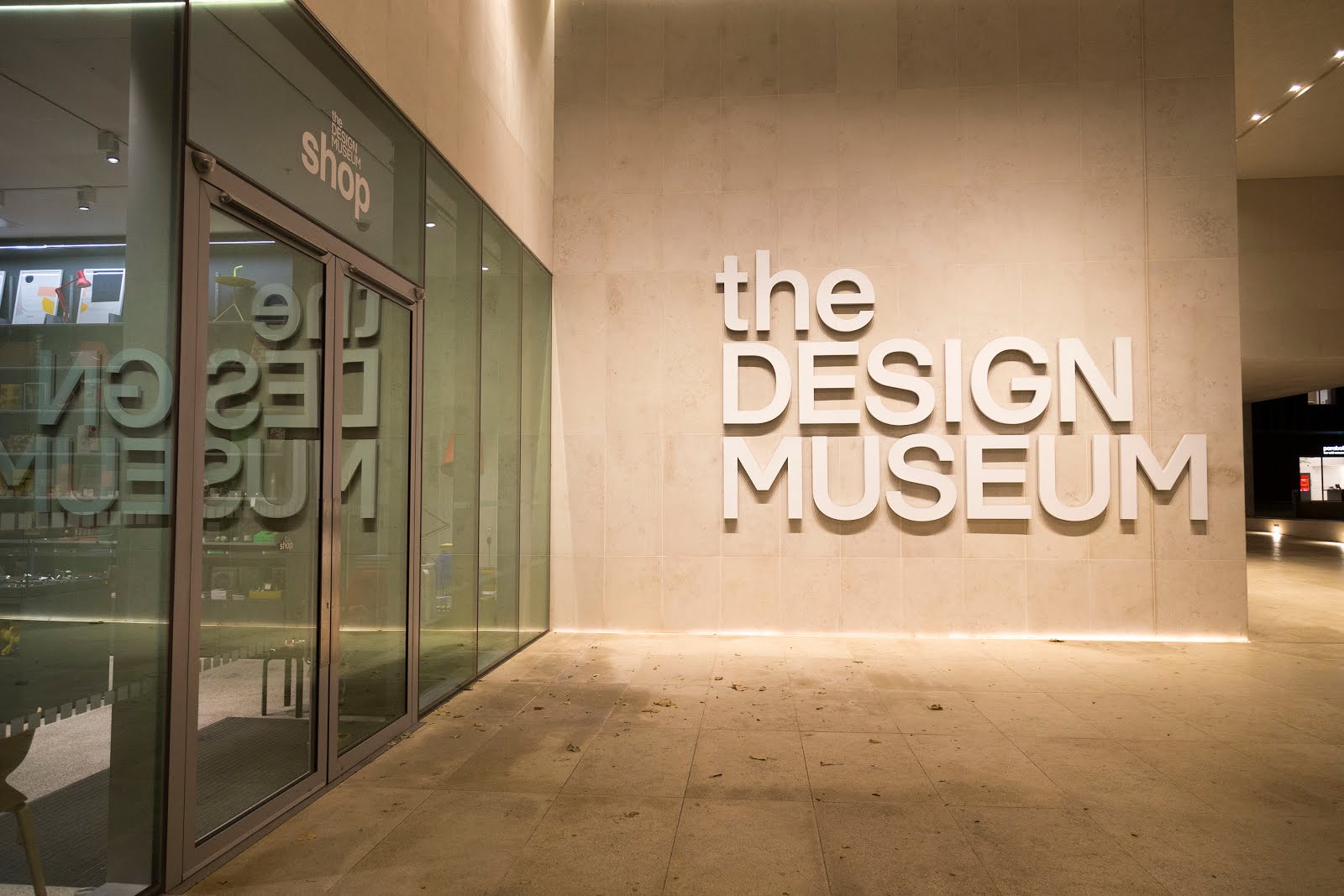 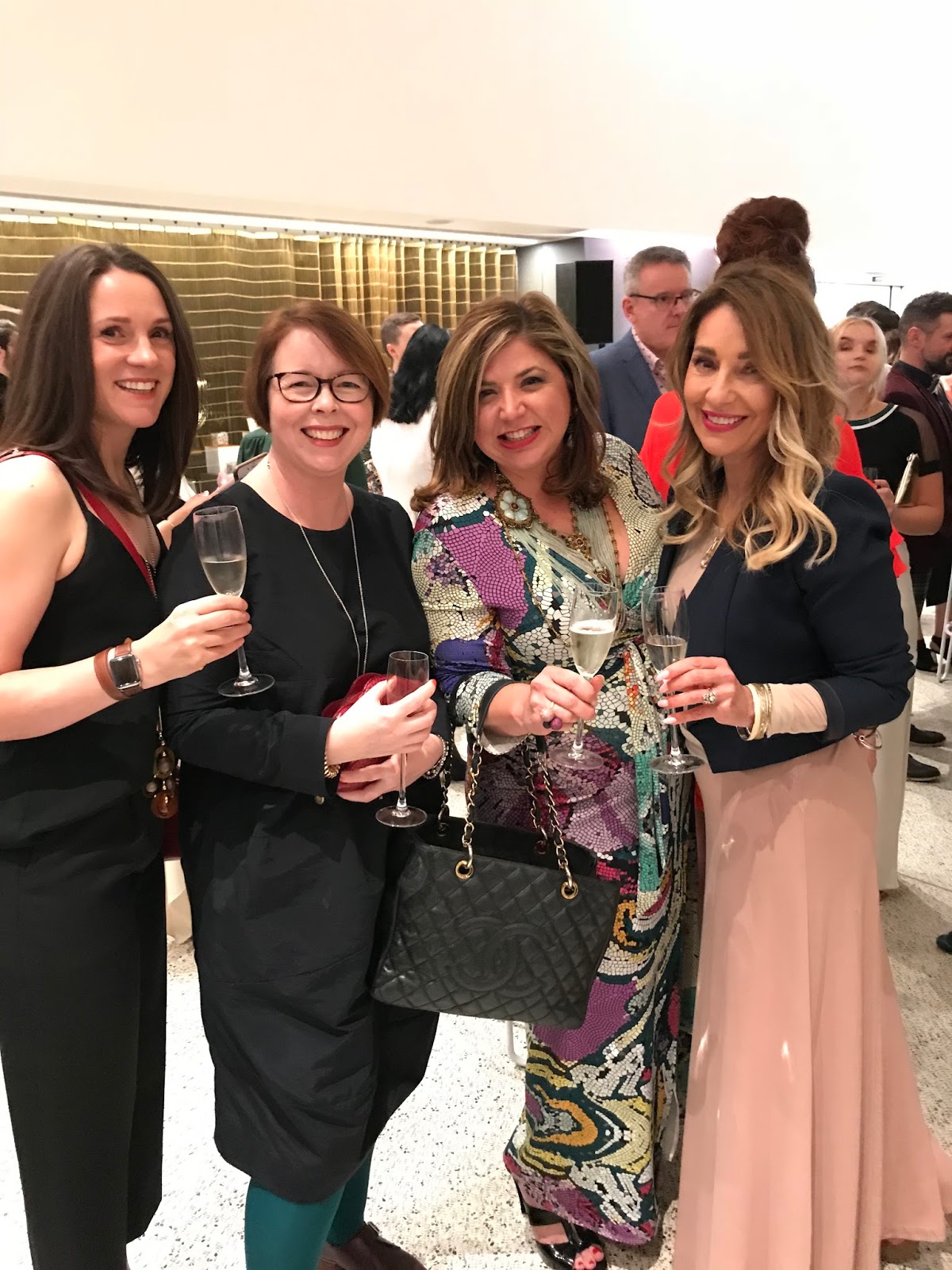 On arriving at the venue we were greeted with a wall of Amara bags, which later turned out to be THE goody bags, and waiters proffering glasses of fizz. There were bloggers I knew and lots of bloggers I didn’t know, but over the course of the evening, I tried to speak to as many as possible.  Of the nearly 800 nominated blogs for the Amara Interior Blog awards it wasn’t surprising that there were blogs I hadn’t come across. What was quite funny though, was bumping into old friends from blog tours that I hadn’t realised would be attending like Regina Sturrock and Toma from the Antiques Diva. I knew I would see Delali from Decor by Delali, Emily from the Pink House and Jess from Gold is a Neutral as they were shortlisted bloggers but I think I worried Lisa from Lisa Dawson Styling by knowing just a little too much about her weekend plans. Like with Erica, I’m addicted to Lisa’s Instagram stories as she definitely shoots from the hip about all things DIY. I bumped into Grant from Interior Style Hunter and sat next to Natasha from Graphique Fantastique, but there were some people I was shocked not to see there like Cate St Hill,  Carole from Dear Designers, Bianca from French for Pineapple, Sarah Akwisombe and many others. 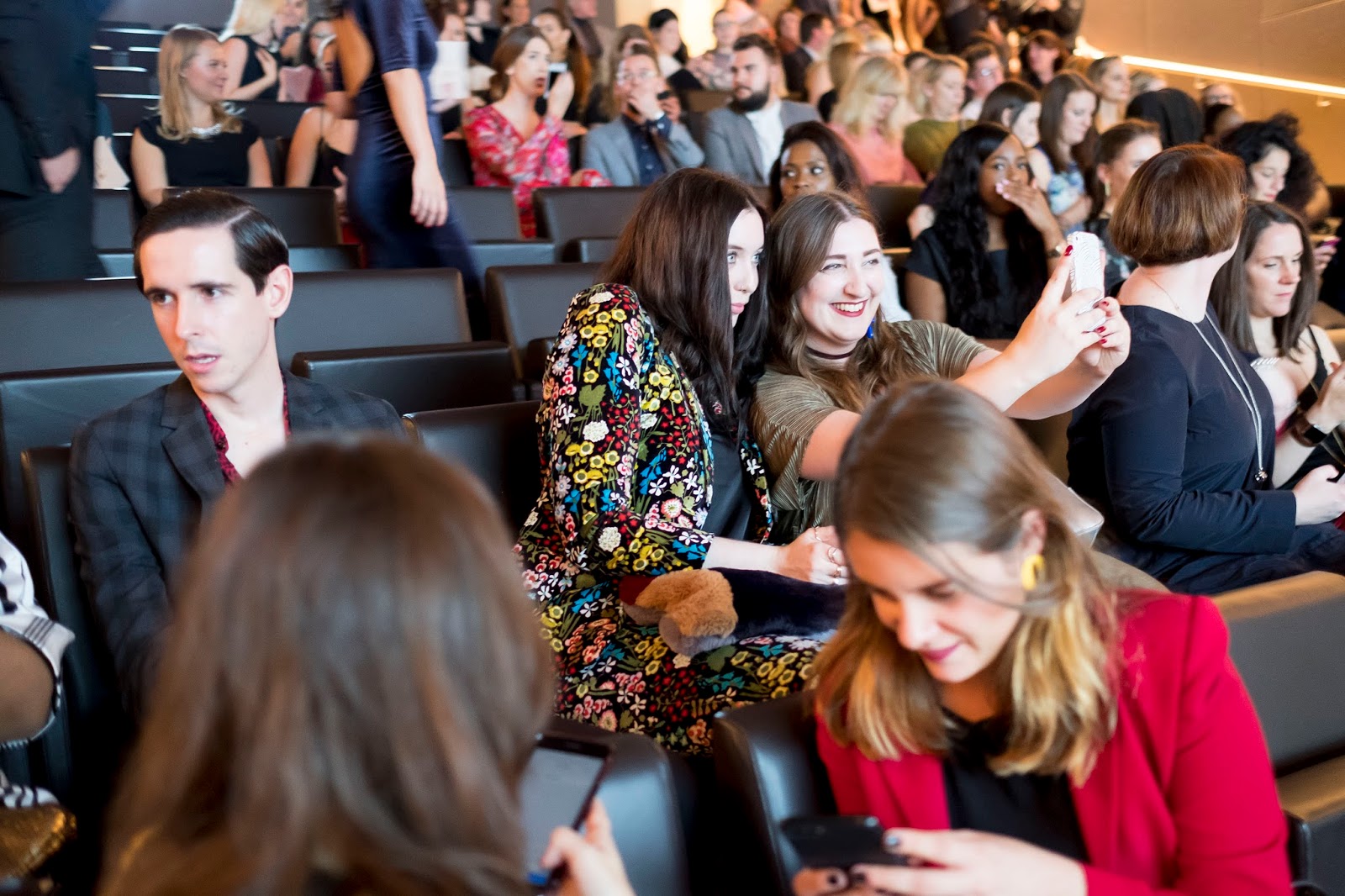 For the ceremony itself, I made sure to sit front and centre to watch the whole event unfold, I had to have good seats to watch Sophie Robinson and Daniel Hopwood playing it up. The evening was broadcast live, and I wanted to make sure I was able to see (and cheer) when people I knew won awards.  Annabel and I were actually sitting really close to two of the judges Kimberly from Swoonworthy and Kate Watson Smith.  Not that they gave anything away at all.  The first category up was for Colour Inspiration, and I gave my very biggest cheer of the evening to the very talented Emma Jane Palin who’s a blooming rock star if you ask me, who won TWO awards. She’s a genuinely lovely person that I bump into at trade shows all the time. Well done Emma! 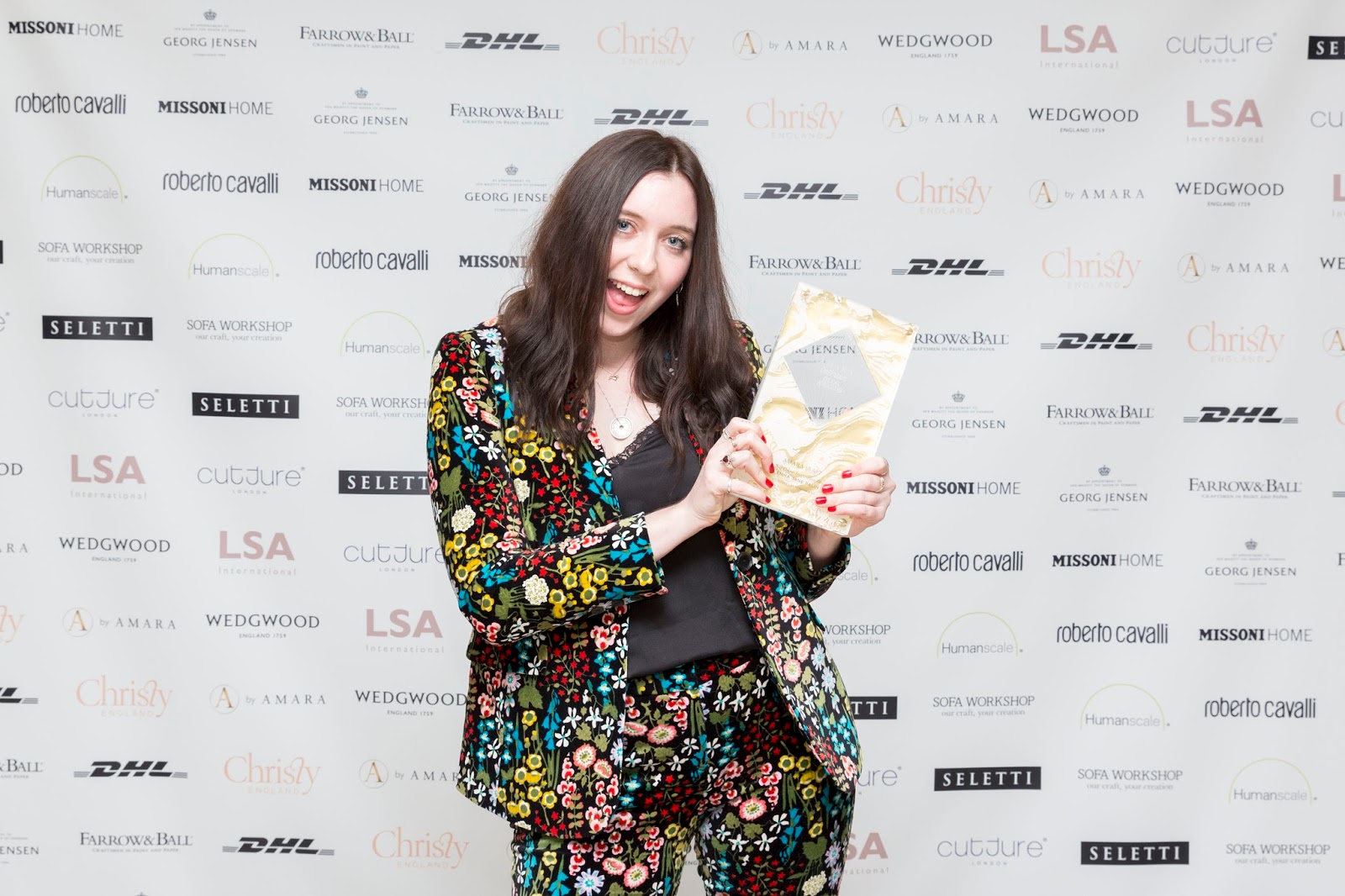 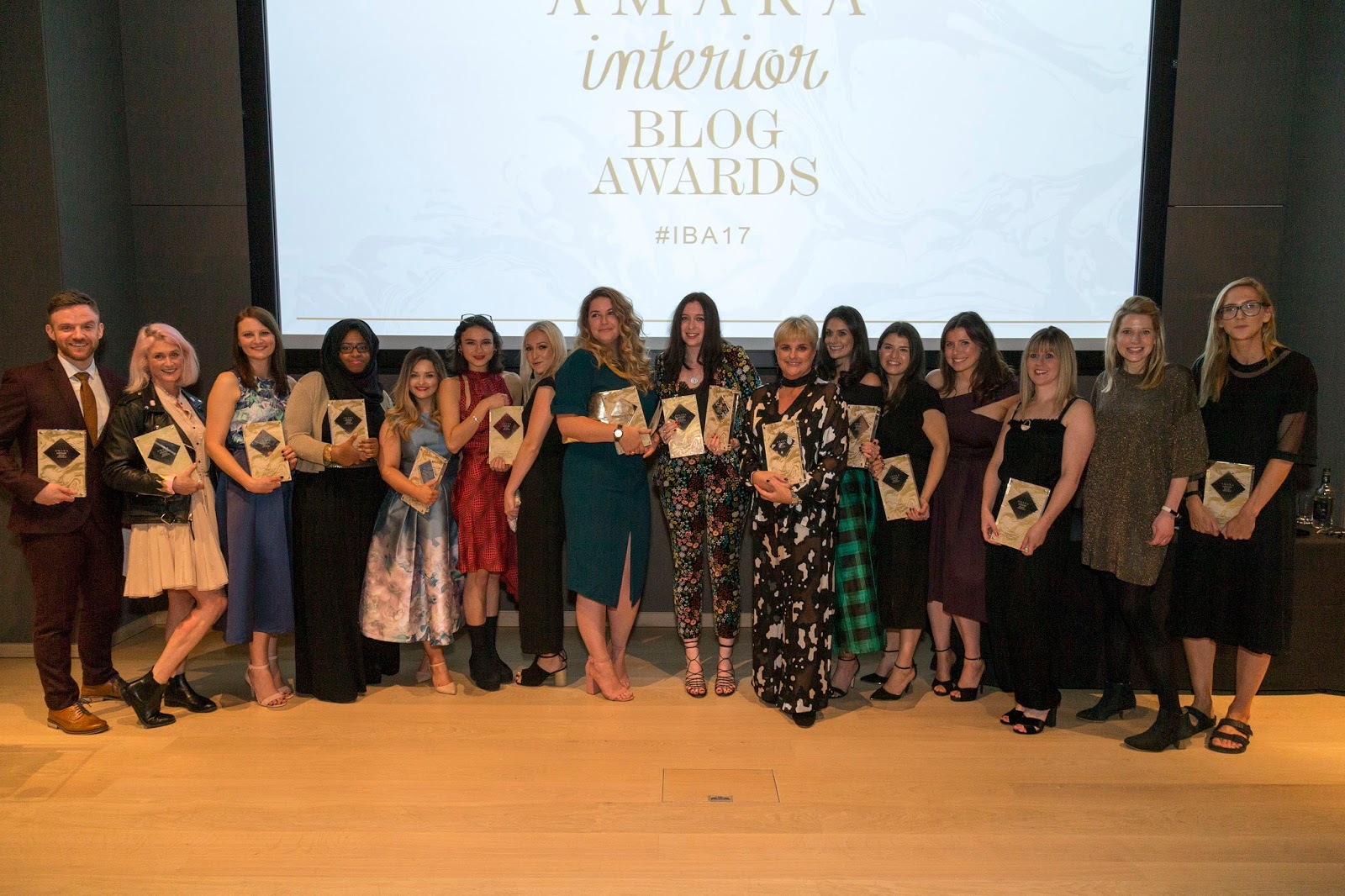 I was made up though to meet Malcolm from Design Sixty Nine who won the bloggers choice award and was thoroughly gobsmacked by it all. Such a nice guy. So while I was busy tweeting all evening I really didn’t take enough pictures at all – what kind of blogger am I? To see the full list of winners visit here.  After the winners were announced, there was more mingling, swigging of fizz and congratulating people before I hot-footed it home to Brighton with my incredibly heavy goody bag.

Which brings me on nicely to my competition. How would you like to win my AMARA Living goody bag? No, really you can have it! It’s packed with gorgeous goodies and worth an absolute fortune, well over £200. You could win this fantastic prize by signing up for my quarterly newsletter. I’ll pop more photo’s of the goody bag later today.

CLICK HERE to SIGN UP eepurl.com/c-Gb-X  (this link takes you to mail chimp). You’ll need to check your inbox after sign up, and I’ll be choosing the winner at random on 1st December from the new sign up’s. If you already subscribe to my blog via Feedburner, you can still sign up at this link and take part in the competition. Open to entrants in the UK and Ireland only. 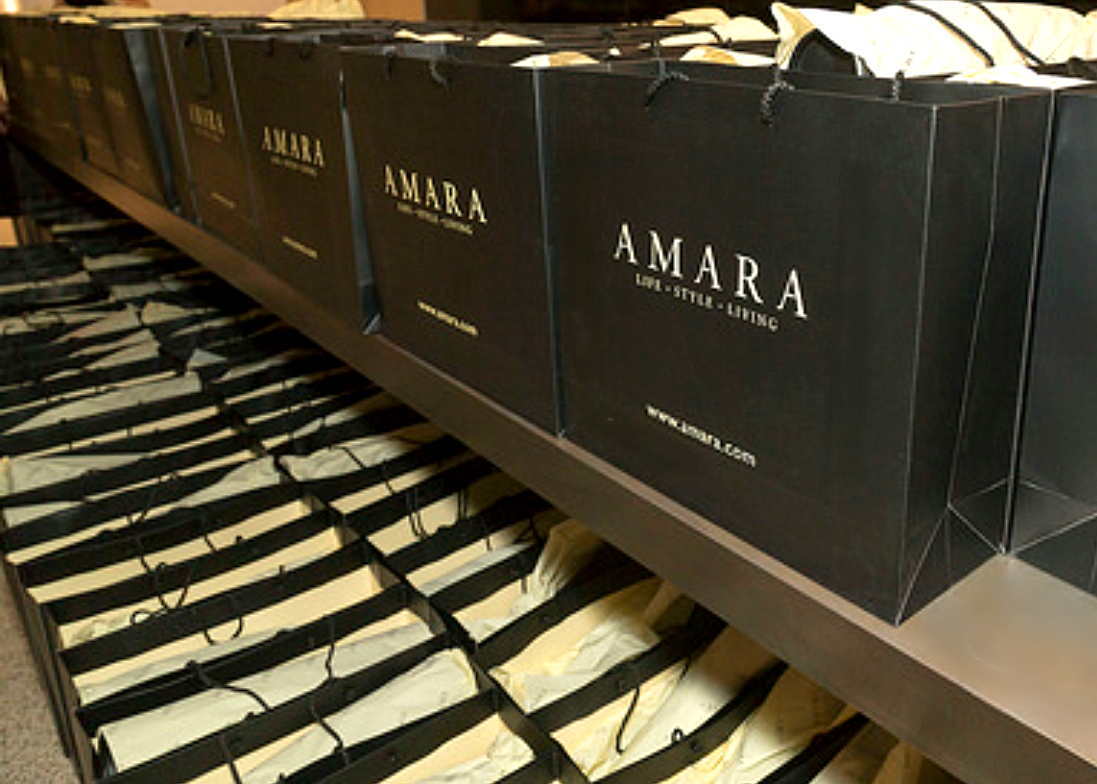 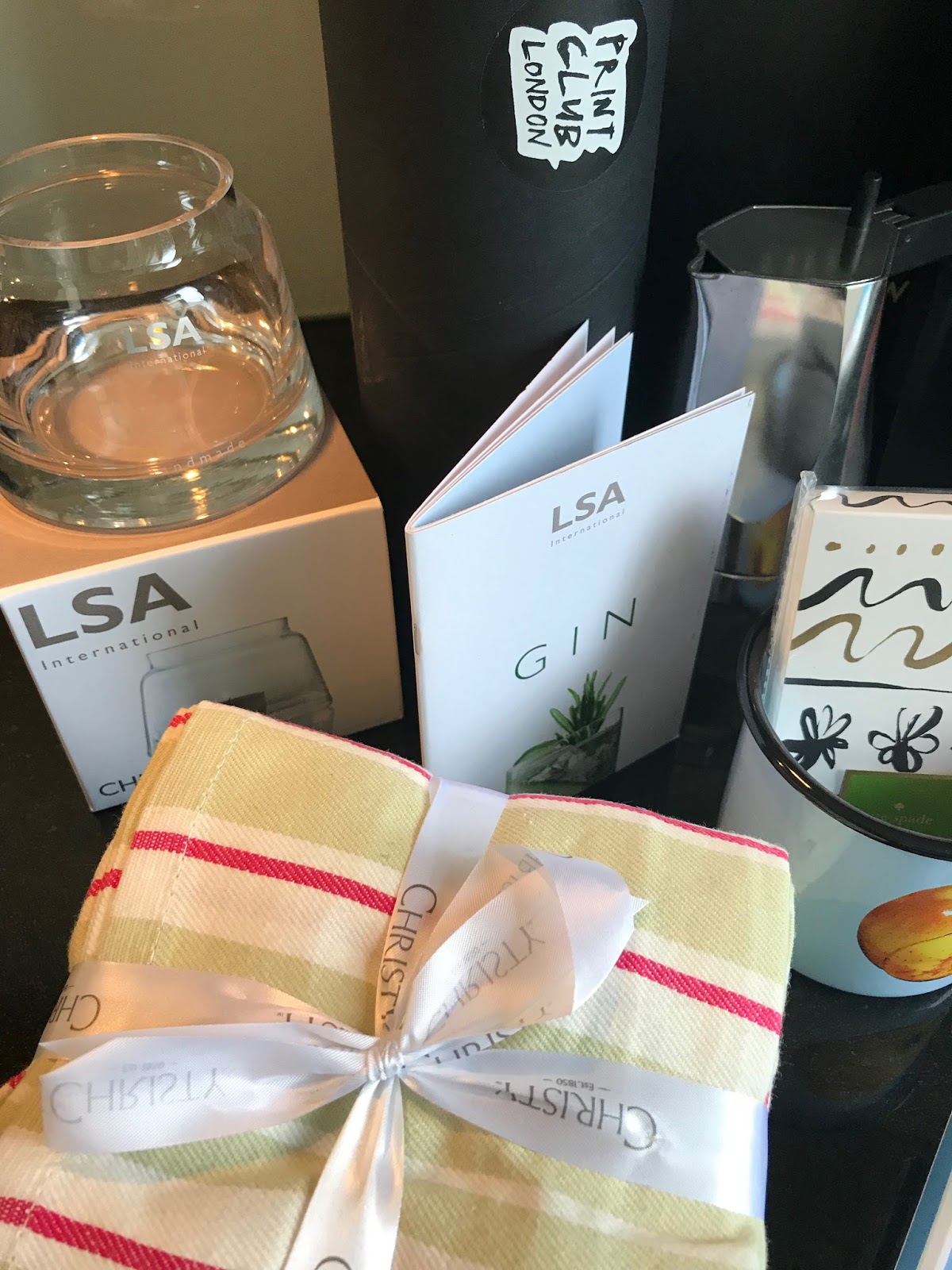 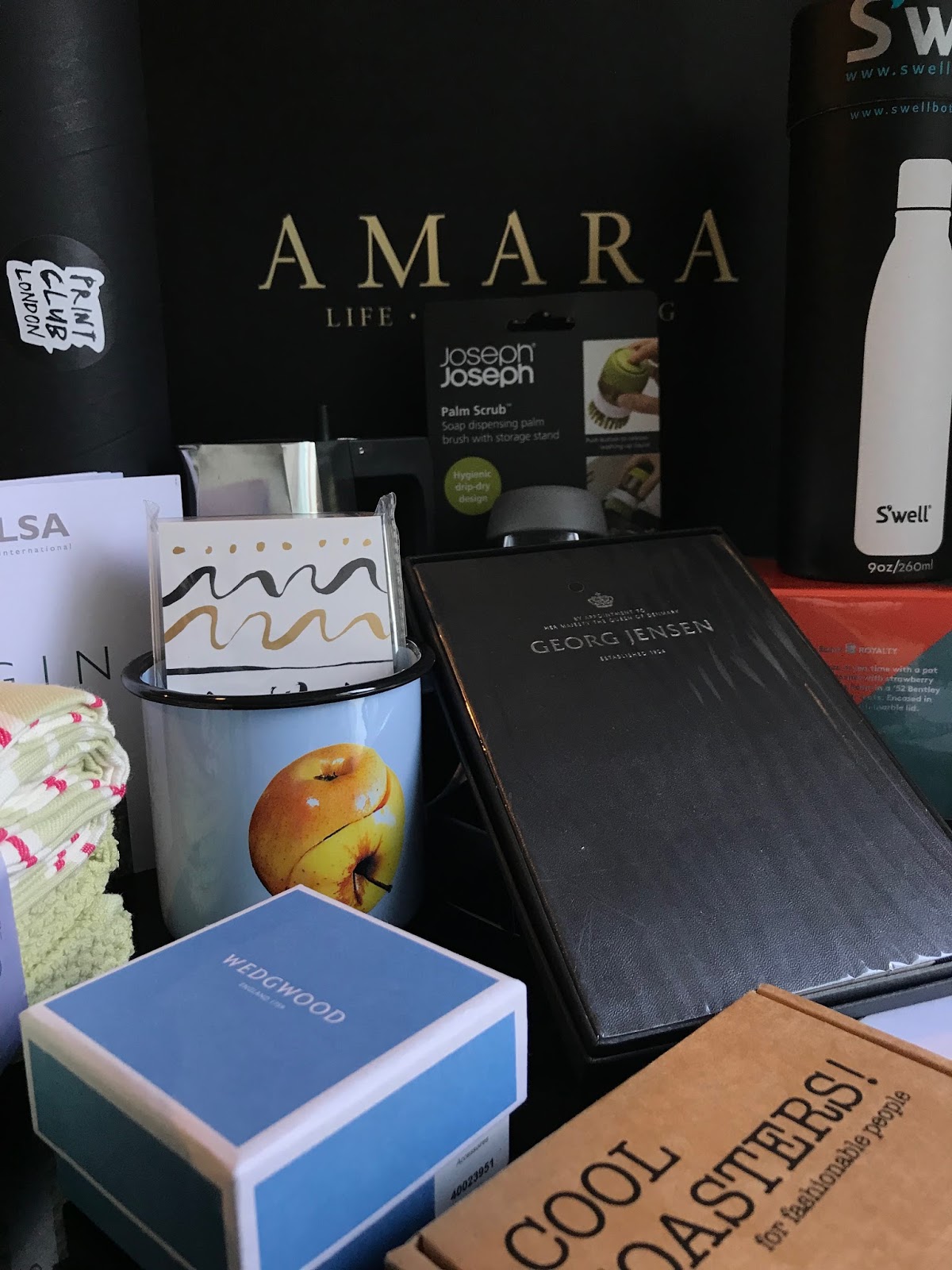 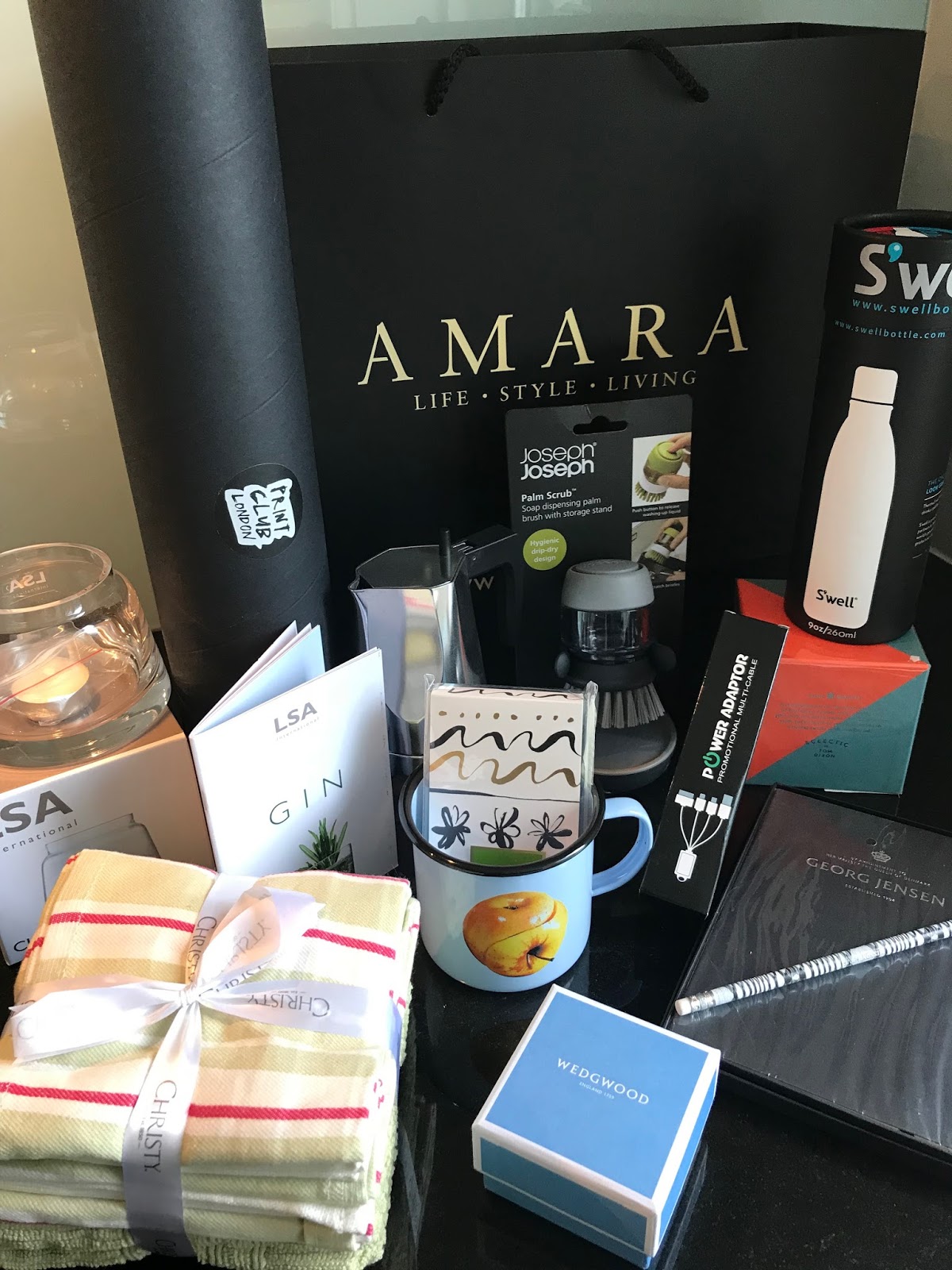 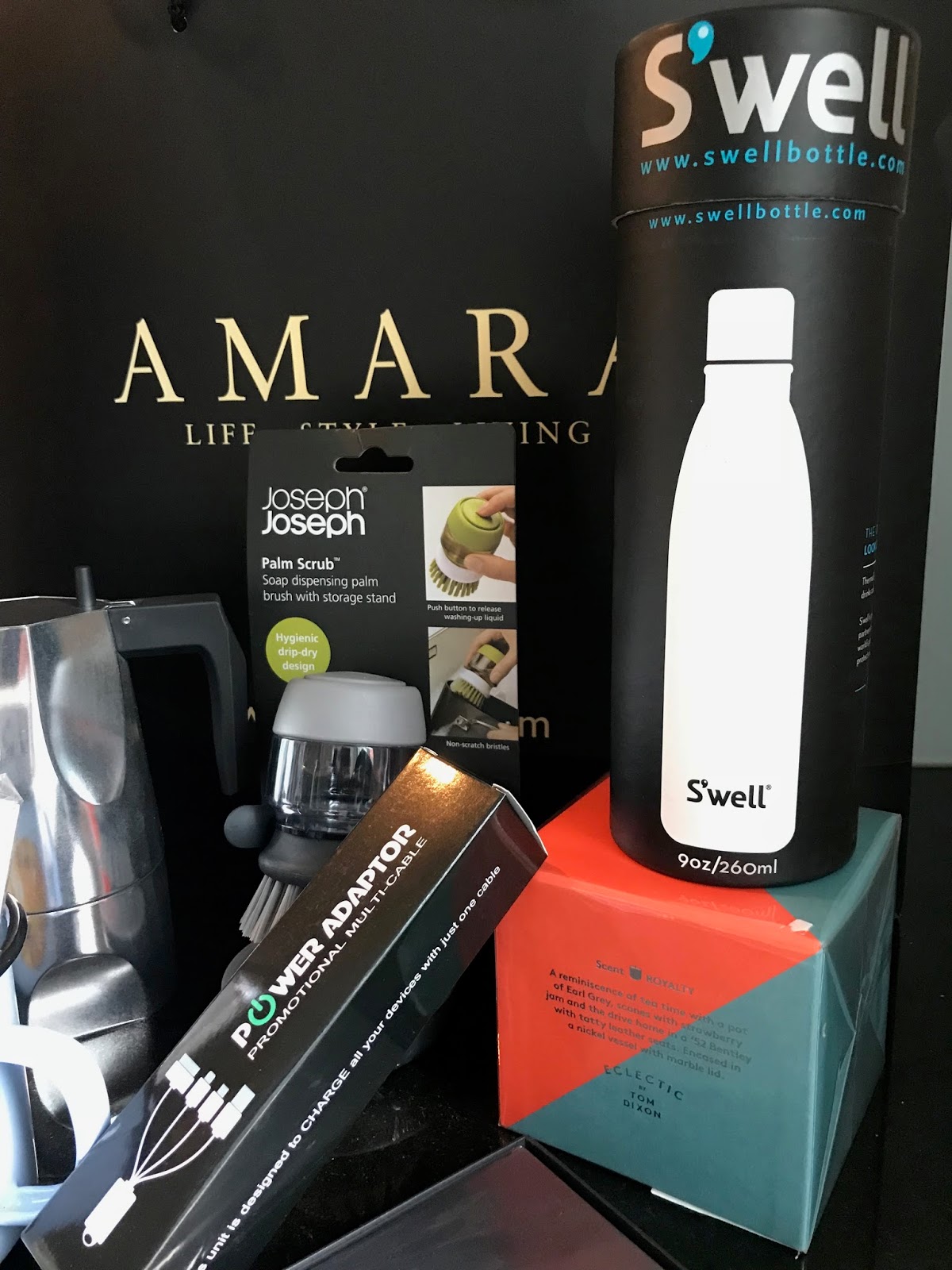 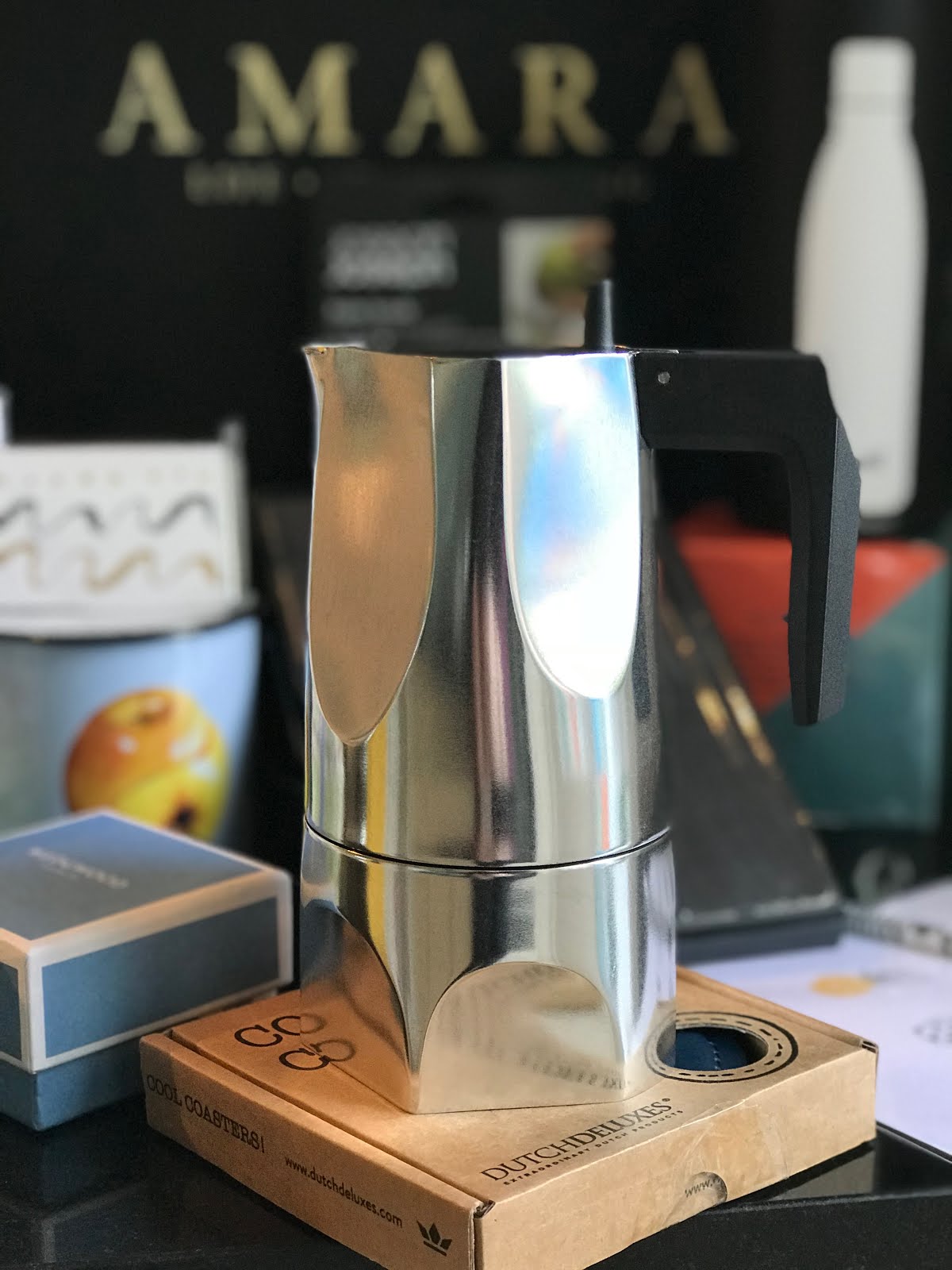 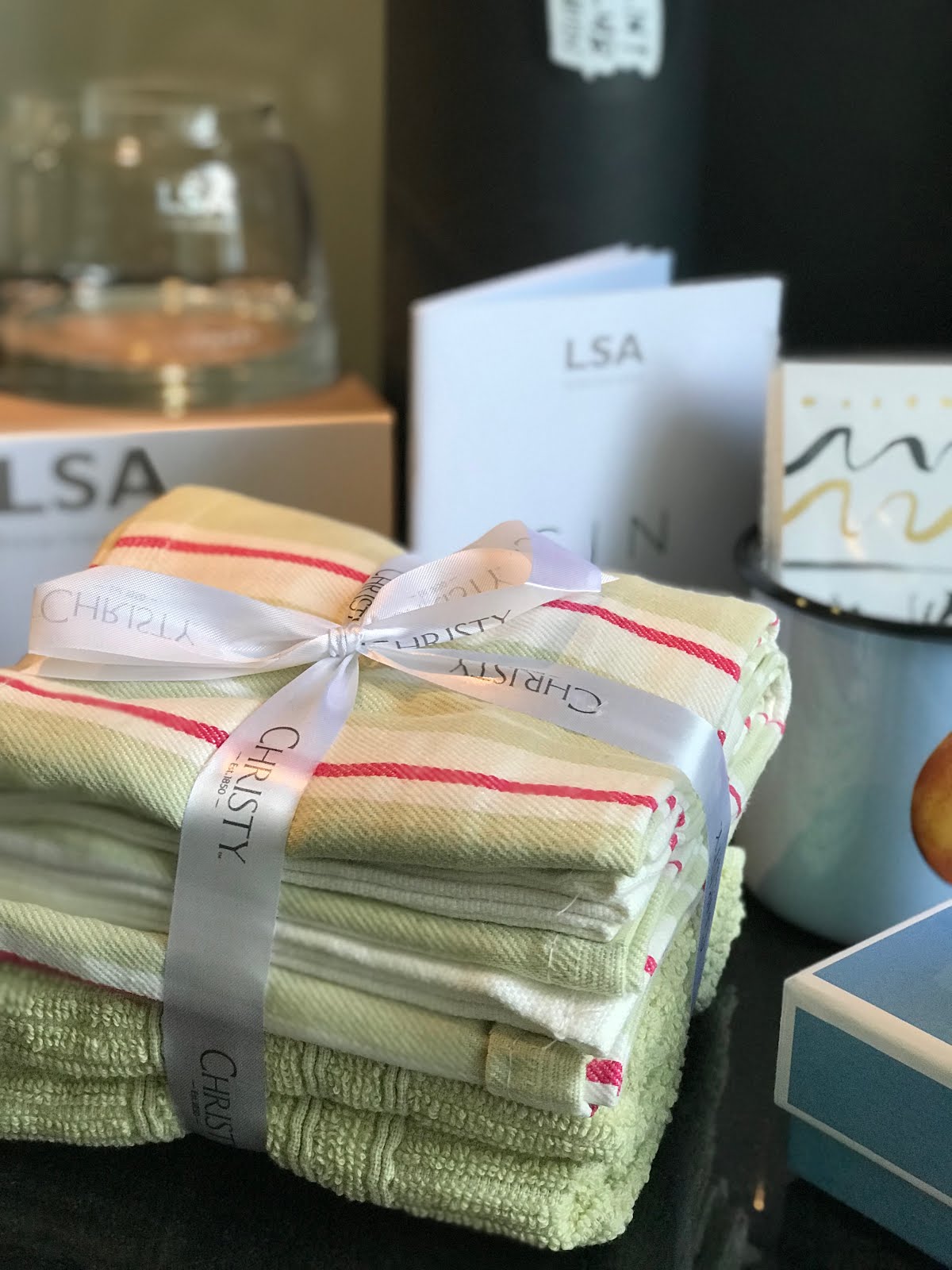 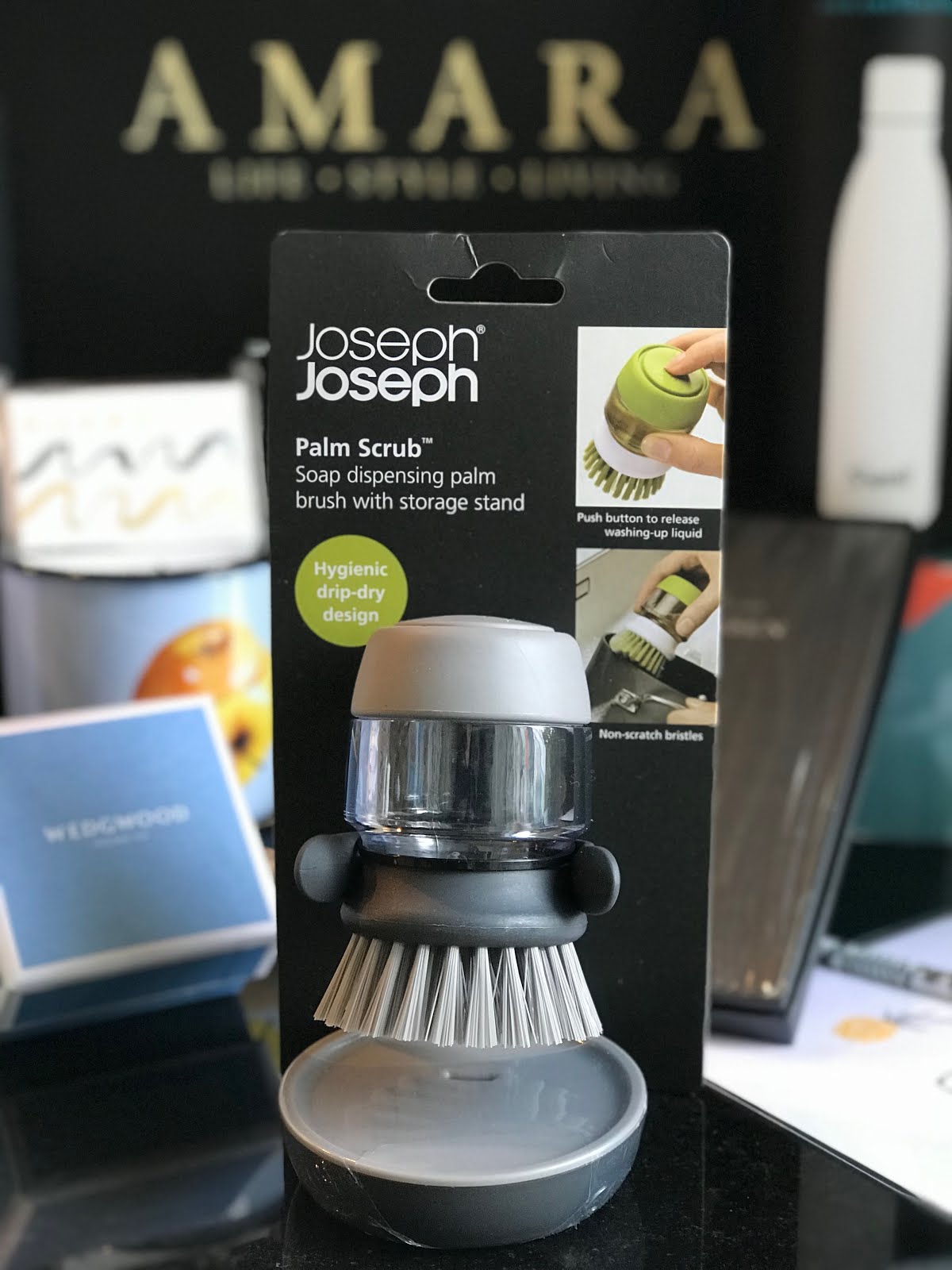