If you didn’t already know that London Design Festival is looming large in September I’ve got to ask why not? It’s a real favourite of mine not least because it’s practically on my doorstep but also for the sheer variety of events, exhibitions and installations on offer. The London Design festival is guaranteed to bring plenty of colour, innovation and creativity with a great big dollop of fun during its 10-day takeover in September. I’m going to share with you my London Design Festival Guide….. essentially its some of the exhibitions and installations that have piqued my interest. 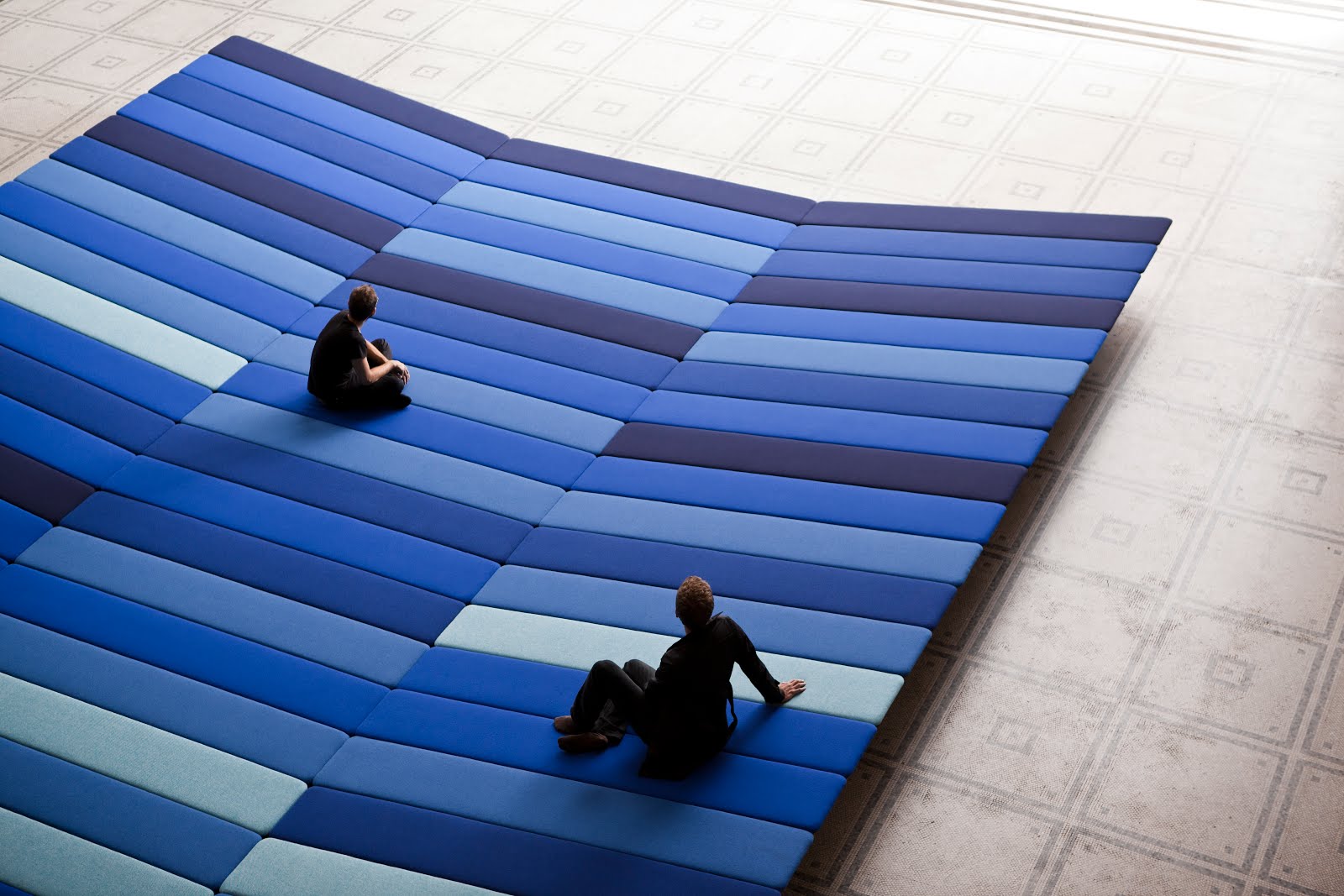 2017 is the 15th anniversary of the London Design Festival and with close to 500+ listed events its a bit of a mammoth undertaken but here are my thoughts on the things you should be getting out to see.  Essentially this is just the research I’ve been doing for myself but the skinny version so you won’t be trying to

two places at once  – -I have been known to try this occasionally, funnily enough, it doesn’t work.

Start at the V & A
If you’ve only got a half day in town and want to see a few things I always recommend starting at the Victoria and Albert Museum. It’s a hub of sorts for the festival (alongside Somerset House) and always has a handful of installations as well as some really great talks. Over the last 9 years, this venue has gone from strength to strength and this year will be the home of the Reflection room by Flynn Talbot, Transmission by Ross Lovegrove and While We Wait – an immersive installation by Elias and Yousef Anastas. Also on display are four sculptures by British artist Rachel Kneebone including one is the beautiful surroundings of the Medival and Renaissance Galleries on the ground floor. 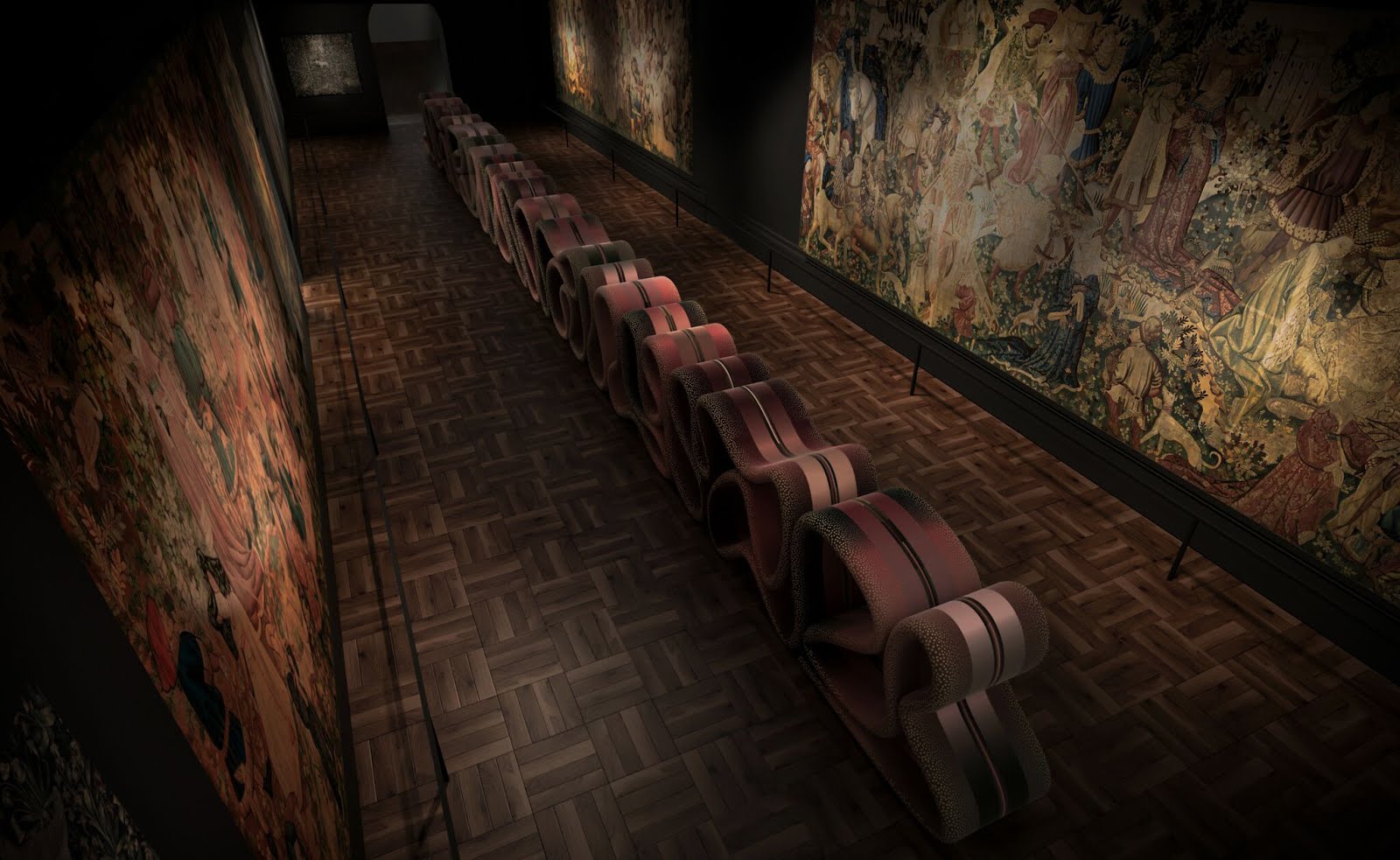 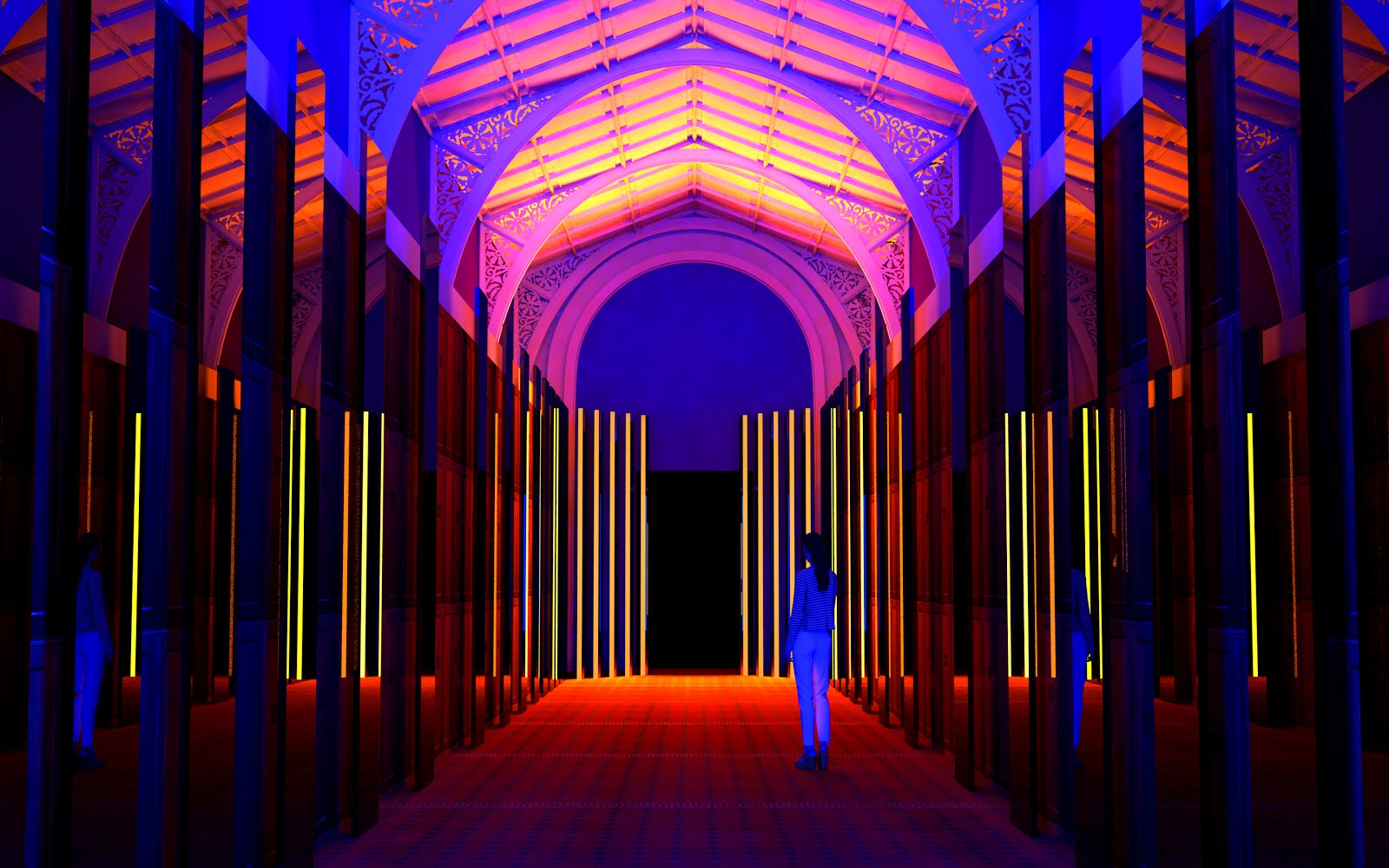 Design Frontiers is taking place for the first time at Somerset House with 30 exhibitions by international designers. On my list to visit will be Tord Boontje for Swarovski, Benjamin Hubert, Kvadrat and 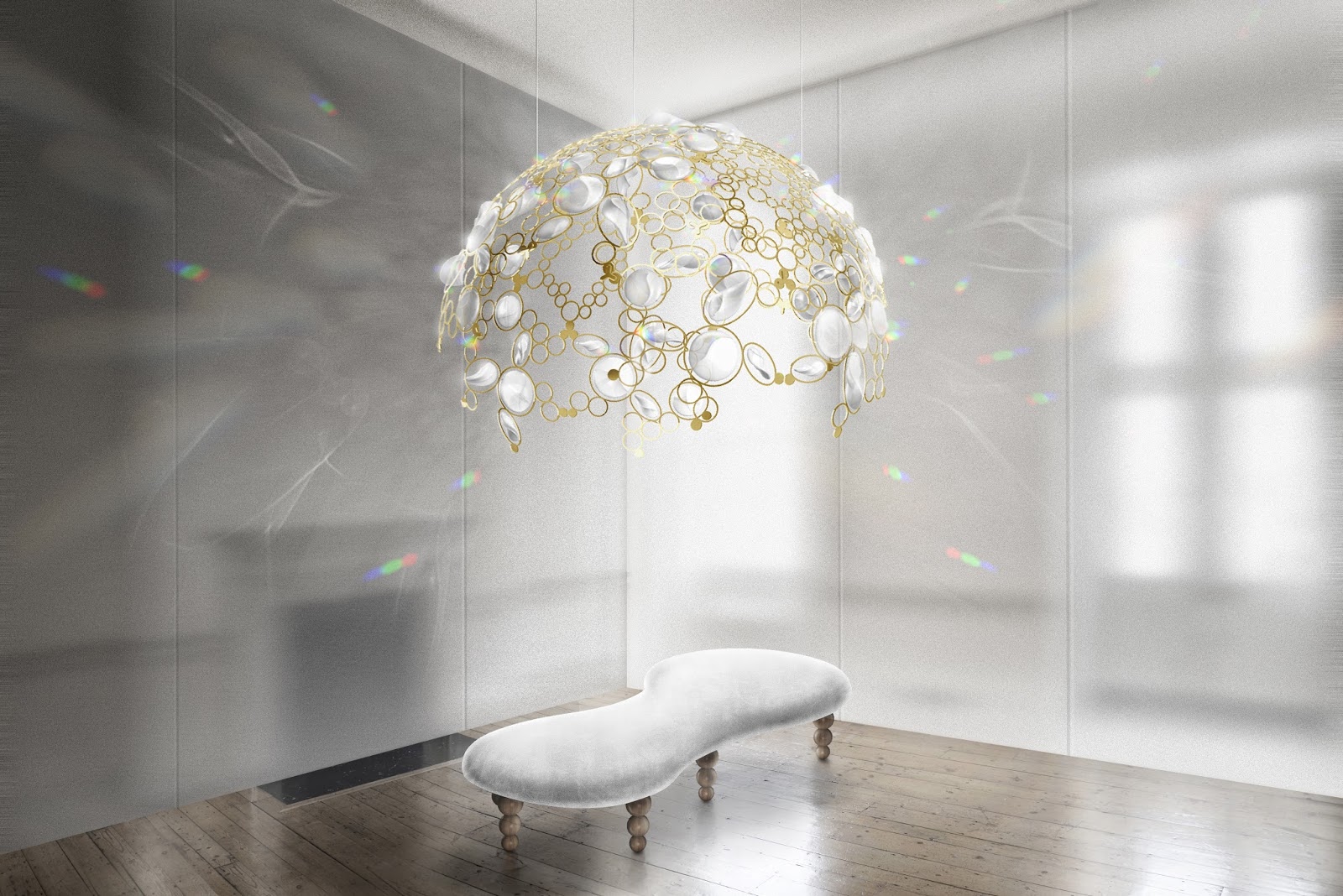 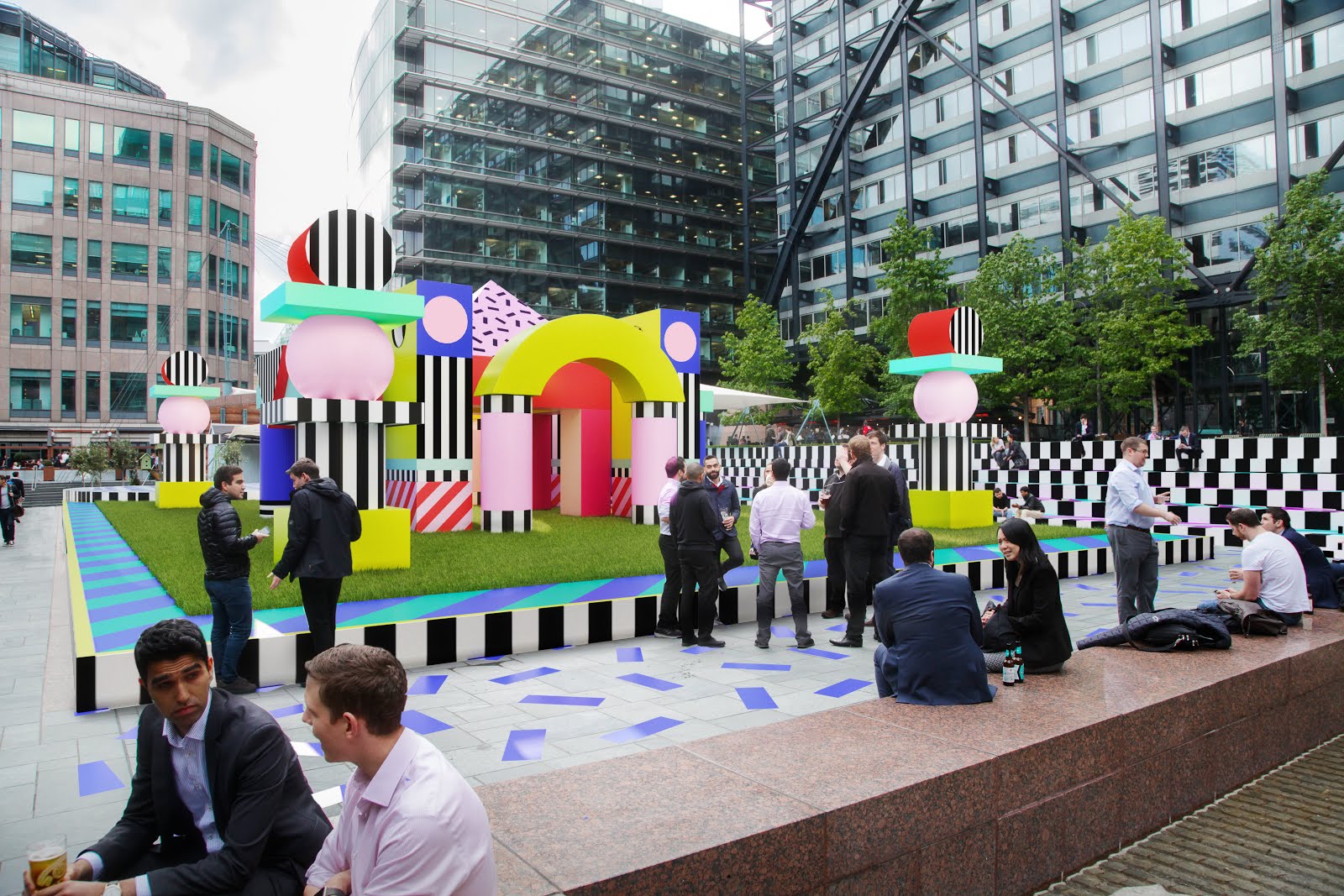 Villa Walala by Camille Walala in Exchange Square, Broadgate is bound to be a crowd pleaser and big draw for the festival. In her signature style, she’ll be bringing a smile to the City workers by taking over space behind Liverpool Street station where many

to eat their lunch in the “fresh air”.

There are nine design districts in this years London Design Festival and just not enough hours in the day to get around them all. Definitely on my list of places to visit will be the design districts of Shoreditch, Brompton and Pimlico. In Brompton Design District a must visit for me will be Cromwell Place which will house installations by a number of people including Studio Ilse and Fogo Island shop. 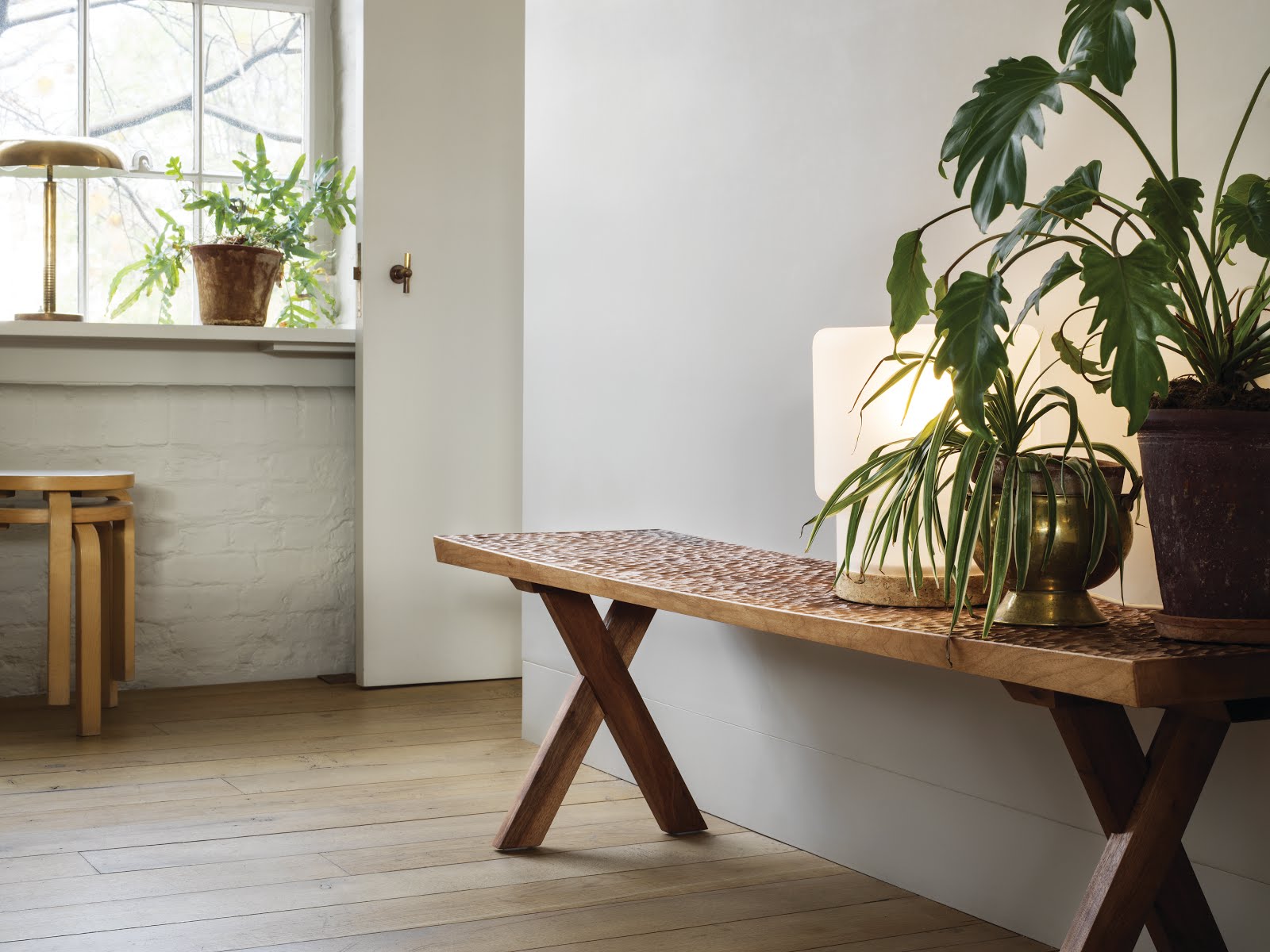 Urban Cabin
Architect Sam Jacob has teamed up with MINI LIVING to create a micro-house, ‘URBAN CABIN’. This London Design festival landmark project consists of a clever module as a homage to micro-house living. Exploring new forms of Urban living the London installation will include a library that will function as a book swap during the festival. During Milan Design Week earlier this year, Mini showcased a shared living space and has plans to build more Urban Cabins in other cities. The next will be erected in New York, coinciding with the city’s architectural Archtober festival. 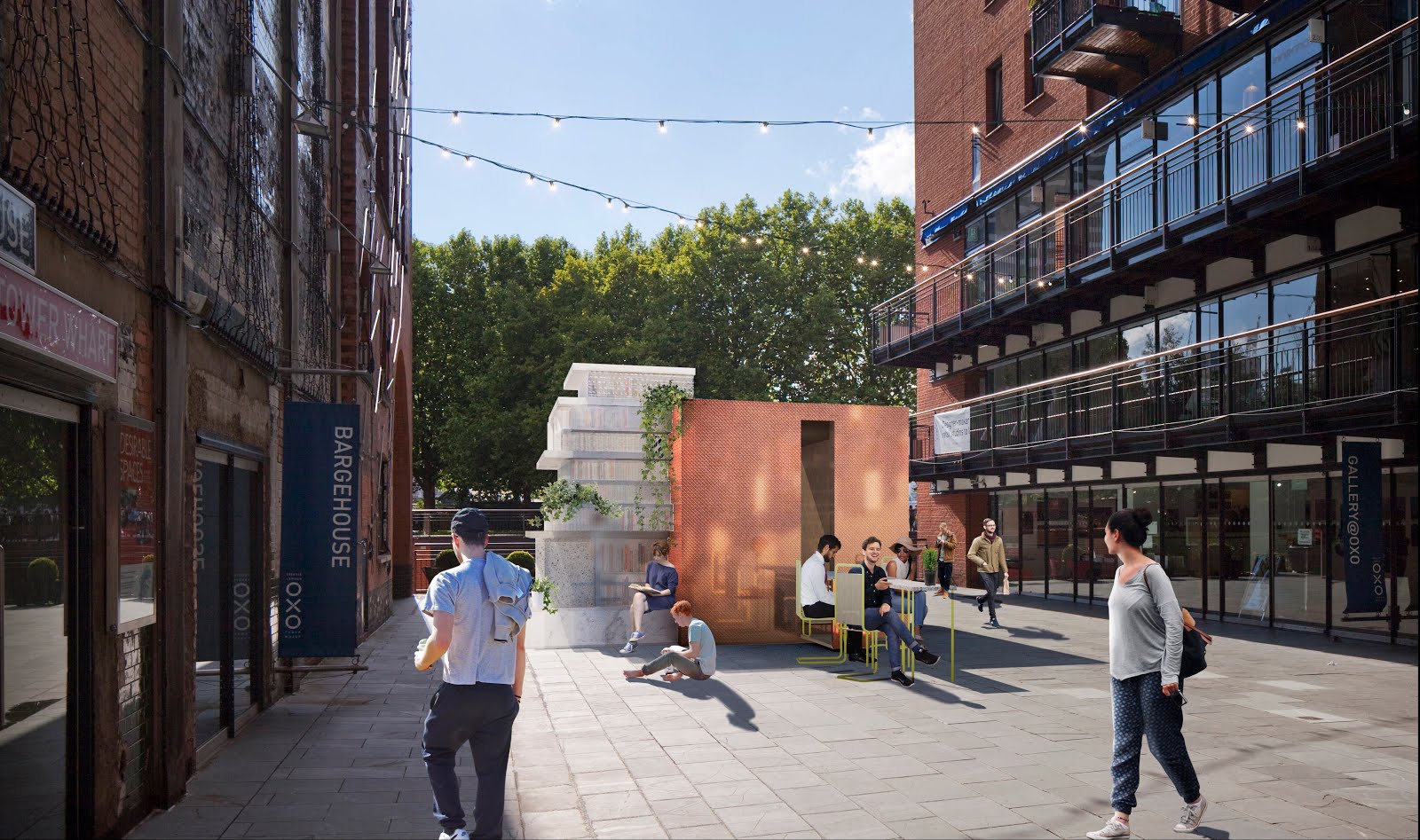 On Repeat
Universal Design Studio has designed On Repeat a timber slatted pavilion on Rivington Street in Shoreditch for LDF17. I’m intrigued as to how it will look given the promotional material suggests that technology (specifically laptops and phones) will be banned. As a fan of some of their commercial retail designs, I wonder how the project with The Office Group who design flexible workspaces will be realised.

Maybe I’ll see you around. I’ll be the one in comfy shoes.