Make hay while the sun shines is a saying that was used often in my home growing up. With both my parents having been raised in farming communities it’s not much of a surprise. Grasping opportunities to do things when they come along was kind of bred into me, so the rush do it before the opportunity expires can sometimes lead to overcrowded days or weeks followed by periods of, well, fallow time I guess. One such opportunity that presented itself just hours before I left the country in July was The House That Bloggers Built project.

This exciting project brings together a group of bloggers to decorate and style a beautiful newly renovated family home in Brighton. Each blogger has been allocated a different room in the house to transform and it is being filmed as a YouTube series. I was allocated a large through living room and dining room in the house – the largest space eeeekk! – decorated in a pale grey not dissimilar to Pearl Grey by Dulux with the skirting boards and fireplace painted in a dark grey reminiscent of Down Pipe by Farrow & Ball.  The other bloggers taking part in the project are:

Alice Dunbar from A spoonful of Alice

Kate Peers from Mad about the Boys

Danielle Hughes from Addicted to House

Most of the filming for The House That Bloggers Built has now been completed and I hope when you see the results you’ll think I rose to the challenge of styling the space in 3 weeks from initial discussion to install. So watch this space for updates.

Another watch this space is for my photoshoot with the talented Emma Croman who followed me out and about in Brighton. I took Emma on a jaunt through North Laine showing her some of favourite places in the city including a visit to Unlimited Shop. I’ll be sharing her lovely photography over on my Instagram.

Blogging can be a lonely exercise sometimes when you sit and write posts late into the evening before pushing them out into the internet. It’s difficult to know how your audience is changing and reacting to your words, thoughts and views so I was chuffed to learn that my blog has been nominated for the third year running for an Amara Living award in the “design inspiration” category. Now that the woohoo has passed I need to ask for your help to get through to the judging stage.  So I’m asking humbly for votes as this means a lot to me and I would really appreciate everyone taking the time to vote. It only takes two seconds, just follow the link below, leave your name and email and it’s DONE!

—You’re not signed up to any lists—

By voting, you’re also automatically entered for a chance to win a £250 Amara voucher. To find out more about the competition and to cast your vote visit here: http://www.interiorblogawards.com/vote/hello-peagreen/

Thanks a million x 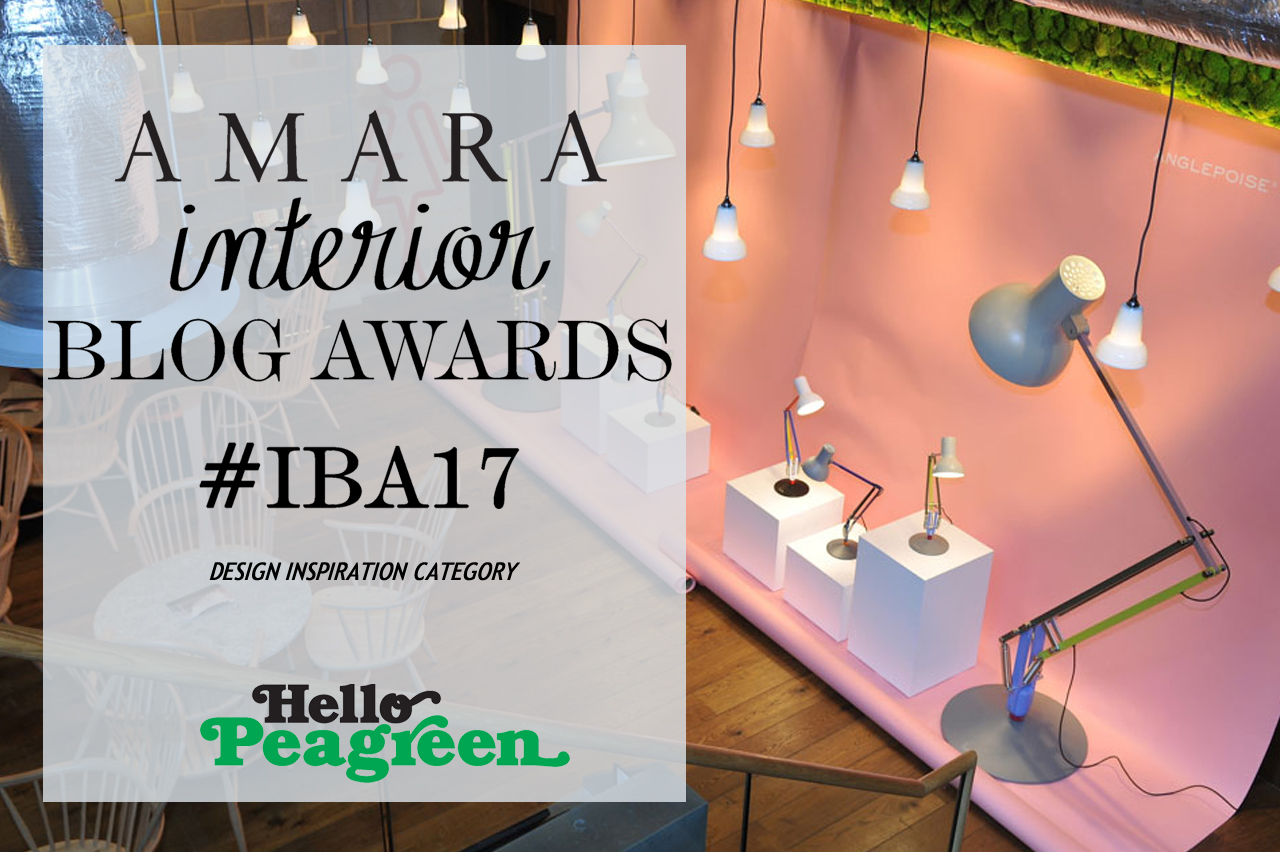