The opening of the new Switch House at the Tate Modern must have been the biggest art story in recent history. It’s now arguably the biggest museum of modern art and with that comes a lot of expectation. My expectations when I went to visit on the opening day were all about the space and the building. Ridiculous really when it’s actually a temple to art. I’m not a fan of stuffy institutions, but design by committee can sometimes lead to some less than excellent choices. 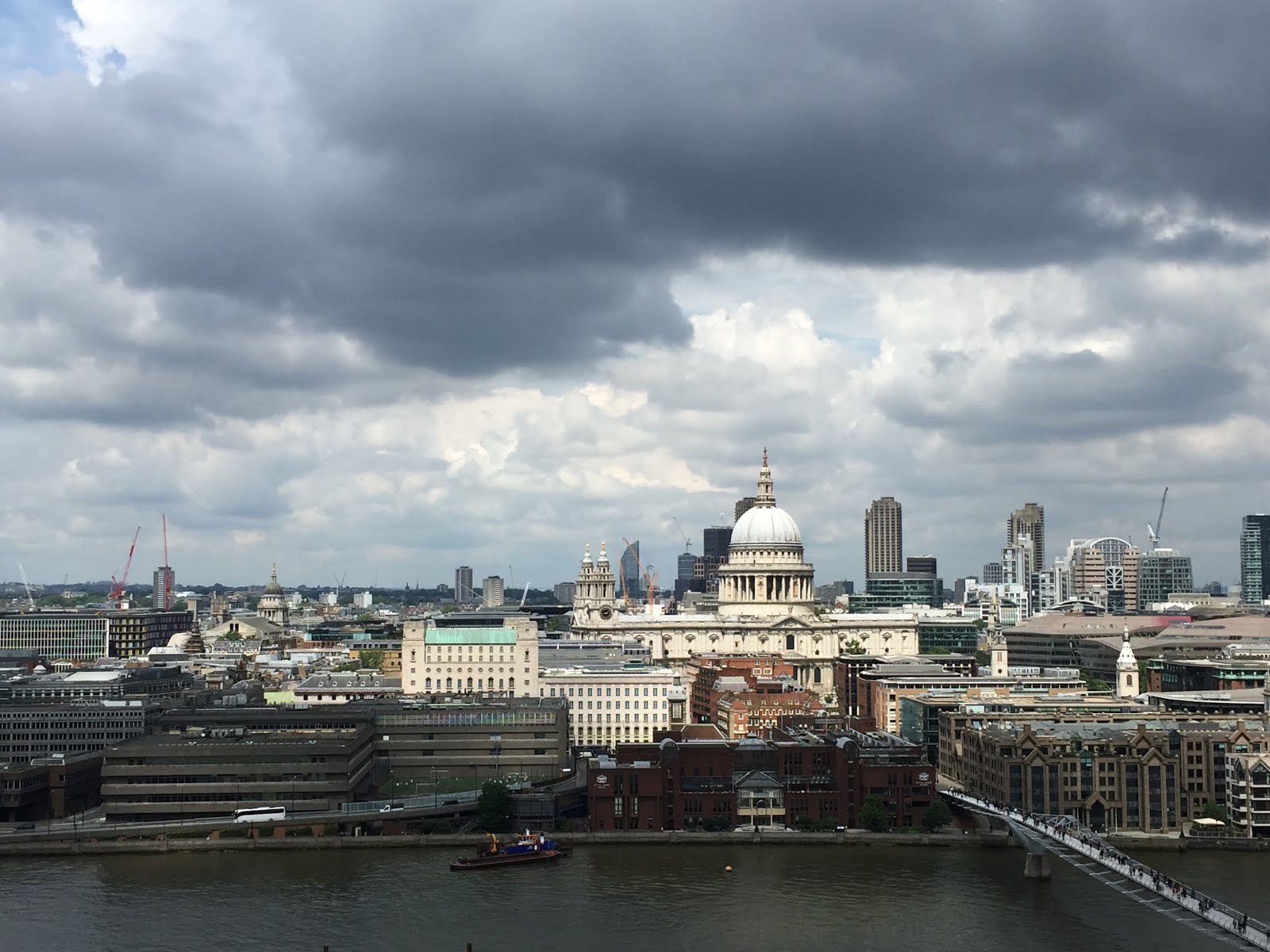 The Switch house though did not let me down.The new extension by Herzog & de Meuron is a monumental success as a piece of architecture, the interior of the building features raw concrete folded into dramatic angles. Grand sweeping staircases that quite frankly if Fred and Ginger glided down them I wouldn’t be surprised. 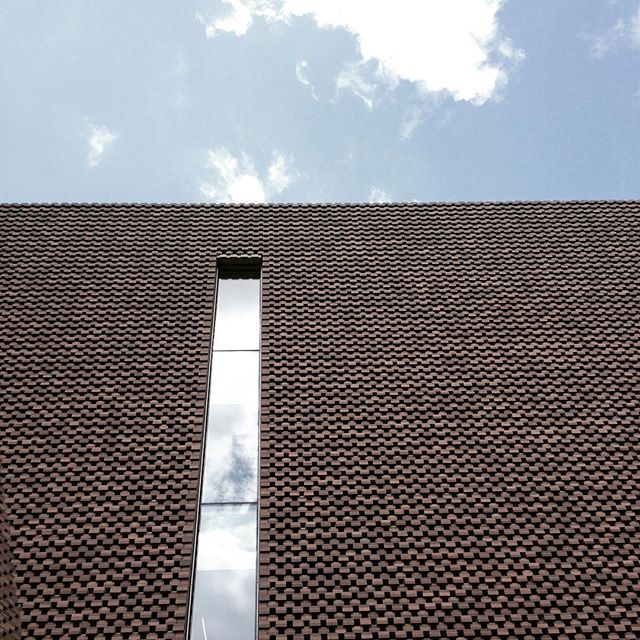 It has bricks as far as the eye could see on the outside, clad in a perforated lattice of 336,000 of them.I thought the textured brickwork was almost like chain mail, allowing the light to penetrate into the interior and create the most wonderful shadow play when the sun is in the right position. A lot has been written about the Switch House, but I believe the return to brick in a tower of 10 stories when glass or steel could so easily have been chosen, is just so right and oddly innovative. 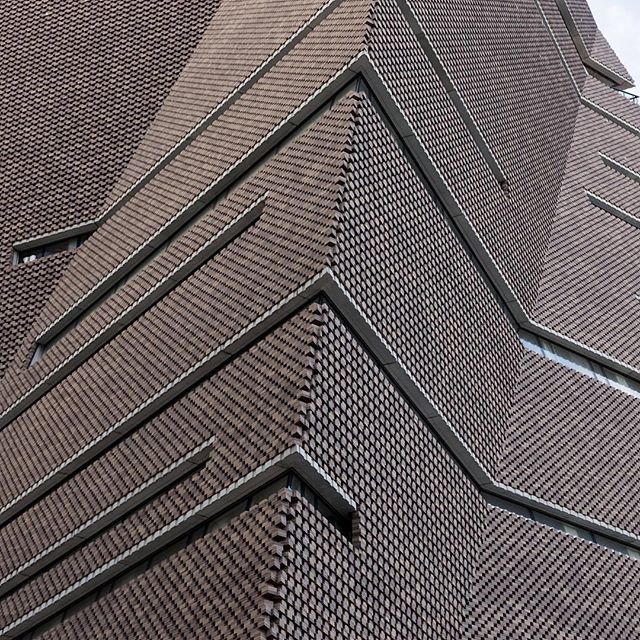 “The new Tate Modern is a game-changer. For an economically divided London, it is a huge, important statement about inclusiveness and connectivity.” – FT 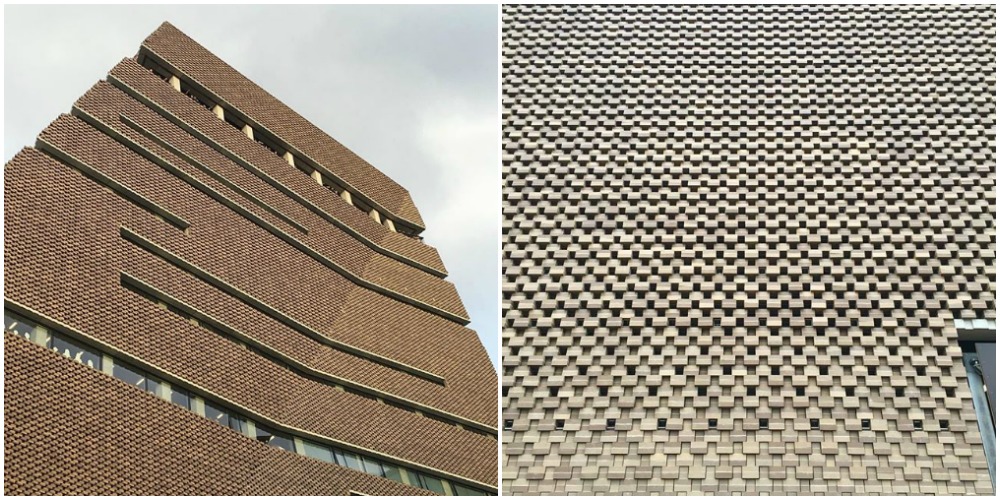 Then in a wonderful democratic gesture, there is the most phenomenal public viewing terrace on the 10th floor. The views are staggering toward the Thames, City and St. Paul’s Cathedral but the really compelling views are those across to the Neo Bankside.  The triangular glass-walled living spaces of the luxury residential development are immaculate laid out and completely without inhabitants.   It’s a homage to stylish contemporary living, and it feels that it too has been curated for our viewing pleasure. 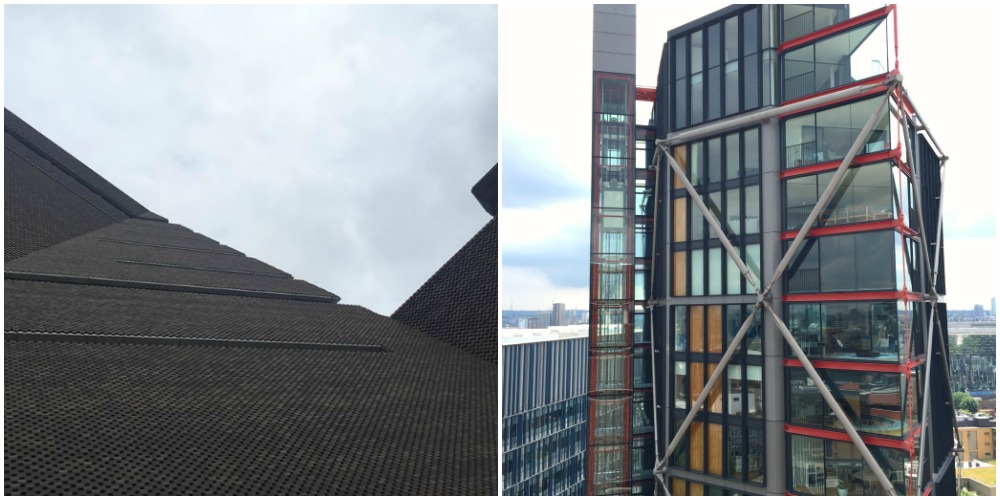 When the building wasn’t dazzling me, I did actually look at some of the art on show. In fact, I joined a 10-minute talk by one of the volunteers about Roni Horn the minimalist solid pink glass cube. I was thrilled to see the minimalist sculptures of Donald Judd and whole rooms devoted to Louise Bourgeois.
Go visit the Tate Modern Switch house you won’t be disappointed. 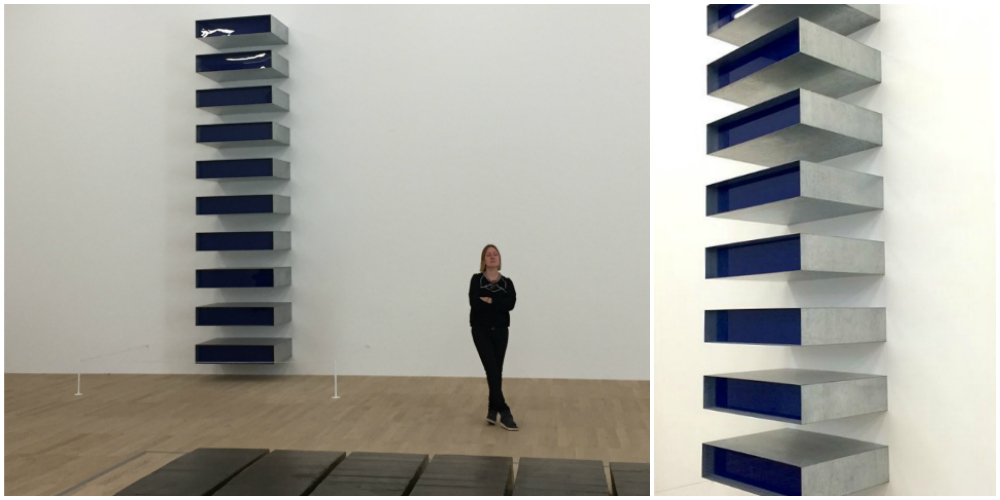 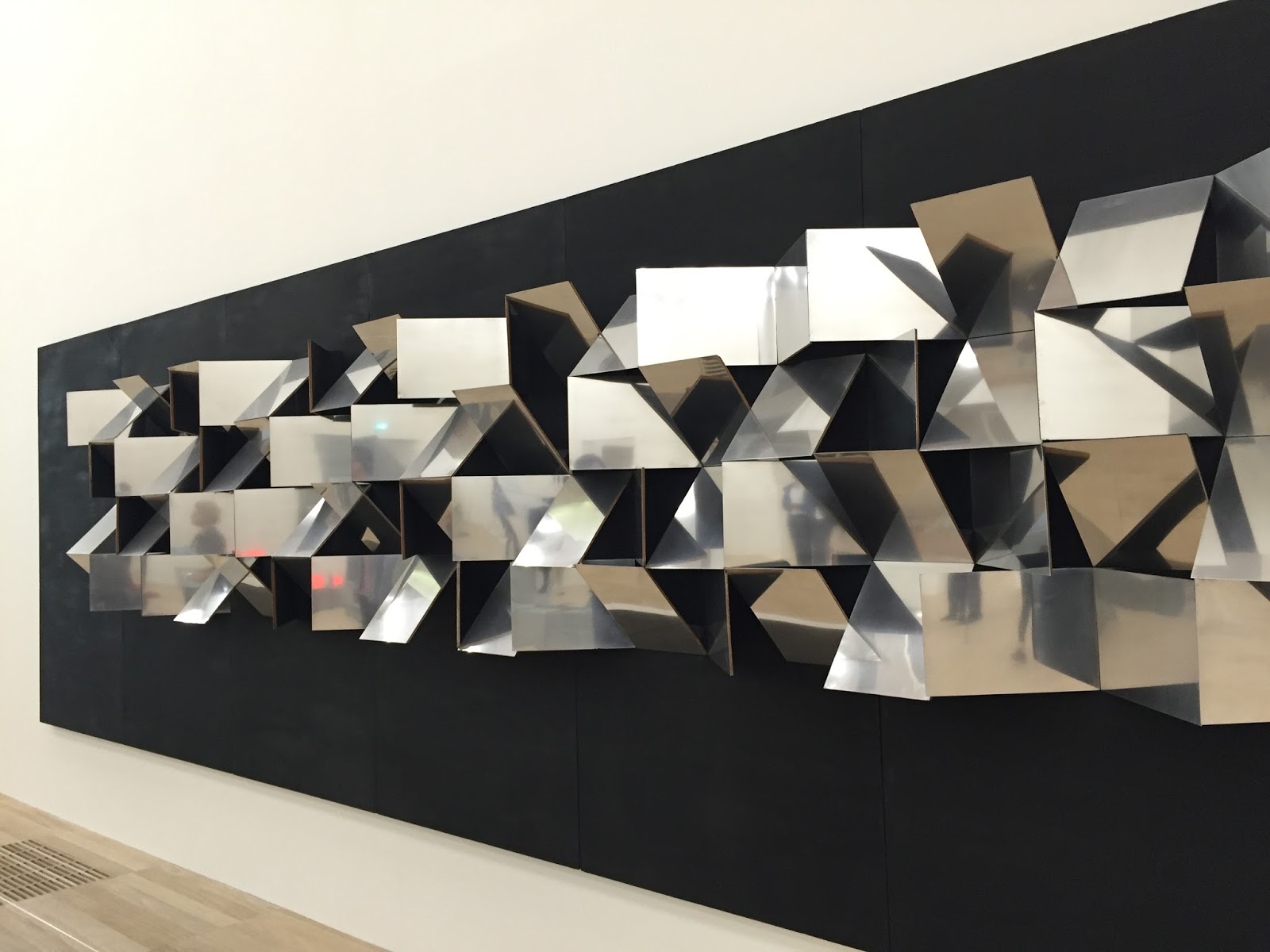