So I’ve been back from Italy for just over two weeks now and I still haven’t really given you an update on Milan Design Week. Sorry, some technical hitches got in the way 😉 If you’re on social media you could not have failed to notice the design world was consumed by the most important design event of the year, Salone del Mobile. I even wrote an article over here about how easy it is to be consumed with FOMO during Milan Design Week. The feeling you’re missing out on a design gem or that someone has unearthed the best installation is almost unshakable when you are
in Milan as social media just about explodes. First up the EuroCucina trends. Eurocucina is the bi-annual kitchen show at Salone Del Mobile and a big draw during Milan Design Week. 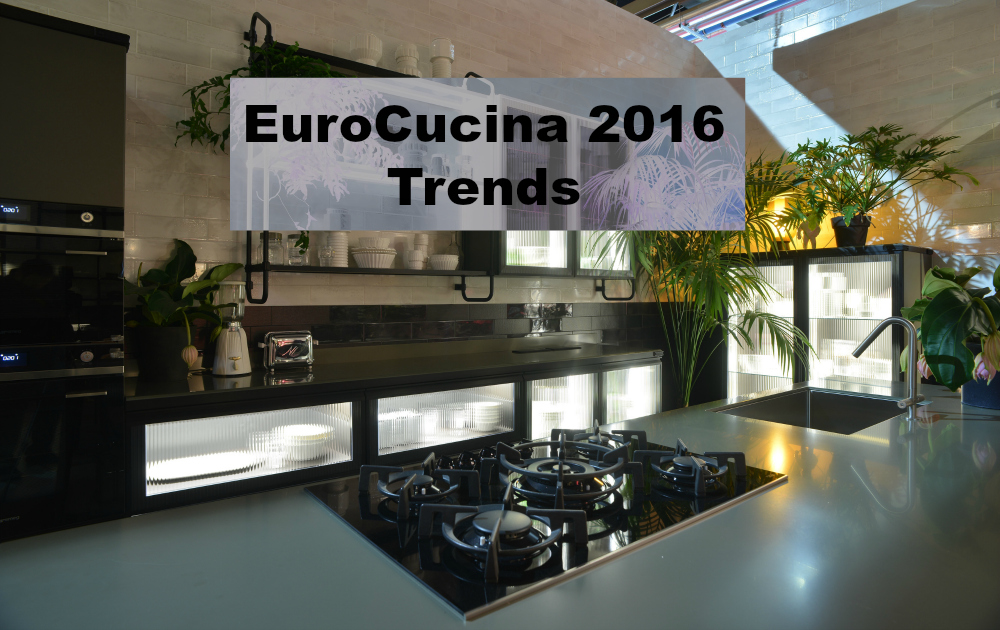 I thought I’d kick off my walking you through my Eurocucina highlights. Every two years the fair hosts EuroCucina, a biannual specialist show that highlights innovation in kitchen design. With a focus on technology, the exhibition showcases designer collaborations as well as innovation in appliances and kitchen furniture design. EuroCucina
is an important show in the world of design, as it forecasts the trends across European kitchen design. As the worlds’ press and important buyers and designers also descend on the show it generally predicts where Global trends might lead, particularly in the luxury sector. So here are my picks from the key trends that stood out at Eurocucina in 2016:


The hidden kitchen
was a ubiquitous 2016 trend spotted on many stands at Eurocucina (and elsewhere during Milan Design Week). Minimalist in approach these kitchen designs were seen in both luxury materials, like the monolithic stone islands
by Strasser and with industrial/pro kitchen elements as seen at Valcucine.

Strongly supporting this trend was appliance integration, with many brands presenting product designs intended to be concealed behind cabinetry to better show off the kitchen’s clean lines. For example, Liebherr and Miele introduced a number of appliances that lacked their door handles and in a number of different sizes, allowing them to be better integrated with cabinetry for a smoother, more seamless look. As in kitchen technology downdraft extractor hoods were a feature at Eurocucina. Unlike traditional extractor hoods, which are installed above the kitchen’s cooking area, these appliances are installed at the same level as the cooking surface and use powerful suction to draw fumes downwards during cooking seen at Bora and Falmec. 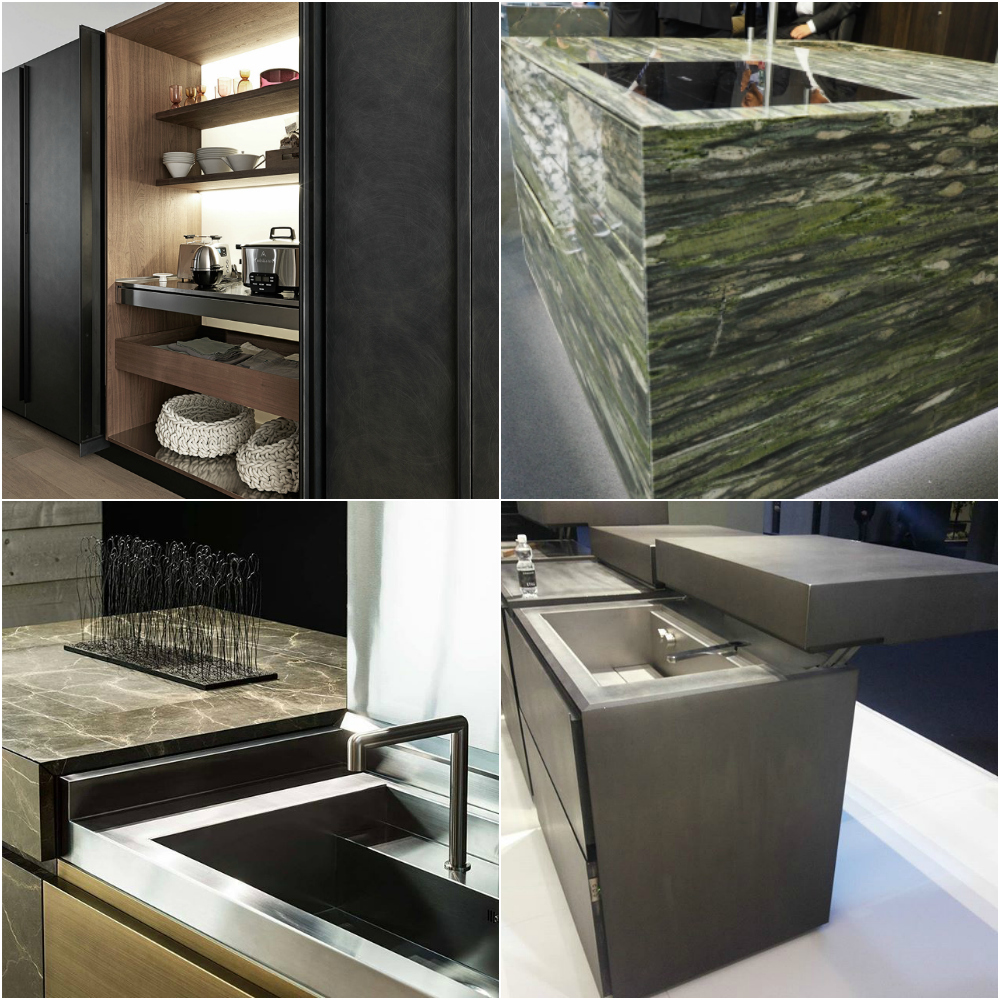 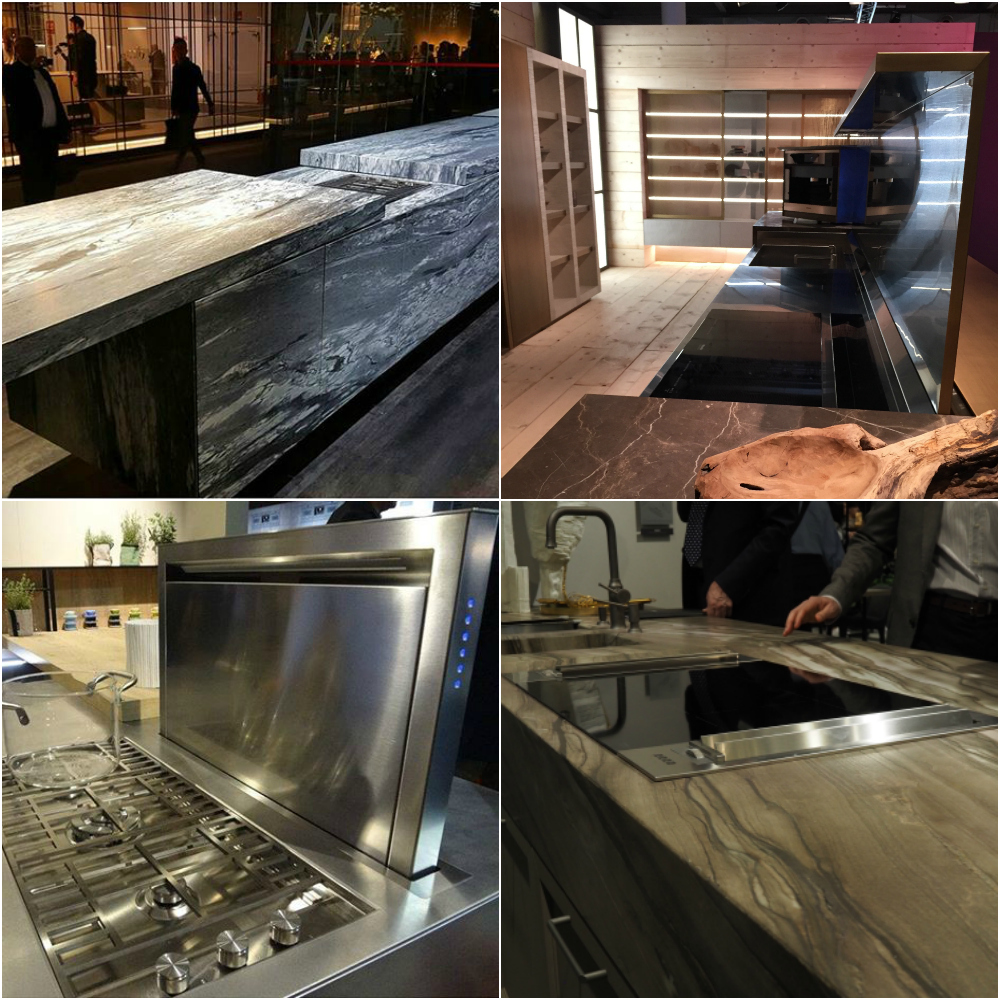 The hidden kitchen is still a trend with mileage it seems and several companies at this edition of Eurocucina showed moving surfaces that covered hobs and sinks.  In fact, there were plenty of designs to make things disappear. With all these hidden sinks, hidden hobs and hidden storage it was almost like they weren’t kitchens at all. Doors that enclosed whole works spaces at Pedini and completely hid the kitchen from view were prevalent and seen in many different elegant finishes but all with clean lines in mind. Plenty of brands showed remote controlled elements – coffee machines, induction hobs, extractor fans, countertops that raised to reveal hidden shelving storage underneath and even sinks that virtually disappeared as seen at the Tulèr kitchen for Offmat.  I particularly enjoyed the remote controlled elements of TMItalia‘s three kitchen designs. Brands making the most of this trend were Rossana with their K-in and K-out kitchen who showed whole sliding countertops, Strasser showed monolithic kitchen islands that could
have been straight from the quarry, the Dada booth was one of EuroCucina’s most stylish with lots of sliding elements and Steininger showed one of the most minimalist looks.  While the brands all offered something different the crux of this trend allows the kitchen to discreetly be incorporated into living spaces making a kitchen much more adaptable for entertaining. 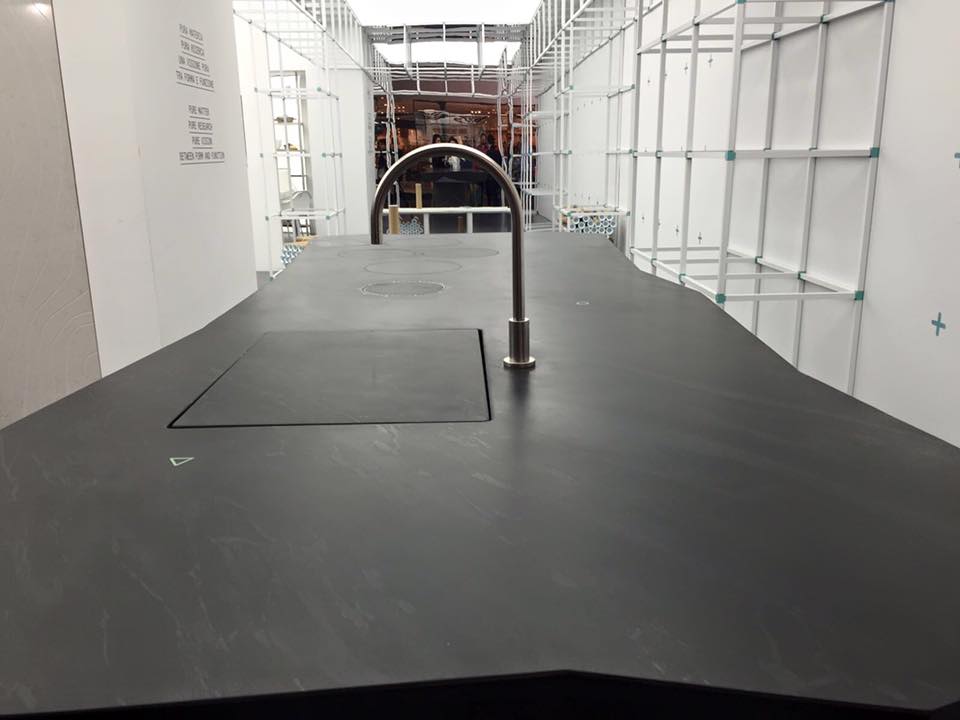 Also on prevalent throughout the show was the use of mixed metals and mixing surface finishes. This lent a particularly glamorous air to many kitchens, especially when combined with retracting and movable countertops. Glam kitchens are sure to catch on especially when combined with darker wood and cabinetry. Those companies really making the most of this trend were Rossana, Porcelanosa and Arclinea 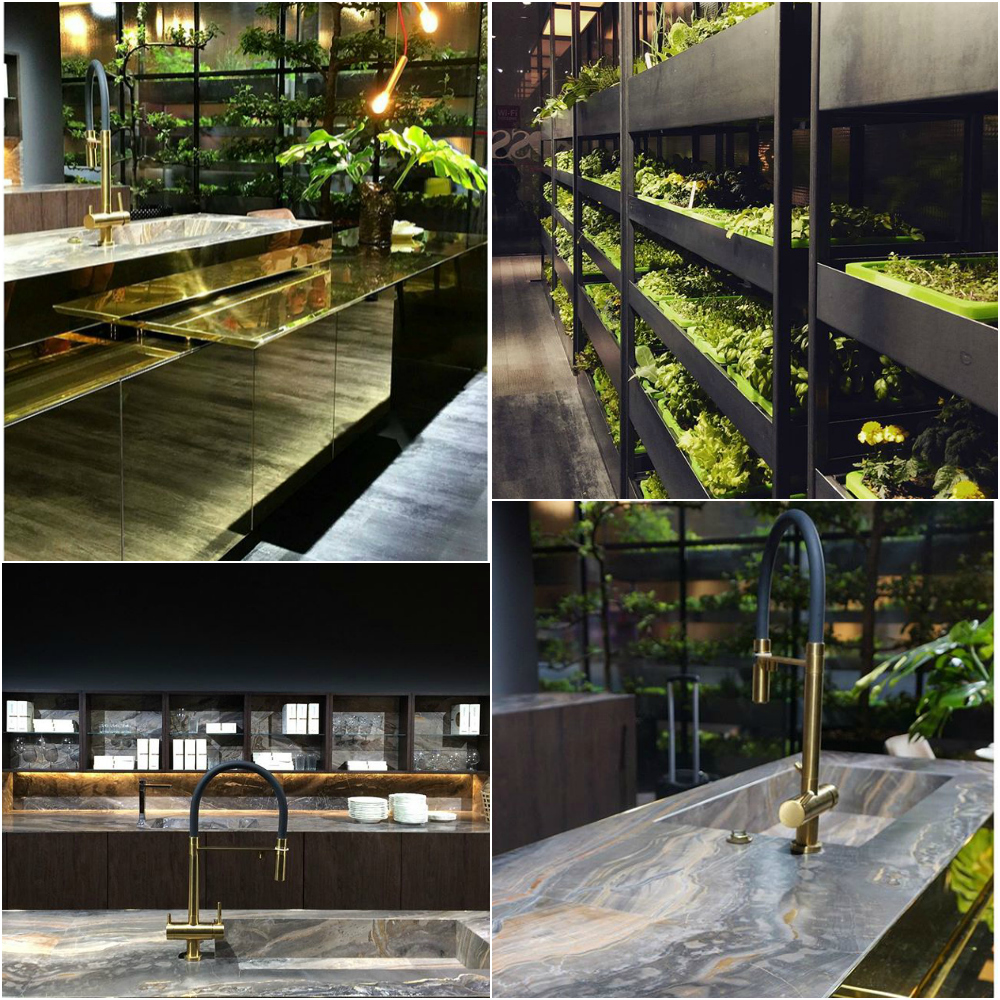 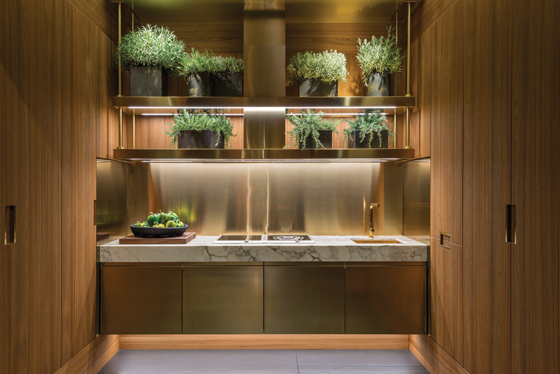 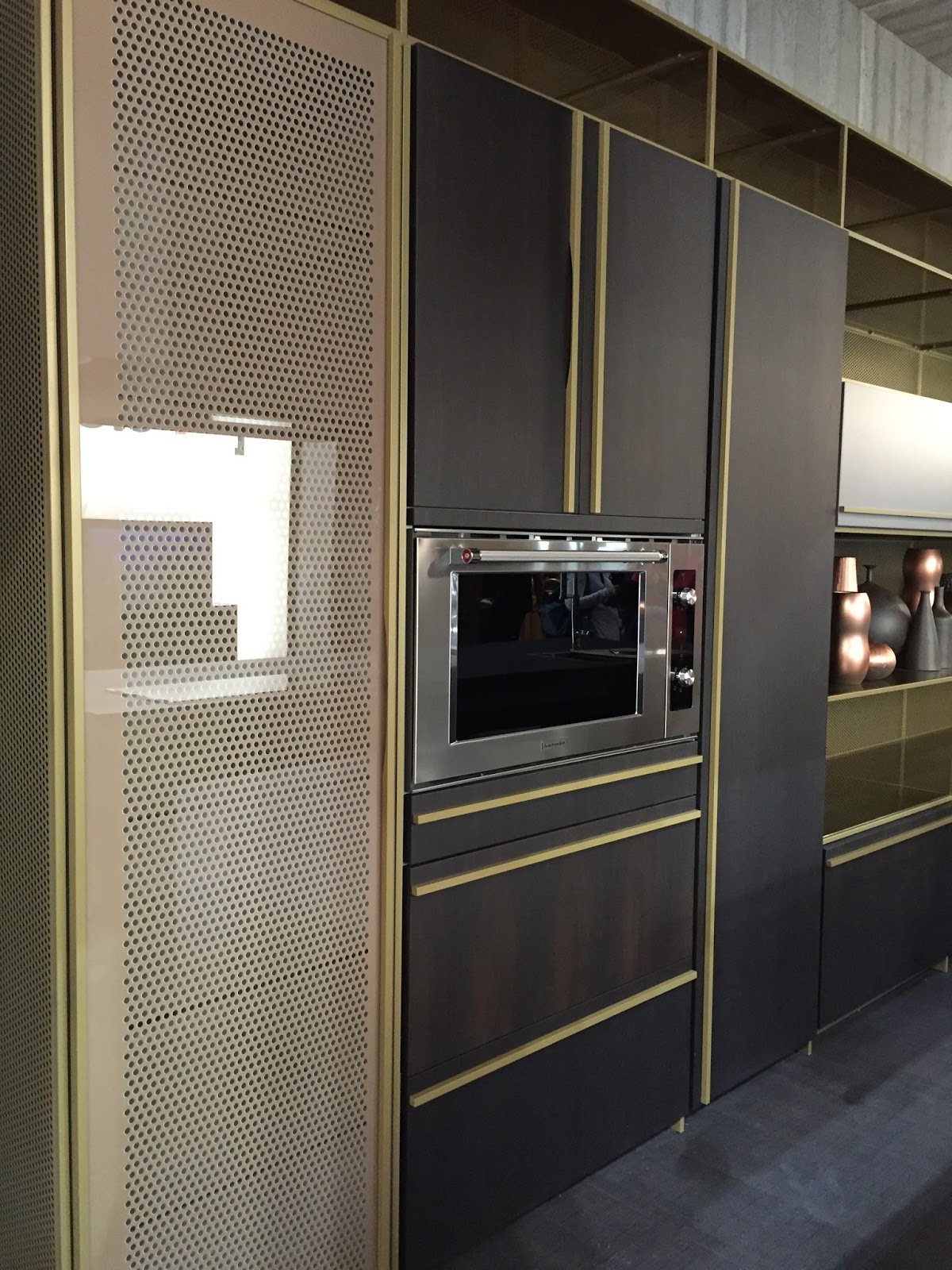 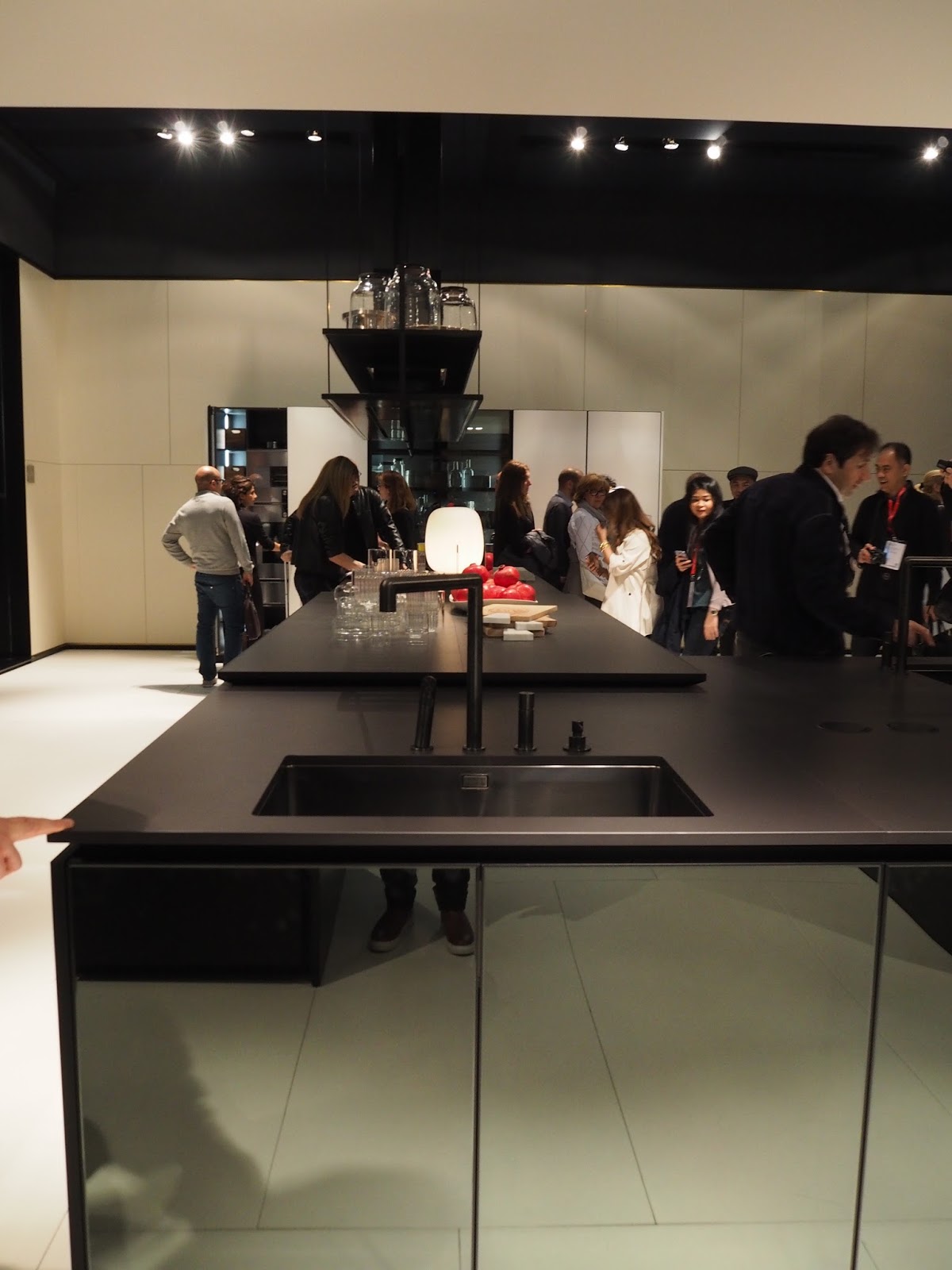 If you enjoyed reading about EuroCucina take a look at my other posts on Milan Design Week or on kitchen design here.