I tried to think of all sorts of
clever titles for this post, but they just started getting a bit steamy.  By modern standards I was probably late
experiencing my first ever salon beauty treatment. I was at University, working
as a sales assistant at the weekends and about to go on a date with the man
that would become my husband. It was a basic Clarins facial in Selfridges,
London.  In just two short years I was
working at Selfridges, responsible for recruiting the beauty hall staff and
that’s when my spa and treatment fixation really took hold. In fact I was hooked.

The
idea of medicinal bathing has been around since Roman times, it is thought that
the term ‘spa’ is an acronym of the Latin phrase ‘sanitas per aquas’ or
health through water. Whatever the original meaning, today the word spa suggests
a way to indulge yourself while improving your health.  I can remember my first ever thermal spa
experience at the now defunct Sanctuary in Covent Garden. At the time I thought
it was quite good (although a bit grotty in the corners, if you know what I
mean).  But that was before I experienced
the lovely C-Side at Cowley Manor. Then
I realized what spas were meant to be like. C-side is a completely laid-back
wellness space with slate-lined pools and Cotswolds stone walls and herb-based
products. It was a blissful two-night stay not long after Cowley Manor had
opened.  I still think back to it fondly. 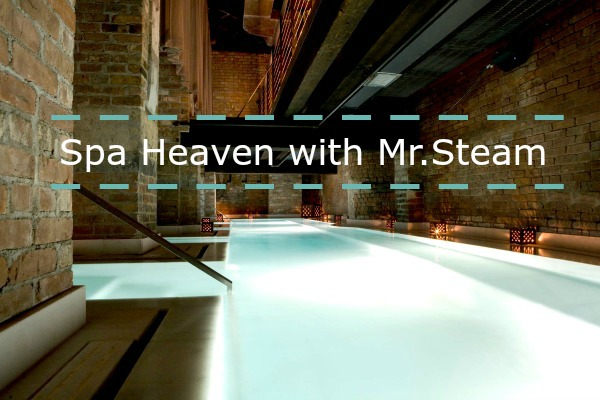 Recently on my
trip to New York with modenus #BlogtourNYC I visited one of the best urban thermal spas in the world, Aire Ancient Baths in TriBeCa. All courtesy of
mr.steam, the company that made the actual steam generators used at Aire. It
was such an oasis of calm after a hectic week of walking around the city.
The spa itself is a beautiful soaring, candlelit subterranean hub
of tranquility. If you didn’t know otherwise, you’d be surprised to know
you were in lower Manhattan with the bustle of people and cars just outside the door. The
subterranean space feels like you’re in the depths of an industrial building
(which it once was) or possibly even the crypt of the cathedral. The
interior was designed by the Spanish firm Alonso Balaguer y Arquitectos
Asociados and is a breath of fresh air, if you are tired of the same-old
whitewashed clinical spa experience. 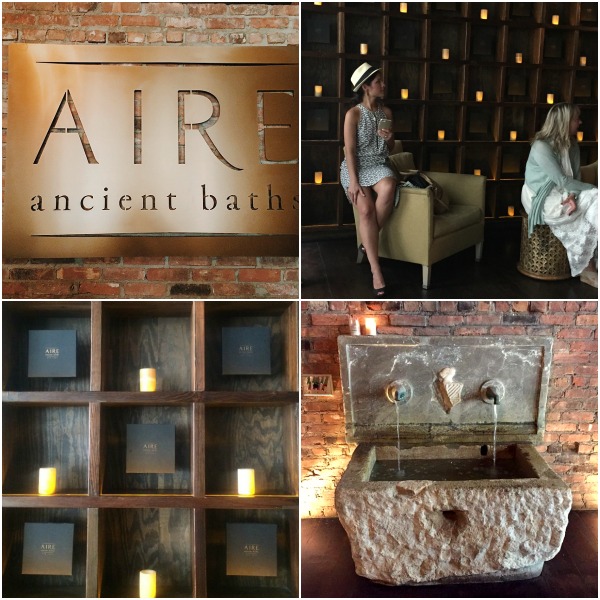 There
are six baths, a large steam room and several communal massage chambers in a
kind of Middle Eastern Haman style. There is a lot of exposed brickwork, raw
metal, marble tiles (Sand Home White Almeria by
Porcelnosa) and large metal lanterns sourced
from Morroco. In using this simple selection of materials the 16000 square feet
is absolutely breathtaking and super relaxing and the embodiment of Wabi Sabi (beauty
that is imperfect or incomplete). 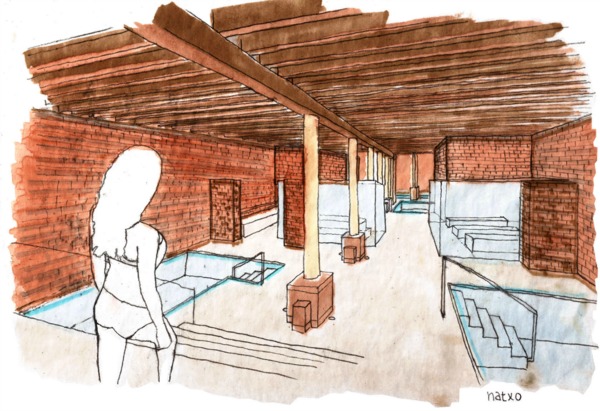 I
spent two hours mooching around the pools and I also enjoyed a massage. The
pools are all at different temperatures and levels of salinity or bubbles. The
two coldest pools were 61° and a chilly 46°. It’s said to be good for your circulation, bringing blood to your capillaries and is a centuries old health giving
practice. Between the salt pool and the steam room my skin became silky smooth
and much more hydrated. My poor tired legs and achy feet thought this place was
remarkable.  My brain also relaxed as the
steam and water worked it’s magic. In fact I was a puddle of mush by the time I
left to be honest, and my senses were all zen and calm. 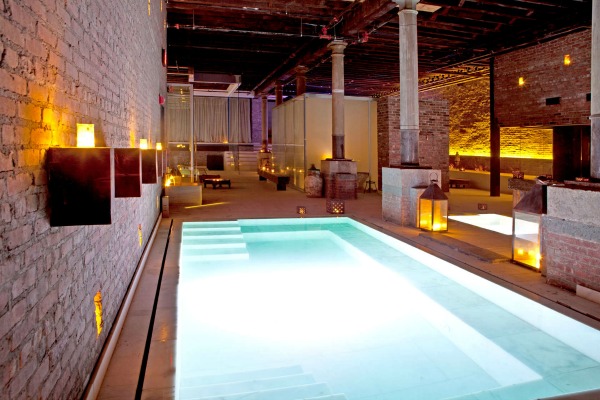 The steam units
at Aire are made by mr.steam www.mrsteam.com.

This fantastic
company also makes units for your home. If like me you live in a house with a
miniscule bathroom you might think you can’t incorporate steam functionality
into your bathroom routine but you’d be wrong. If I could get this kind of calm
Zen-like quality at home on a regular basis I think I might have to renovate my
bathroom! Here in the UK mr.steam generators are stocked with Nordic Saunas & Steam Ltd. 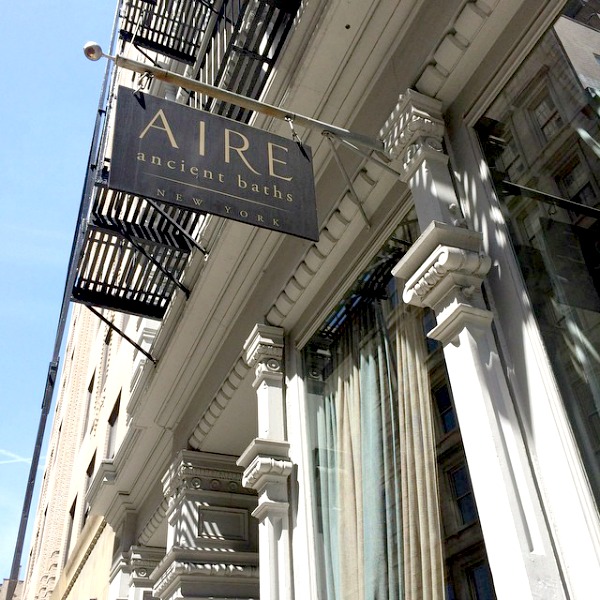 At
the end of my couple of hours at AIRE ancient baths I emerged feeling totally relaxed, almost like jelly and VERY VERY clean.

Photo’s by Mary Middleton and architizer.com