Currently in my hallway is a
line of packed suitcases and none of them are mine. I’m not the one going
travelling and this makes me a little bit miffed. My dear husband is off on his
travels again, I know I shouldn’t be annoyed, in fact I will miss him
lots. But it’s the fact that my DH is off to Tokyo for business and will visit Japan
(again) that I’m narked at.  Japan is right at the top of my bucket list of
places to visit.

I couldn’t just fume in
silence, especially as it’s thoroughly unjustified; I needed a trip of my own
to look forward to. So I’ve booked one. Yes, I’ve booked a trip to Paris in
September. It isn’t quite as “so there” childish sulk as its sounds (I
promise). I do actually need to go to Paris for Paris Design Week. And I cannot
wait; it’s going to be fantastic to visit Maison & Objet and the satellite
shows. My very dear friend is actually off to Paris this weekend, so I thought
I’d share a few pointers on where I thought was worth visiting. 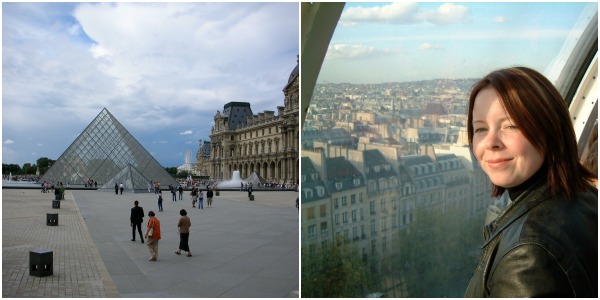 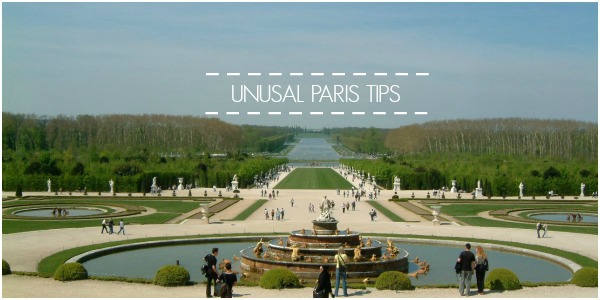 Where better to start, than with
where to go to get Japanese food in Paris. I know I know I’m clearly miffed. I
highly recommend Takara apparently a
favourite of the fashion designers Victor and Rolf. Takara actually opened in
1958 and claims to be the oldest Japanese restaurant in Paris, I don’t know if
any of that’s actually true but it does serve a really good Japanese menu. The
staff are really helpful, very friendly and wear kimono’s.  When I ate there a couple of trips ago the
set menu included a fantastic green tea ice cream, which was so yummy. It’s
also really close to the Louvre.  Address: 14 rue Molière
75001 PARIS

Another refuel stop close by
to the Palais Royale garden itself, is Café Kitsuné which is a great stop for coffee and a cold press juice if you’re pounding
the streets shopping or sightseeing. It’s standing room only but its worthwhile
and a take out to the gardens is a splendid idea if the weather is good.
Address: 51 Galerie Montpensier 75001 PARIS oh and did you know Kitsuné
means fox in Japanese.

No trip to Paris is complete
without an afternoon stop-off for some wonderful patisserie. Something flaky, buttery,
creamy and a surefire way to get your sugar hit. I’d recommend a visit to the airy
white space on the left bank that is home to patisserie CIEL. They serve tiny
little sponges in fantastic flavours, all Japanese inspired of course. Address:
3 rue Monge 75005 PARIS

Another patisserie I’d really
like to try when I’m next in Paris is called Sadaharu Aoki, have you guessed it’s
Japanese again! The fun thing here though apparently is that you can get a
green tea croissant and I really I want to taste that.  Address: 35 rue de
Vaugirard 75006 Paris and Galleries Lafayette gourmet.

I can’t write a post about all
things Japanese in Paris without mentioning fashion and style. Rei Kawakubo of
Comme des Garçon and Yohji Yamamoto are firmly established on the Paris fashion
scene.  The most striking retail interior can be found at the flagship Yohji
Yamamoto store on Rue Cambon.  The concept is taken from his
Japanese roots and he has incorporated with the help of Sophie Hicks (who designed
the space) a fantastic shoji paper screen. It sits in the window, made of folded bird like sculptures
that are suspended in the all white space. It’s very serene and impressive.  Address: 4 rue Cambon 75001 Paris

The Comme des Garcons store on Rue Saint Honore is a bit of a find. It’s located in a quiet patio in one of the tall Parisian houses and
like many of their stores it’s a bit of a wonderland. Lots of red lacquer on
walls and tables and amazing pieces of art. It’s a fairly impressive space even without the clothes. Address: 54 rue du Faubourg
Saint-Honoré 75001 PARIS

On my next trip to Paris I’d
really like to visit the new Maison Kitsuné shop that opened earlier this year
in the Marais  district. The interior has
taken inspiration from David Hockney and I can’t imagine what all that the
colour must be like. Address: 18 boulevard des filles du Calvaire 75011 PARIS

Do you have any Paris recommendation for me? If so do you get in touch, I’d love to hear
all about them.