It’s that time of year again when London
turns crazy for design… I think London’s crazy for design all the time but it
up’s the ante in September every year for London Design Festival. If you’ve lost track with what’s on,
here’s a few not to miss:

I’m hoping to get along to several
happening during the festival. Including the place called
home installation which is this years London
Design Festival Landmark Project in Trafalgar Square  I’ll also be at the #tweetup at 100% Design where I’ll get to see the new product launches and
meet designers at Decode (stand L122), Case Furniture (L112), Barnby and Day (L326), Pinch (L220) and Young & Norgate (L120). If you want
to take part you could also have the chance to *WIN* a Halcyon lamp by Anthony
Dickens for Decode and a Cross side table by Matthew Hilton for Case
Furniture.  All you need to do is Instagram your favourite design finds
from the participating British design stands using #interiorstweetup for
entry in the giveaway. The winner will be announced via Twitter at the end of
the tweet-up. 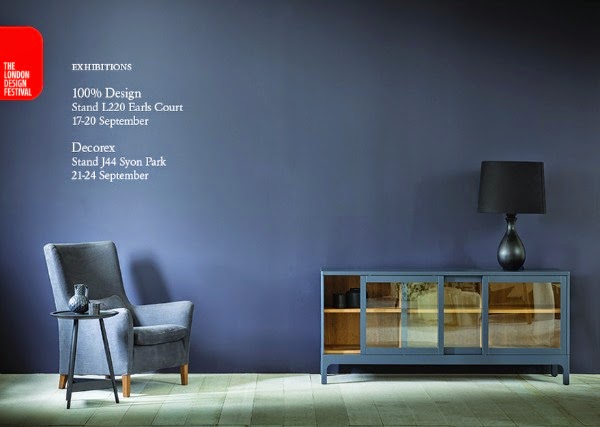