Horsey is a favourite word of my son’s at the moment
and I think its mine too after yesterday’s visit to Masterpiece
London. My
favourite stand by a mile was Sladmore’s exhibition by the artist Nic Fiddian-Green. Nic is famous for his glorious oversized sculptures of horse’s
heads with probably his most famous being the 30ft Still Water at Marble Arch. 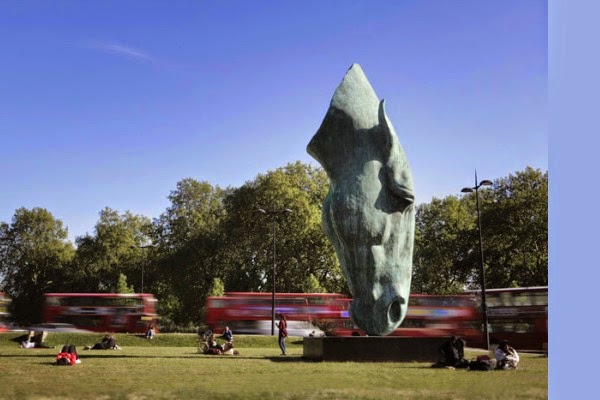 The
stand was a recreation of Nic’s studio in Surrey including the “real life”
rubble and detritus that goes along with a personal and creative space. You
know, the odd 13 amp fuse, torn bits of newpapers, tacks and a half eaten apple
– this was not a clinical portrayal of his space but an artfully recreated
unstudied space. Nic seemed delighted that we were just as happy looking at the
tacks as his impossibly beautiful sculptures. 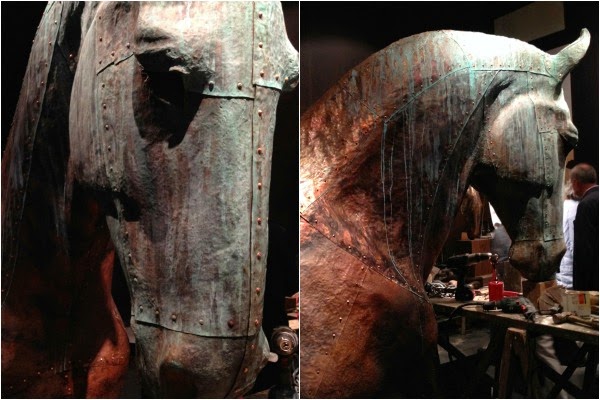 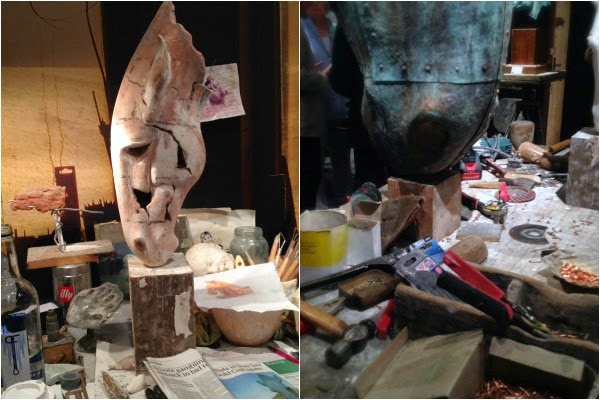 I
was particularly taken that he took the time to explain ancient
‘lost wax’ technique that he uses to create the smaller bronzes and to expand
on his inspiration for his lifelong series, a fifth-century B.C. carving of the
horse Selene at the British Museum that he saw in his Chelsea School of Art
days.  Nic is working
on the stand and his charcoal artwork is “tinkered” with daily, “I keep adding
more black, it might (the head) just disappear”. 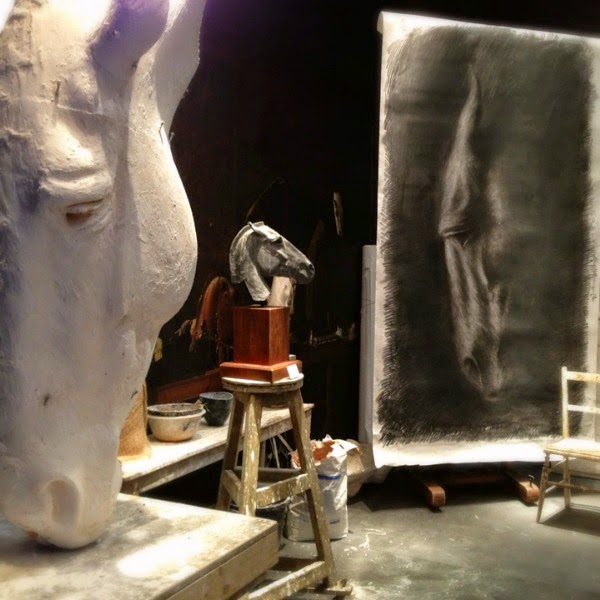 He has perfected the form of the horse’s head
and it’s a joy to see up close and personal.